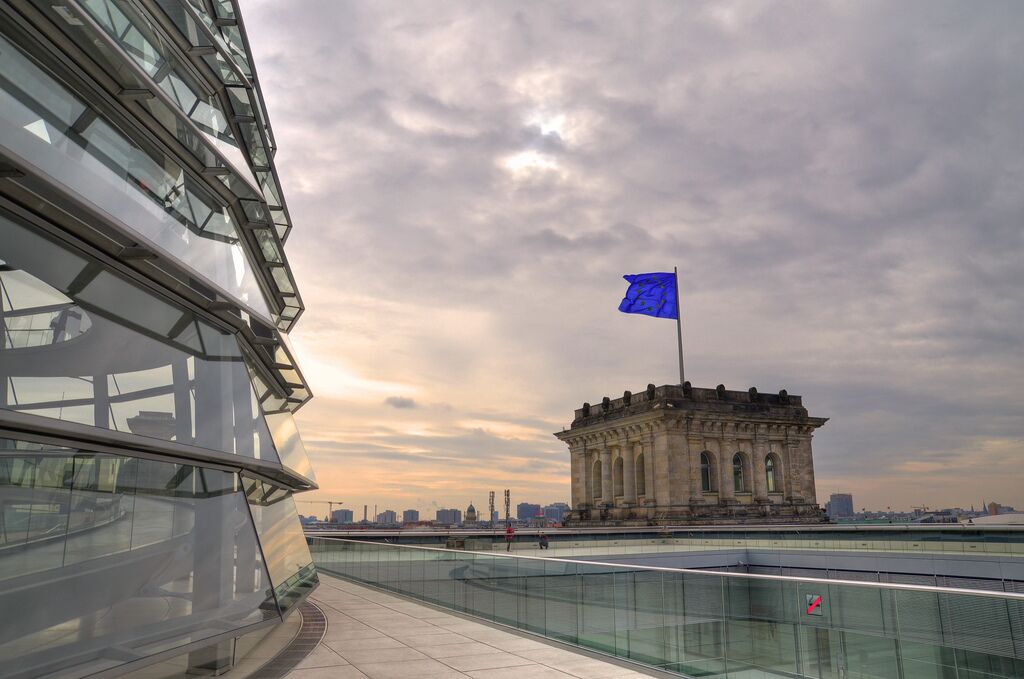 Germany is filling a power void in Europe. Coincidence?

“Germany has created an accidental empire,” German sociologist Ulrich Beck said on March 25. In an interview with europp editors Stuart Brown and Chris Gilson, the professor at both Munich University and the London School of Economics invoked the memory of the last “accidental empire,” Great Britain. But he stopped short of calling Germany a military power—which Britain was. Germany’s de facto empire has an economic power base, not a military one, he proposed.

In the turbulence of the ongoing European financial crisis, one nation has emerged from the storm as the clear leader of the Continent. For the third time in a century, Germany has set itself apart as the top dog in European economics and politics. The Berlin-led bailout of Cyprus proved that point in a tangible way.

That’s just the way it happened to turn out, some may argue. But is this true?

Other analysts are beginning to catch on to what the Trumpet has forecast for years. Jakob Augstein’s Spiegel Online column gives a slightly different take than Beck: “Out of this euro crisis is emerging a conflict over German hegemony in Europe. It looks to be based on economics, when in fact it is based on the politics of power. … Indeed, Merkel’s idea of European integration is simply that Europe should bend to Germany’s political will” (March 25).

Could Germany’s power position be somewhat intentional? Several European countries think so, and they have cried out against Germany in the past year. Greeks and Cypriots protested German-backed austerity, going so far as to make a caricature of Chancellor Angela Merkel with the infamous mustache of a previous chancellor.

Germany called the shots in the bailout of the tiny island nation of Cyprus. When the terms were announced, Cyprus balked. Even Western media outlets recognized the potential for the bailout to bring down the eurozone. However, Germany didn’t back down, and for the first time in bailout history, a large portion of the money to finance the nation’s end of the bargain came directly from its own bank depositors—and it was largely Germany’s idea.

A controversial statement by Jeroen Dijsselbloem, chair of the eurozone finance ministers, caused some Europeans to worry that the same method used in Cyprus would be implemented in other financially floundering countries like Spain or Italy. The spread of that idea could cause panic leading to massive bank runs in crisis countries—definitely something the EU wants to avoid. Dijsselbloem later “clarified” the statement, which only served to cause more of a muddle over future bailout procedures.

On the other side of the controversy, Germany feels the tension. And Germans feel they should be receiving support, not criticism.

“Germany is bringing a spirit of solidarity so that ultimately there is a perspective for crisis countries,” German Justice Minister Sabine Leutheusser-Schnarrenberger told Muencher Merkur last Wednesday. “So I wish that individuals at the highest levels of the EU—the Commission president and the Council president—would also show solidarity with us and defend Germans against unjust accusations.”

Germany has become the creditor of Europe. And “the borrower is servant to the lender,” as the proverb says. If a eurozone member needs a helping hand, Berlin will offer it—but at a price.

Are these recent events just the early stages of an economically-tiered European structure? Just a week ago, Trumpet columnist Ron Fraser wrote of the possibility of a “two-speed” Europe, referencing German think tank Friedrich-Ebert-Stiftung. Mr. Fraser wrote that “the foundation believes that the most likely outcome of the current euro crisis will be ‘the formation of a smaller union around the German center (“Kerneuropa”), while the EU continues parallel in the form of a sort of greater free trade zone.’” The events of the last two weeks show an increasing trend for European policy to revolve around Berlin. Is that a coincidence?

“Germany Soon to Rule Europe,” headlined the front page of the Trumpet website back in June 2005. The prophetic headline was written before Merkel had even been elected. The lead paragraph says it all: “Germany is the most powerful nation in the EU—certainly the most populous and arguably the most influential. But its influence till this point has been relatively subtle compared to the position of power it will attain in the near future.” Suddenly Germany’s influence doesn’t appear to be so subtle. Is that simply happenstance—or something more?

Will Germany’s aggressive policies precipitate bank runs in other failing European economies? A real possibility for panic lies in the European financial sector, which is the reason for Cyprus’s extended bank holiday and the numerous financial restrictions imposed since its banks reopened. We are witnessing an economic situation where Germany holds the key to other nations’ financial stability or collapse—and it no longer even hinges on policy, but on perception! One word from Berlin could potentially trigger economic implosion in faltering countries.

“The German Federal Constitutional Court, the Bundesbank and Chancellor Merkel are acting like the center of Europe, to the exasperation of our neighbors,” said former German Chancellor Helmut Schmidt. Schmidt also feels that part of the German public is prone to have a “national-egotistical view” of their country. As Augstein brought out, a man who lived through the entirety of fascist Germany and World War ii would not use those words lightly (op. cit.).

Germany has created an empire, and it is not by accident. It may be economically driven right now, but it will soon have organized military might behind it. This may take the world by surprise, but it won’t shock those who understand the prophecies in the Bible.

The German people have a tremendous capacity for innovation and engineering, as well as unquenchable loyalty to a strong leader—all qualities that the Almighty God will use powerfully in the coming era of peace that will soon be ushered in by the living Jesus Christ. But before that time can come, that war-prone nation is prophesied to become a great conquering power in not just the European continent but the entire globe.

For further explanation, read Germany and the Holy Roman Empire and The Wonderful World Tomorrow: What It Will Be Like.