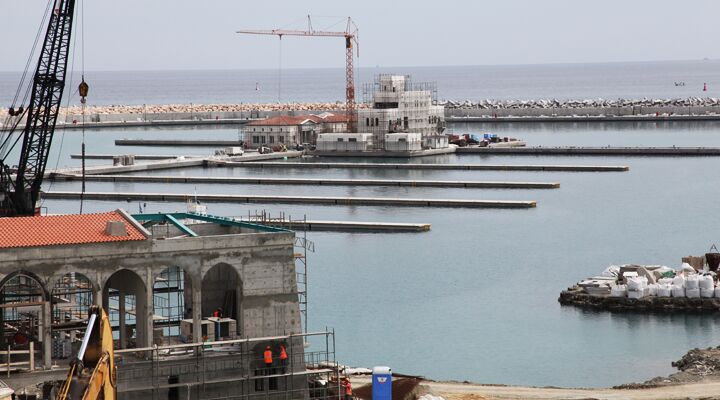 One commentator gives an intriguing observation about Russo/German antics in Cyprus.

Sometimes a non-mainstream observer of the world scene comes up with real food for thought. Such was the case this week when British blogger Alexander Boot reflected on the actions of Russia and Germany in regard to the Cyprus situation.

Boot asks an obvious question, “The question is why the ecb and imf, which is to say Germany, made this raid a precondition for the bailout of Cyprus? After all, they were more lenient when bailing out Portugal, Ireland, Greece and Spain. Why single out Cyprus for rough treatment?” (March 19).

Attending to his own question, Boot retorts, “The answer is obvious: Cyprus is a floating refuge and laundromat for dirty Russian money.”

But he then goes on to address the larger strategic question of why Russia is so enmeshed with Cyprus: “But it’s more than just about exerting influence on Cypriot politics—potentially the Russians hope to gain the elusive prize they’ve been pursuing since the late 16th century: a foothold on the Mediterranean.”

Then Alexander Boot points to the numerous strategic deals concluded both in secret and, where convenient, in the public eye between Russia and Germany: “The 1922 Rapallo Treaty, the 1926 Treaty of Berlin, the 1939 Non-Aggression Pact and Treaty of Friendship all had their secret protocols that left the rest of the world none the wiser.”

Boot then makes an intriguing observation: “The German raid on Russian money in Cyprus (to call a spade a spade) is ostensibly perceived in Russia as a direct attack. Putin immediately described it as ‘unfair, unprofessional and dangerous,’ but one can almost see his eyes light up.

“For, unlike the previous German attack [World War ii], this one can conceivably turn Russia into a Mediterranean power. Gazprom, the world’s biggest producer of natural gas, has already offered to restructure Cyprus’s debt in exchange for exclusive exploration rights on the island. The Russians are also prepared to underwrite the whole bailout for the right to use a naval base on the island.”

So where are these latest Russo-German shenanigans over the Mediterranean leading?

Boot maintains that “It’s highly unlikely though that the Germans didn’t consider the Russian angle before launching their confiscatory raid. Yet they pressed ahead, which raises all sorts of possibilities.

“Could it be that yet another deal between Germany and Russia has been struck? After all, historically the two countries have demonstrated their ability to conclude secret treaties whose ramifications become known only decades later. … [T]he propensity for underhand, backstage dealing in both the EU and Russia leaves much room for educated guesses” (emphasis added).

Five years ago, Trumpet editor in chief Gerald Flurry indicated that behind closed doors, Russia and Germany may well have already made a pact.

Whether that pact included a deal that would give Russia access to Mediterranean ports is unknown. Perhaps the ink is not yet dry on that score. Either way, as our editor in chief has declared, Germany, now holding the whip hand over the strategic island nation of Cyprus, will not yield its ground. But that does not discount a friendly, though temporary, deal between Russia and Germany over bailing out Cyprus banks in exchange for free, though again temporary, access to its port facilities. Such a deal would have to at least be seen to work in the short-term strategic interests of both nations. A tradeoff on access to energy resources could be the catalyst.

Keep watching Cyprus for the outcome of the grand game of control of Europe’s “soft underbelly,” as Winston Churchill called it, the highly strategic Mediterranean Sea.

Our booklet Germany and the Holy Roman Empire gives greater detail on the developing situation in the Mediterranean.