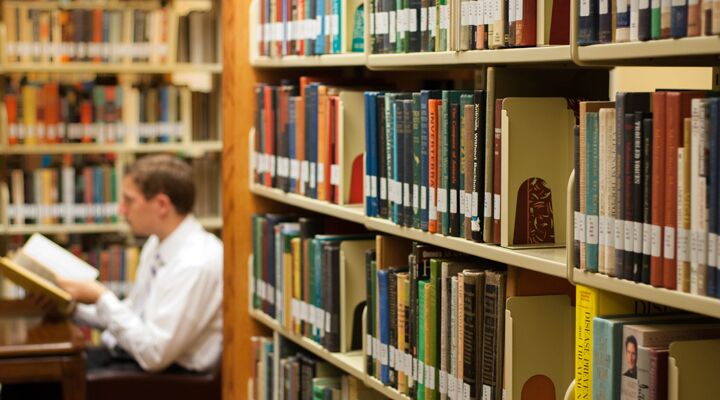 Preserving a legacy established by God in 1947

Are you aware of the recent demolition of the library building on the former campus of Ambassador College in Pasadena, California?

On New Year’s Eve, 1946, Herbert W. Armstrong spent the night as guest in a home which would, by July 1, become Ambassador College. He recalled it as the “present library, which we then called ‘the college,’ for the simple reason that it housed all classrooms, library, music department, assembly—everything, except business office” (Autobiography of Herbert W. Armstrong, Volume 2).

This month, the president of Grace Communion International, formerly the Worldwide Church of God, wrote to his supporters commenting on the leveling of the library by its owners in preparation for a modern housing complex.

“… I am sure many of us will have a twinge of nostalgia,” he noted. “That building, like the campus, was a part of our lives even if we had never attended Ambassador College. It had served its purpose, and it was time for us to move on.

“We cannot—and should not—try to preserve the past when it is time to move on. I am thankful for Ambassador’s legacy, which is not made up of buildings, but of ‘living stones,’ working together to make the good news of God’s salvation known to many people, in many places, in many ways” (February 1).

What is the true legacy of that library? For those who care to know, it was established over six decades ago and bears a vivid reminder to us all.

The special 16-page January 1947 edition of the Plain Truth magazine announced the future college in Pasadena. It was the first to boast a front cover, and featured in its debut a picture showing the entrance to the new college.

“The Plain Truth and the broadcast will provide us with students,” Mr. Armstrong recalled in his autobiography. The Plain Truth edition succeeded in returning applications for faculty and student positions.

“The center spread, pages 8 and 9, had a large four-column picture showing a portion of the new campus. The article announcing the new college began on that page, with a four-column headline:x And now … OUR OWN NEW COLLEGE!”

The special feature went on to declare, “Ambassador offers superior advantages in location, beauty of campus, nature of courses of study, high academic standards, advantages in our special recreational and social program, cultural advantages, physical education, as well as in religious instruction.

“Ambassador is to be a general liberal arts institution—not a Bible school, ministers’ college, or theological seminary. It will fit students for all walks of life, offering a general and practical basic education. … There is no other college like Ambassador. It is, in a sense, a revolutionary new-type college … a forward-looking, progressive institution built on soundest principles, having highest goals and objectives, yet employing the best of proved methods of administration, and maintaining highest academic standards.

“But why should we establish and conduct a college in connection with this, God’s work? The reasons are concrete and vital. … The work has grown to a scope where called, consecrated, properly educated and specially trained assistants, ministers and evangelists to follow up this work in the field, have become an imperative need. The time has come; when God has given the answer, and moved miraculously to open the way before us. The only answer was a college of our own!

“Yet, the active ministry is different from every other profession in one very important respect. No man ever should enter it of his own volition. … A true minister of Jesus Christ must be specially called of God. And how may we know whether one is really called? Experience has shown human nature to be such that most who think that they are called are mistaken, and those who really are called invariably try to run from the calling! Jesus gave us the only test. ‘By their fruits,’ He said, ‘ye shall know.’ But the fruits are worked out by experience, and that requires time. For that very reason, our college cannot be a ministerial college—though it is being designed so that, should we be fortunate enough to find one out of 20 really and truly called to the ministry, that one will have been prepared and properly trained. … These considerations led naturally to the policy of making Ambassador a general liberal arts institution for all young men and women, regardless of future vocation, occupation or profession.”

The Plain Truth feature went on to provide details of the college, its facilities, curriculum and basic costs. Before concluding, it addressed the problems with this world’s education system—its drift into materialism and immorality. It declared to its readers that revelation from God was the foundation of true knowledge and the false theory of evolution had been falsely inserted as the foundation.

From the day the doors opened in 1947, from its only building, Ambassador College succeeded in its overall objectives. It was not without trial, test and miracles. As it expanded in California, it opened a sister campus in Bricketwood, England, and later in Big Sandy, Texas.

As God began opening doors in 1968 for Mr. Armstrong to personally deliver the Matthew 24:14 gospel message to world leaders, the profile of the college skyrocketed. Many of those world leaders, dignitaries and captains of industry made Ambassador College a destination. The construction of Ambassador Auditorium in the early 1970s further catapulted the college and the work of its founder onto the world scene as it supported numerous charitable and humanitarian endeavors at home and abroad.

By the mid-1980s, the Plain Truth had grown from the days of its first cover featuring Ambassador College library to nearly 8 million in circulation! The World Tomorrow program was on 400 stations, and the income of the Church reached $200 million. The Worldwide Church of God, Ambassador College, Herbert W. Armstrong and the adjuncts of his activities were household names.

This unprecedented favor of the world elite continued until the death of the college’s founder and the shunning of its founding spiritual principles by those entrusted to carry forward the work of God.

The thousands of students and hundreds of faculty who had the prized opportunity to attend this college established to honor the great God, are left individually responsible and accountable for applying the true education they received along with preserving the glorious past as typified by its historic beginning from that first building—the library.

One student who has proven such loyalty to this legacy is founder and chancellor of Herbert W. Armstrong College, Gerald Flurry. Not through lip service or revisionist historical musings, but through faith, sacrifice and total dependence on God, he has led a historic charge to raise the glorious past from the abject ruins it had become (Amos 9:11).

Over two decades of support from members, co-workers and donors of the Philadelphia Church of God have reestablished those spiritual traditions in honor of God. The Church leads its congregations around the world from a headquarters administration focused on reviving that work of Mr. Armstrong. It has revived the college and the cultural and humanitarian work in support of the gospel message being prophesied again (Revelation 10:11).

We here at the Trumpet work to preserve the glorious legacy of Herbert W. Armstrong, which enables us to move boldly forward as the Apostle Paul encouraged us, and “grow in grace, and in the knowledge of our Lord and Saviour Jesus Christ” (2 Peter 3:18).

After a six-year court battle with those who would rather bury and demolish Mr. Armstrong’s legacy, the fruits of our out-of-court victory included the very autobiography of the man world leaders dubbed, the “unofficial ambassador for world peace.”

That book was in Mr. Flurry’s personal collection when the Philadelphia Church of God began, then on the shelves of the smaller library of its original administration building, later on the library shelves of Imperial College of Edmond, and today resides in the sleek, modern and diverse library of Herbert W. Armstrong College.

It is indeed a miracle that God would permit numerous books, along with the music library, that were on the shelves of the very first college building at Ambassador, which made their way later to Big Sandy as the defunct church sought accreditation as a university, only to be sold and repatriated onto the library shelves to be held in the hands of Armstrong College students and faculty today.

That is what it means to be thankful for this legacy.