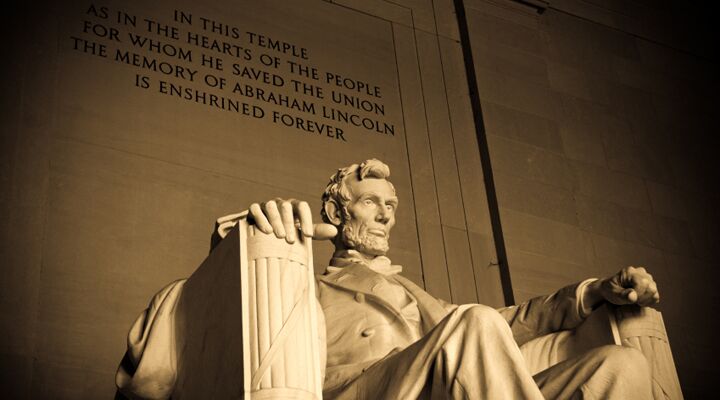 The recent State of the Union address by the U.S. president was rapidly followed on a major network by the promotion of the new Stephen Spielberg movie, Lincoln. Despite efforts to parallel himself with this great leader of the past, the content of Barack Obama’s address could not be further from any association with this famed and revered president.

Having had the opportunity to live in both the United Kingdom and the United States, I cannot help but recognize the unprecedented volume of national blessings showered upon these two nations, and their consequent geopolitical impact of the recent past.

As such, the squandering of that wealth by both nations begs questions.

In recent speeches from Prime Minister David Cameron regarding Britain’s future in Europe and the recent State of the Union address by President Obama, there is a glaring abyss between the spirit in reference to the past and the policy of the present.

How did these two nations come to receive all the great richness of the earth? Was it through our British and American genius, wisdom, vision, talents or superior authority?

Abraham Lincoln gives us the answer: “We find ourselves in the peaceful possession of the fairest portion of the Earth, as regards fertility of soil, extent of territory, and salubrity of climate. … We … find ourselves the legal inheritors of these fundamental blessings. We toiled not in the acquirement or the establishment of them.”

In his proclamation of April 30, 1863, calling for a day of national fasting and prayer, President Lincoln said:

It is the duty of nations, as well as of men, to own their dependence upon the overruling power of God … and to recognize the sublime truth, announced in the Holy Scriptures and proven by all history, that those nations only are blessed whose God is the Lord. … We have been the recipients of the choicest blessings of heaven. We have been preserved, these many years, in peace and prosperity. We have grown in numbers, wealth and power as no other nation ever has grown; but we have forgotten God! We have forgotten the gracious Hand which preserved us in peace, and multiplied and enriched and strengthened us; and we have vainly imagined, in the deceitfulness of our hearts, that these blessings were produced by some superior wisdom and virtue of our own.

“The fate of the nation hung in the balance when he issued that proclamation,” wrote Herbert W. Armstrong in his book The United States and Britain in Prophecy. “But today the threat to our fate is a thousand times more seriously hanging in the balance.” He continued:

And today we do not have a president or a prime minister with the vision, understanding and courage to bring our nations to their knees! Abraham Lincoln knew these great material blessings had not been earned, but had been given to our people by the God of Abraham, Isaac, and of Israel.And we should face the facts today and know that we were given all this vast unprecedented material wealth because God promised it, unconditionally, to Abraham. And He promised it to Abraham because Abraham obeyed God, kept God’s laws and commandments.The birthright blessing was denied our forefathers after Moses’s day because they refused to live by God’s laws. And today God warns us, through many prophecies in Jeremiah, Ezekiel, Isaiah, Micah, and many others, that unless we of this generation repent of our sins, and turn to Him with fasting, and with weeping, and earnest prayer, He will destroy our cities, all our fortresses, with the foreign sword; that He will punish us at the hand of a cruel one; that we shall be invaded, defeated, reduced to slaves. God help us to heed that warning!

Speeches by prime ministers and presidents are but hot air when their content is spiritually bankrupt and outside of the sacred and canonized Word of God, who established and blessed these once great powers.

Abraham Lincoln stated during the Civil War, “Unless the great God who assisted [President Washington] shall be with me and aid me, I must fail. But if the same omniscient mind and almighty arm that directed and protected him shall guide and support me, I shall not fail. … Let us pray that the God of our fathers may not forsake us now.”

“The Civil War almost destroyed America. Only the faith of Lincoln and the American people got us through that tragedy,” wrote editor in chief Gerald Flurry in his booklet Character in Crisis. “Today, Americans have departed from the ideals of our forefathers. We reason that religion and morality are nice, but certainly not necessary for the overall well-being of the nation. We have been led to falsely assume that private morality and public duty are separate issues. George Washington would have been appalled by such reasoning. And he was the father of our nation. Abraham Lincoln would have been appalled.”

Abraham Lincoln’s lesson for Great Britain and the United States is clear if only they had ears to hear. “God resisteth the proud, but giveth grace unto the humble. Submit yourselves therefore to God. Resist the devil, and he will flee from you. Draw nigh to God, and he will draw nigh to you. Cleanse your hands, ye sinners; and purify your hearts, ye double minded. Be afflicted, and mourn, and weep: let your laughter be turned to mourning, and your joy to heaviness. Humble yourselves in the sight of the Lord, and he shall lift you up” (James 4:7-10).

These are the spiritual words of wisdom for today’s faithless leaders. In priority over opinion polls, advisers, cabinet and ministers, God must be the adviser, the counselor who rules in the kingdom of men (Daniel 5:21; Isaiah 9:6-7).

If Prime Minister Cameron and President Obama would take the time to watch the award-winning Key of David program “Thanksgiving Lesson From Abraham Lincoln,” they would be reminded of the true greatness of a leader who relied upon God for prosperity and preservation of his nation.