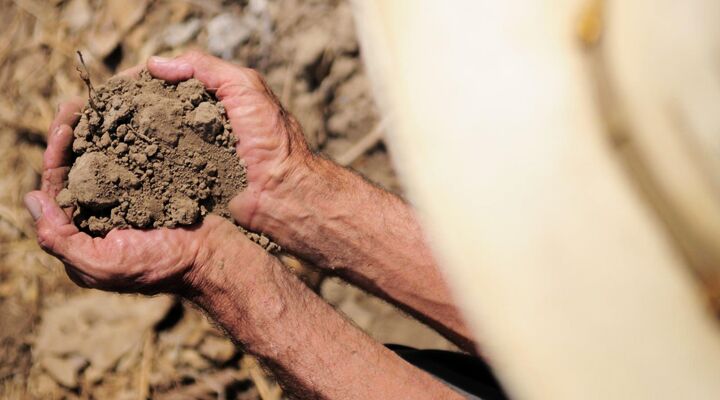 According to USA Today, “The catastrophic drought across the central usa shows no signs of abating as the nation enters the final full month of winter and moves toward spring.

“Parts of every state west of the Mississippi River except for Washington are enduring drought conditions, according to the U.S. Drought Monitor, a government website that is updated weekly.

“Climatologist Mark Svoboda of the National Drought Mitigation Center says there is ‘strong potential’ for significant impacts early this summer as the drought continues in the Midwest and central and northern Plains.

“The relative lack of winter in back-to-back years will place a much greater emphasis on the need for well-above-normal spring rains if the region is to have any real chance of shaking this drought, Svoboda said” (February 1).

Svoboda is right. What is needed across the central United States—and across the whole planet, for that matter—is rainfall in the right places, at the right times and in the proper amount. But that is going to be increasingly rare in the months and years just ahead—and for reasons most people would not expect.

Due to awesome advancements in scientific technology in recent years, meteorologists have gained better understanding of the physical factors involved in producing certain weather patterns that lead to severe droughts, floods or other catastrophes. Yet they admit they don’t know exactly why major global-impacting weather forces, such as high-altitude jet streams or powerful ocean currents, shift as they do.

Scientific theories and hypotheses abound. Who hasn’t heard of “global warming,” the “greenhouse effect” and “climate change”? It seems everyone is talking about it these days. Even U.S. President Obama addressed the topic during his second inaugural address, and used biblical language to promise action against the problem.

But the fact is, man cannot control climate change. Only a Supreme Being—the great Creator God—can and does govern the weather.

In our technologically advanced age, most forget or ignore the spiritual dimension behind weather upsets. Millions go about their lives with little or no concern for what the Creator of the universe is doing and what His purposes are for mankind. They fail to check into what is plainly revealed about this subject in the world’s best-selling book, the Holy Bible.

The Bible tells us that the Creator has set in motion specific spiritual and physical laws that direct life here on terra firma. Presently, Almighty God is allowing man to develop his own ways of living, which are contrary to God’s beneficent laws, and to reap the natural consequences that result from those ways—consequences that include weather upsets. You can easily prove this for yourself by studying the facts laid out in our free publication Why ‘Natural’ Disasters?

According to the Bible, the great Creator normally sends “rain on the just and on the unjust” (Matthew 5:45). But sometimes He intervenes through the weather to extend both blessings and correction (Job 37:11-13) or to warn nations of their sins: “Fire, and hail; snow, and vapour [clouds]; stormy wind fulfilling his word” (Psalm 148:8).

Meteorologists and weathermen generally don’t tell you that. They don’t explain that wrong ways of living—wrong lifestyles, morality and thinking—and chaotic weather are related. This website has stood out as one of the few voices proclaiming this fact.

The truth is, one of the ways God punishes nations is to shut off their water supplies: “Take heed [lest] the Lord’s wrath be kindled against you, and he shut up the heaven, that there be no rain, and that the land yield not her fruit; and lest ye perish quickly …” (Deuteronomy 11:16-17).

Numerous passages of Scripture reveal the spiritual reasons why many droughts and weather disasters are allowed to occur. Long ago, God foretold in His Word that because of society’s mounting sins—crime, divorce, plummeting moral standards and total ingratitude to Him for the blessings bestowed upon our nations (including pure, abundant water)—we will see the day when the taps run dry (Amos 4:6-8).

To a rebellious, stiff-necked and self-willed people, God thunders: “[T]hou hast polluted the land with thy whoredoms and with thy wickedness. Therefore the showers have been withholden, and there hath been no latter rain …” (Jeremiah 3:2-3; also Isaiah 5:2, 6).

God, in His great purpose, may also allow Satan the devil—the god of this world (2 Corinthians 4:4)—to have a role in producing catastrophic weather, for man’s ultimate learning (see Job 1).

Beyond skyrocketing grocery prices, extreme weather upsets (Amos 4:7), crop blight (verse 9) and destructive insects and animals (Deuteronomy 28:39, 42) will eventually result in ruined harvests on a massive scale (Ezekiel 5:16). Biblical prophecies indicate that land will be stripped of its life-giving humus and rich topsoil—and indeed because of urban sprawl, greed, over-farming and other man-made factors, this has already occurred in many places across the globe.

God says the heaven above us will be as iron and the earth as brass (Leviticus 26:19). It is going to get so bad that America’s 1930s Dust Bowl will look like a walk in the park. (For more information, read our article “Is a ‘Mega-Drought’ on the Way?”)

The Creator promises, “[Y]our land shall not yield her increase, neither shall the trees of the land yield their fruits. And if ye walk contrary unto me [still], and will not hearken unto me; I will bring seven times more plagues upon you according to your sins …. And I will bring a sword upon you …” (Leviticus 26:20-21, 25). And, “Be not deceived; God is not mocked: for whatsoever a man soweth, that shall he also reap” (Galatians 6:7).

Because of man’s escalating evils, enemy invasion—and mega-death wrought by biological, chemical and nuclear wmds—will follow the drought and pestilence. Not only will U.S. citizens be affected, so too will Britons and inhabitants of many other nations. (Download a free copy of our publication The United States and Britain in Prophecy for further proof.)

That is the bad news. But the good news is this: With God, such punishment is correction for our good—not revenge (Ezekiel 33:11). Our merciful Creator desires that humans live in health and prosperity (John 10:10; 3 John 2). He longs to see us repent and obey Him so He may deliver us. He yearns to bring about worldwide peace, safety and health. God Almighty wants to lavish greater prosperity and blessings upon His people than ever before—and ultimately offer us spiritual salvation and eternal life.

Our Maker promises to provide blessings, including rain, to those who obey Him: “If ye walk in my statutes, and keep my commandments, and do them; Then I will give you rain in due season, and the land shall yield her increase, and the trees of the field shall yield their fruit” (Leviticus 26:3-4).

Some are convinced that biblical passages such as these are merely hyperbole. But you can prove that these are in fact real prophecies that shall come to pass. God says, “So shall my word be that goeth forth out of my mouth: it shall not return unto me void, but it shall accomplish that which I please, and it shall prosper in the thing whereto I sent it” (Isaiah 55:11).

Throughout His inspired Word, God promises sweeping reforms everywhere in the just, verdant utopian age He says will soon erupt on this Earth.

When Almighty God sends Jesus Christ to set up His Kingdom over all nations, one of the top priorities of God’s perfect government will be to completely redevelop and shape the Earth into an Eden-like paradise.

Imagine it: As the nations learn to submit to God’s government, they will no longer be cursed with drought. Gentle rains will fall in the appropriate seasons (Ezekiel 34:26) and in the right balance (Psalm 65:9-13). Accessible, pure water will abound. Complicated man-made irrigation systems and huge dams will become obsolete. Water wars will cease. Bumper crops will proliferate the Earth. Food prices will drop; everyone everywhere will have plenty to eat.

To many, this wonderful World Tomorrow seems far-fetched and unattainable. And it absolutely is—in the hands of man. With God, however, nothing is impossible.

Take a final look at what God promises in the times just ahead of us: “When the poor and needy seek water, and there is none, and their tongue faileth for thirst, I the Lord will hear them, I the God of Israel will not forsake them. I will open rivers in high places, and fountains [artesian wells] in the midst of the valleys: I will make the wilderness a pool of water, and the dry land springs of water” (Isaiah 41:17-18).