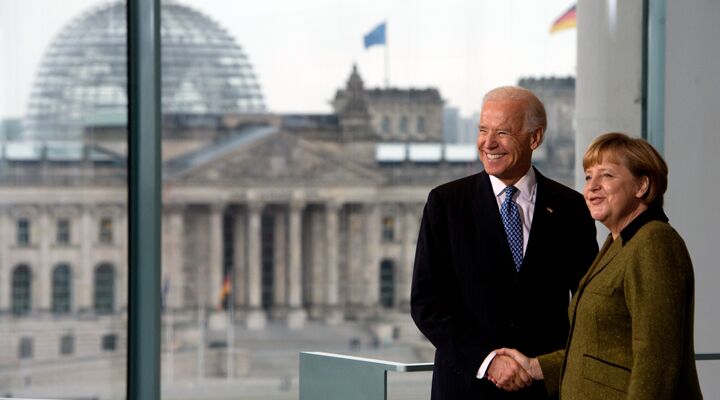 Many people do not take America’s vice president seriously. Nevertheless, his office is neither inconspicuous nor insignificant. Joe Biden works intimately with, takes orders from, and advances the agenda of America’s president. Just as we do with the president, we can get a sense of America’s future by watching and listening to Joe Biden.

The vice president was in Munich last weekend, where he delivered the keynote address to European leaders and statesmen gathered for the annual Munich Security Conference. His message was clear and candid: America needs Europe to take on more global leadership and responsibility, now.

“Simply put,” he said, “President Obama and I continue to believe that Europe is the cornerstone of our engagement with the rest of the world, and is the catalyst for our global cooperation. It’s that basic” (emphasis added throughout).

Believe me when I say that I realize how difficult this is with an economy having slipped back into recession last year and the ever present temptation to back away from commitments on defense spending. But I also know that maintaining our capabilities is what enables us to advance our common global agenda. That’s just one reason why a strong and capable Europe is profoundly in America’s interest, and I might add, presumptuously, the world’s interest.

In short, Europe, beef up your militaries and assume more global power and leadership!

Biden also praised France, Germany and other European states for taking the lead in confronting radical Islam in Mali and North Africa. “Europe remains essential to that entire effort,” he stated. He then affirmed, yet again, that “Europe is the cornerstone of [America’s] engagement with the world, and Europe is the catalyst—our catalyst for global cooperation.”

Further on, Mr. Biden stated, “Time and again, when it comes to a search for partners in this extremely complex world, Europe and America still look to each other before they look anywhere else.” Since when?

Here at the Trumpet, where we parse world news in the context of Bible prophecy, Mr. Biden’s warm outreach to Europe, namely Germany, brings to mind an end-time prophecy recorded in Ezekiel 23. This fascinating chapter describes end-time relations between biblical Israel (America and Britain today), and Assyria (Germany) and Chaldea. Verse 5 reads, “And Aholah [referring to biblical Israel, America and Britain] played the harlot when she was mine; and she doted on her lovers, on the Assyrians[Germany] her neighbors.”

And what is the outcome of this tryst with Germany and Europe? God reveals the answer in verse 9: “Wherefore I have delivered her into the hand of her lovers, into the hand of the Assyrians, upon whom she doted.” “Dote” is a somewhat antiquated term. The Oxford Dictionary defines it: “to be extremely and uncritically fond of,” or “to be silly, or feeble-minded.”

What an apt description of America’s ongoing invitation to Germany and Europe to increase military capabilities and take on more global leadership and responsibility!

It may sound politically incorrect and callous—at least here in the West, where “tolerance” prevails and we ignore the realities of human nature and national character—but the history of Europe, and especially Germany, demands great caution and skepticism. Yet, here we are, watching “silly,” “feeble-minded” America abdicating its position at the helm and handing the world over to Europe.

If you study Ezekiel 23, it shows a perverse relationship between these two nations that ends with Germany, after gaining America’s trust and support, fatally betraying the U.S. in a tragic double cross. In 2005, the Trumpet wrote the following about this prophecy: “Over the next few months and years, watch for America to increasingly become ‘lovers’ with Germany, foolishly looking to the greatest war-mongering nation in history for friendship, peace and safety. Fooled by rhetoric, America will lie vulnerable to German betrayal.”

To learn more about this prophecy and its end-time fulfillment, read Chapter 9 of our booklet Ezekiel: The End-Time Prophet.

Continue to watch. Just as Bible prophecy states, America’s outreach to Europe will come back to haunt Mr. Biden and his people!