Economic constraints and national rivalries discourage our world from using clean energy. But that’s about to change. 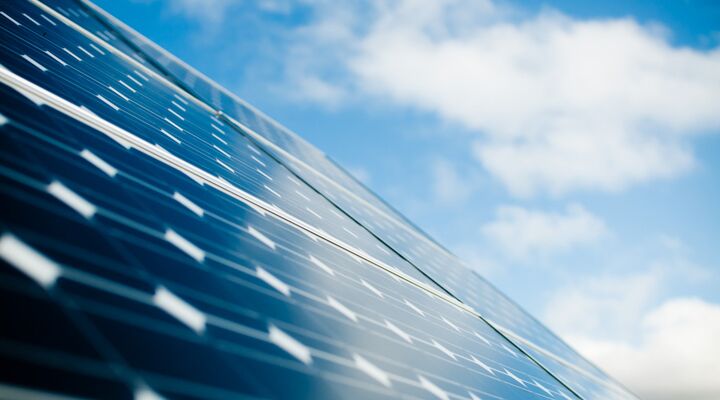 Economic constraints and national rivalries discourage our world from using clean energy. But that’s about to change.

Solar power’s track record in recent years has been far less sunny than innovators and investors had expected. Since 2011, a number of high-profile companies have gone bankrupt, including Evergreen Solar, Solyndra, Q-Cells and Abound Solar. A general cloud of pessimism hangs over the surviving firms in the industry.

Why is this field experiencing such a slump?

Solar power generation is fascinating technology. After traveling 93 million miles, sunlight strikes a photovoltaic panel. A portion of it is absorbed into the panel’s semiconductor material where it converts almost instantly to electricity—with no toxic emissions, no harm to the environment in extracting buried resources, and no radioactive waste. It’s almost perfectly clean. Solar power’s immaculate nature gives it the potential to significantly reduce the pollution that commonly results from fueling our lives.

The trouble is that, compared to energy generated by fossil fuels or nuclear power, solar power is terribly inefficient. To produce one kilowatt of solar-generated electricity you need substantially more investment than to yield the same amount from coal, petroleum, natural gas or nuclear fission.

If a nation wants solar power in its grid, its government must either implement heavy subsidies or enact laws requiring a percentage of the country’s power to come from it. In economic terms, such measures represent a loss for society. Citizens are forced to either pay higher power bills, or watch policy-makers funnel their tax dollars into subsidies—or both.

But isn’t that a price society should be willing to pay for a cleaner environment? Like a person paying a little extra for healthful, organic foods? Unfortunately, it’s not that simple because the global economic system is built on a framework of selfish competition.

Think of countries like businesses: They compete against each other economically. If a country makes the decision to pay more for energy, it places itself at a competitive disadvantage next to rivals. And the goal of these rivals is often to put that nation “out of business.” In the case of organic food, a person pays a little extra for his own individual benefit and no one else’s. But nations paying higher electricity rates for clean energy are financing environmental benefits enjoyed by every country on the planet. It becomes a form of imposed charity: A country’s government forces its population to sacrifice, partially for the benefit of other countries that don’t make those sacrifices. And these other countries may well use this against the benefactor nation.

Political conservatives generally have no trouble acknowledging this reality. They lambast clean-energy subsidies, feed-in tariffs and mandates as wasteful government meddling. They point out that it handicaps domestic industry in the highly competitive global economy. Most on the political right dismiss clean energy as initiatives whose benefits to the global environment are trumped by their economic harm at home.

Meanwhile, environmental activists often fantasize away the economic realities. Many resort to scare tactics built on rickety global-warming science to try to push the green-energy agenda forward. Some posit ludicrous arguments, saying that if Washington leads by example—prioritizing environmental concerns over economic imperatives—then the rest of the world will wake up and follow suit.

The Birkenstock crowd can’t be faulted for dreaming of an energy utopia. But their willful blindness to the economic consequences of their cause is naive. For pragmatic governments, the economic argument usually wins out, and the solar industry languishes.

Here’s the troubling paradox: While the economic arguments against clean energy involve individual nations, the consequences of pollution are rarely confined within national borders. Air and water pollution in particular represent an environmental fate shared globally. In this economic global model of us-against-them, countries essentially trap each other in a scenario where they inflict mutual harm upon one another. Clean energy is overlooked, and the air and water we all share gets dirtier. While solar power generation isn’t a panacea, it is a product of human ingenuity that has great potential to significantly purify the way the world produces energy.

Yet cleaner technology like this continues to lag far behind dirty energy sources because no nation is willing to sacrifice its own prosperity for the sake of the common good. The initiatives a handful of environmentally conscious nations take to promote clean energy aren’t enough to bring clean energy into a position of global economic relevance. A real transition to clean energy would require the entire world to get on board, more or less all at once. But how can we expect human governments, whose primary concern is economic competitiveness, to unanimously and simultaneously scale back on cheap energy in any meaningful way? We won’t see that any sooner than we’ll see national armies independently voluntarily beat their swords into plowshares. In fact, abandoning economic pragmatism in today’s competitive reality would be tantamount to a nation dissolving its military.

Competitive capitalism is much lauded for the astonishing prosperity it has brought to many nations, but the solar energy issue provides a stark example of one glaring flaw in this economic system.

Yet there is great cause for optimism regarding the future of solar power.

This utopia will only come about if the spirit of competition that steers the economies of today is replaced—forcibly and completely—by a noble and more compelling source of motivation: sincere outgoing concern for the wellbeing of all mankind.

As unrealistic as it seems today, precisely such a change is on the horizon, and it is not far off! Many Bible scriptures foretell a time when the global economic system will be totally and utterly revolutionized! For a few examples, see Daniel 2:35, 44-45; Revelation 11:15; Isaiah 11:9; 35:6-8 and Micah 4:1-4.

Imagine a world in which each nation’s first priority in selecting power sources isn’t gaining a competitive (economic or industrial) advantage over other nations, but assuring the safety, health and prosperity of other countries! Imagine a world where every nation views every other as an extension of its own family—and it values the well-being of another nation’s people as much as, or more than its own!

In this rapidly approaching world, harm to the global environment will become unfathomable. Clean energy sources that may include sun, wind, water, fusion and perhaps others not yet imagined will quickly eclipse sources that pollute. All nations will universally embrace whatever sacrifices are required to make the transition to clean energy. The world economy will adapt to clean energy sources, and technology will swiftly advance to boost the efficiency of clean-energy-harnessing technologies.

Through the Prophet Isaiah, God paints an inspiration-drenched picture of that radiant future: “Arise, shine; for thy light is come, and the glory of the LORD is risen upon thee. … Violence shall no more be heard in thy land, wasting nor destruction within thy borders” (Isaiah 60:1,18). Material wealth will be significantly upgraded (verse 17), and God will comfort the “waste places” of the world (Isaiah 51:3). In that wonderful world tomorrow, Earth’s entire population will prosper far more than it ever has under the current system of economic rivalry!