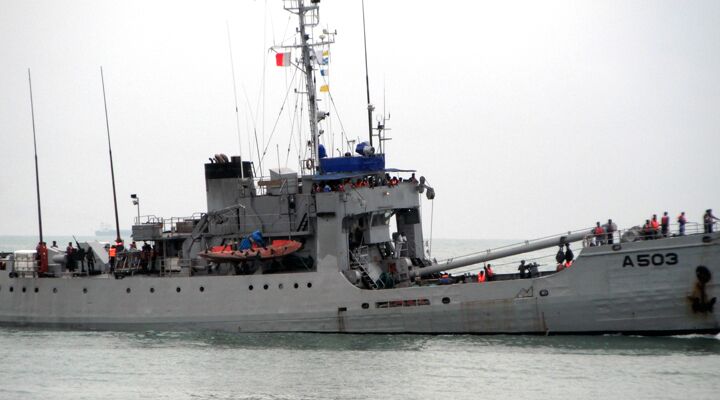 As America grapples with the fiscal cliff, China and Germany are increasing their military presence in an African nation vital to global seaborne trade.

In many ways Nigeria is becoming the new Somalia. Like the Somali al-Shabaab terrorist militia, Nigerian Boko Haram insurgents are unleashing a wave of religiously-motivated violence across the country. Like the Somali pirates in the Gulf of Aden, West African pirates are now terrorizing ships off the coasts of Nigeria and across the Gulf of Guinea.

Although pirates have been attacking ships in the oil-rich Niger Delta since the 1980s, their attacks have increased in frequency and severity in the last three years. According to Foreign Policy magazine, between January and September of 2012, pirates attacked 42 vessels in the Gulf of Guinea—taking 168 crew members hostage. Just last month, a group of Somali pirates operating off the Nigerian coast looted a German oil tanker, taking five Indian sailors hostage.

Analysts are attributing this rise in piracy to the fact that the Nigerian coast is largely unregulated and without an adequate maritime police force. This was not always the case.

After Britain outlawed the slave trade in 1807, the African Oyo Empire began to decline and eventually collapsed. British influence in the Niger region then gradually increased over the course of the 19th century until Nigeria became an official British colony in 1900. Operating from this new colony, the British military was able to end the slave trade in the region and keep the Gulf of Guinea free from pirates. After Nigerian independence in 1960, with Britain’s global power in decline, the United States took on more maritime policing responsibilities.

Although the U.S. Navy is still involved in the Gulf of Guinea, its efforts to keep the waterways safe have proved ineffective. This has prompted other world powers to increase their military presence in the region.

The German military is also very involved with Nigeria, although Berlin’s focus has been more on combating terrestrial-based Islamic extremist than it has been on combating marine-based pirates. German Chancellor Angela Merkel was in discussion with the Nigerian president last August wherein she offered German military training to Nigerian soldiers combating Boko Haram Islamic insurgents. Such military training would be a big step toward ensuring the safe passage of Nigerian oil supplies to both European and Oriental markets.

As America grapples with the fiscal cliff and financial decline, China and Germany are increasing their military presence in an African nation vital to global seaborne trade.

Deuteronomy 28 and Isaiah 23 foretell a time when a temporary German-Chinese alliance will ally against the United States in a great, global trade war. For a detailed explanation of this prophecy, read Chapter Seven of editor in chief Gerald Flurry’s booklet Isaiah’s End-Time Vision.