As Germany’s presence in the Middle East continues to grow, have they emerged as the “new America” over the region? 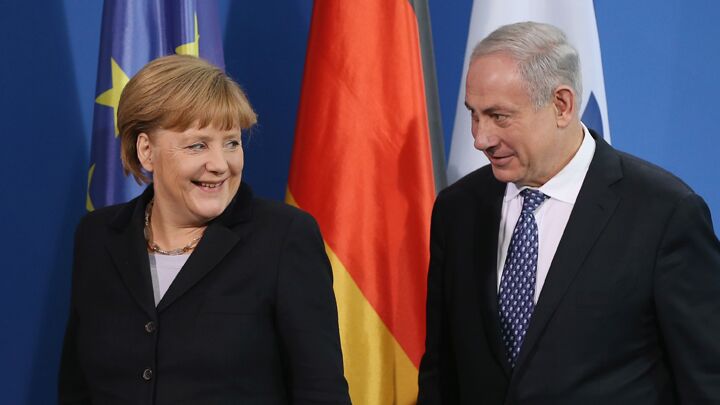 As Germany’s presence in the Middle East continues to grow, have they emerged as the “new America” over the region?
From The February 2013 Philadelphia Trumpet
View Issue FREE Subscription

Give Germany credit. As America unwisely abdicates its leadership role in the Middle East, Berlin is quietly and steadily positioning itself to play a decisive role in the future of this important region. Right now, German foreign policy in the Middle East isn’t controversial, dramatic or eye-catching. Especially not compared to recent events in Egypt, Gaza, Syria and Iran.

But you watch: Germany is about to emerge as the key player in the Middle East.

Germany’s presence there, politically, commercially and militarily, is already more significant than most people realize.

Germany contributes to the war in Afghanistan largely because doing so gives Berlin a military toehold on Iran’s northern flank. German naval forces patrol the waters off the Horn of Africa and on Lebanon’s coastline as part of the United Nations Interim Force in Lebanon.

Germany is selling tanks, missiles and other military hardware to multiple Gulf states, and it has recently stepped up its involvement in Syria’s civil war. Berlin recently announced it would send surface-to-air missiles to Turkey (to defend itself against Syria) and will dispatch up to 400 Bundeswehr personnel to operate these missiles, serve as command staff and assume other support roles.

Germany also defied its European peers and did not support the United Nations’ bid to upgrade the Palestinians’ status. After the Gaza war, it quickly approved the sale of rocket-propelled grenades and anti-armor weapons to Israel. In nearly every instance, Germany is assuming a responsibility that America has shirked or is in the process of shirking.

When it comes to leading the Middle East—in particular, supporting and arming Israel and opposing Iran and its radical Islamist allies—Germany is the new America.

This is the context in which we must view Germany’s participation in the November Israel-Hamas conflict. From the moment war broke out, Berlin made it clear whose side it was on. On November 16, a spokesman for the German government expressed empathy for Israel and placed blame squarely on Hamas. “Hamas in Gaza is responsible for the outbreak of violence,” spokesman Georg Streiter told reporters (emphasis added throughout). “There is no justification for the shooting of rockets at Israel, which has led to massive suffering of the civilian population.” Streiter also stated that Israel’s government had the “right and obligation” to protect its population.

On November 18, Germany’s chancellor restated Berlin’s position and pledged moral and political support to Israel. “Every country has the right to defense, self-defense and the protection of its citizens,” Angela Merkel stated. The chancellor said sovereign governments don’t merely have a right to protect their citizens, it is their moral and political duty.

On November 19, two days before U.S. Secretary of State Hillary Clinton arrived in the region, Germany Foreign Minister Guido Westerwelle traveled to Israel and met with both Israeli Prime Minister Benjamin Netanyahu and the Palestinian president. After meeting with Netanyahu, Westerwelle said brokering a ceasefire was a top priority for Berlin. Netanyahu was encouraged and invited Berlin to play a key role in peace talks. “I believe that Germany can have a constructive role in seeking an end to this conflict and a long-term arrangement, such that these terror weapons are not introduced into the Gaza Strip,” he stated.

Compare Berlin’s response to Washington’s. After initially pledging support for Israel, within a day or two the White House began sending signals that Israel needed to pull back its Gaza campaign.

Even after the ceasefire went into effect, Germany remained interested in the situation. On November 27, more than a week after the ceasefire was agreed on, a report from the German Foreign Ministry said Berlin was still monitoring the situation closely, and was seeking the “rapid reactivation” of the European Union Border Assistance Mission (eubam) at the Egypt-Gaza Rafah border crossing. (eubam existed for two years between 2005 and 2007, and ended when Hamas took power of the Gaza Strip.) Germany wants a EU contingent stationed at the crossing to stop the flow of weapons into Gaza.

The Foreign Ministry document distributed to EU member countries said, “A special European force must be activated for the mission.” Germany, it seems, is ready right now to dispatch EU “peacekeepers”—soldiers—to Gaza!

Consider too: While the news of a possible EU mission at the Rafah crossing only broke in late November, the purpose of the proposed mission gelled almost perfectly with what Netanyahu said a week earlier, after his meeting with Westerwelle, about Germany helping craft a “long-term arrangement, such that these terror weapons are not introduced into the Gaza Strip.” Add it up, and it appears the plan for an EU border mission was likely formulated by Germany and Israel during the height of the war in mid-November.

If this is true, it indicates that the Germany-Israel relationship is stronger and tighter than most people know. It shows that Israel clearly believes Germany possesses the desire and the means to preserve and defend it. It indicates that Germany is replacing America as Israel’s go-to ally in the region.

Gerald Flurry’s article (page 4) explains the prophecy well—that once the peace process fails and the Jewish state faces annihilation from Iran, Egypt and their radical Islamist proxies, it will turn to Germany for help and protection. This, in essence, is exactly what has been happening since November!

Think about it. The peace process has not only failed spectacularly, it has actually strengthened the position of Israel’s enemies. Radical Islam—be it Hamas, Hezbollah, Iran, Egypt or Libya—is quickly encroaching, making further conflicts inevitable. Next, Israel’s relationship with America, once a powerful ally, is shaky and will only deteriorate under four more years of the current administration. Meanwhile, Germany is strengthening its reputation and presence, politically and militarily, throughout the Middle East and is emerging as an increasingly capable opponent of Iran and radical Islam.

Watch and see: Israel’s position is only going to become less defensible. As America fades from view, the Jewish state will effectively be left with only two options: It can turn to Germany, or it can turn to God. Sadly, it’s not about to turn to God.