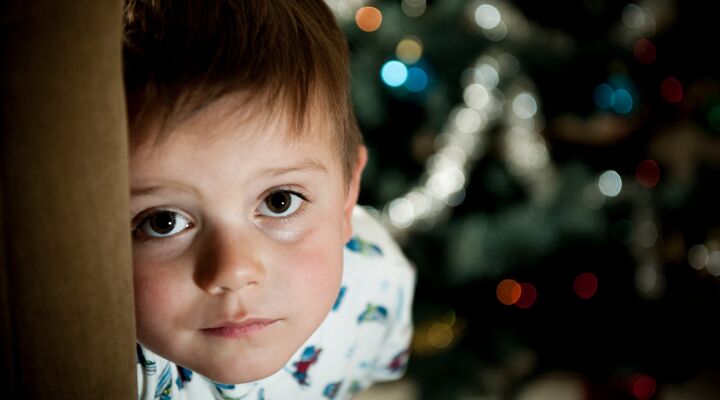 Have you ever wondered why we believe what we do, why we follow the traditions we do, or where those customs came from?

Have you ever noticed how young children often use the word “why”—usually in the form of a question directed at a person older than them? How often they tend to pester others with that question! And each answer, it seems, triggers another question—another why.

But as they become older, that inquisitiveness begins to wane. They stop asking why so frequently. What is the reason for this? Is it because they know it all at that point? No. For some reason they become comfortable with the status quo. Most of us are like this. Sooner or later we begin to accept things just the way they are—without question.

Perhaps our curiosity got squelched somewhere along the way by the expressions of frustration from those who didn’t have time to answer, or who didn’t know the answers, to our childish questions. Or maybe we got the impression that there are no answers to most whys. Whatever the cause, we eventually accept that it is a whole lot easier to accept most things as they are—unquestioned, without considering the reason. It is what it is, we think to ourselves.

What a shame it is to lose this curiosity! What problems and wasted hours we could avoid if we would only examine ourselves to see why we do the things we do—and if we ought to be doing them. It’s so effortless to follow the crowd, to cave in to peer pressure, to do what comes naturally—what we feel satisfies us, whether or not it really is beneficial.

Too few have ever wondered why they believe what they do, why they follow the customs they do, or where those customs came from.

One example is the celebration of various holidays and traditions. Take Christmas, for example. The traditions surrounding Christmas stir warm feelings in the hearts of many—young and old alike—all over the Earth. Families come together. Children eagerly anticipate the morning they will receive their presents. Loved ones give gifts, gather for Christmas dinners and recall previous Christmases spent together. There is no other time quite like it.

But why do people around the world celebrate December 25? Many assume it is in honor of Jesus Christ’s birthday. But if they would check any reliable encyclopedia or reference material, they’d find that the exact date of Jesus’s birth is unknown.

When Jesus Christ was born, the Gospel of Luke records that “there were in the same country shepherds abiding in the field, keeping watch over their flock by night” (Luke 2:8). December is in the midst of a cold, rainy season in Judea. The shepherds always brought their flocks in from the fields and mountains to be corralled by mid-October at the latest, for their protection. Song of Solomon 2:11 and Ezra 10:9 and 13 show that winter was a rainy season, thus confirming that the shepherds would not have been in open fields on December 25, during the dead of winter.

Regardless of when Jesus was born, the Bible nowhere instructs Christians to observe birthdays. Instead, they are told to observe the anniversary of Jesus’s death as a perpetual memorial (1 Corinthians 11:24-26).

So where did we get all the various customs and traditions associated with Christmas from, if they didn’t originate in Christianity? The Encyclopedia Britannica states, “Christmas customs are an evolution from times that long antedate the Christian period—a descent from seasonal, pagan, religious and national practices, hedged about with legend and tradition” (15th Edition, article “Christmas”). This and other authoritative reference works plainly confirm that many decorations such as the holly wreath, mistletoe and the Yule log are relics of pre-Christian times.

Jeremiah 10:1-5 make reference to an evil practice occurring during Jeremiah’s time—hundreds of years before Jesus was born. People were cutting down evergreen trees and decorating them for their homes. The great Creator God was not impressed.

Some people, when faced with the fact that Christmas has evolved from pagan customs, will claim they are really “honoring” Christ instead. They think it does not matter to God how the Messiah is worshiped. However, Jesus Himself said that it is possible to attempt to worship Him and still do it all in vain—if we don’t do it His way. (Compare Matthew 15:9 and Deuteronomy 12:29-31.)

It’s time to stop assuming and check up! Why should we follow pagan traditions and superstitions such as Christmas—or New Year’s Eve, Easter, Valentine’s Day and Halloween, for that matter? Why should we blindly go along with what everyone else in society seems to be doing?

The late Herbert W. Armstrong, in his book The Missing Dimension in Sex, put it this way: “This world’s society and its customs are based on human nature—which is to say, on Satan’s ways—and are diametrically contrary to God’s ways! Go along with the crowd, and you are stumbling along with the other dumb sheep to the slaughter! Why be one of the crowd? Why not stand out from the crowd of ignoramuses and weaklings, as one who has knowledge, wisdom and character! Any old dead fish can float downstream, but it takes a live one to swim against the current!”

Why be one of the crowd? Why not stand out from the crowd as one who has knowledge, wisdom and character! That’s quite a challenge!

Ask yourself why you do what you do. Analyze yourself. Check up. Ponder. If you find what you are doing is right, then that’s good. If it isn’t right, make it right. You will be happier for sure.

Request your free copy of The Truth About Christmas for more information about the origins of the December 25 holiday.