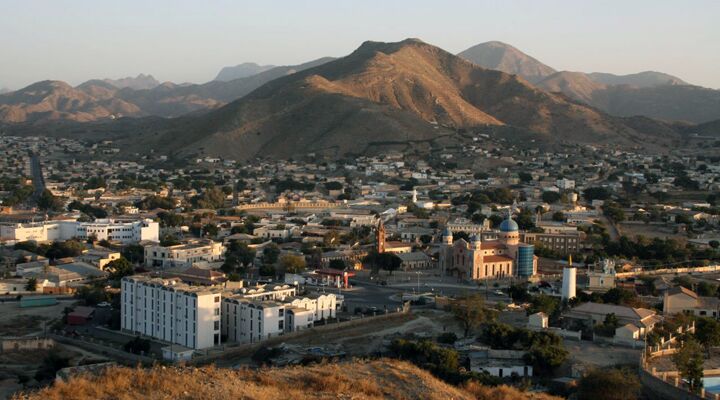 The small, economically and politically vulnerable country of Eritrea has been accommodating rivals Israel and Iran in exchange for geopolitical support. This has effectively made the East African country yet another prize to be won in the ongoing rivalry between Israel and Iran.

“In exchange for resources, possibly including modest amounts of cash and weapons, Eritrea has exhibited a willingness to become a base of support for Middle Eastern powers that want to exert greater influence in the Horn of Africa,” wrote U.S. think tank Stratfor on December 11.

Eritrea is a country with a meager population of a little more than 5 million. In 1991, it attained independence from neighboring Ethiopia, a country nine times its size. This independence effectively cut Ethiopia completely off from the Red Sea. Tensions have been high since, and they heightened to full war from 1998 to 2000. Tiny Eritrea lost that bloody war but still managed to maintain its independence. Eritrea has also fought wars with Yemen and Djibouti.

Eritrea has lived in isolation among its African neighbors and withheld its participation in the African Union from 2004 to 2011.

Eritrea now wants to change that, and cooperation with U.S.-allied Israel will help. Eritrea also seeks security support to help prevent an attack from Ethiopia. Israel benefits from this relationship by maintaining intelligence-gathering operations in Eritrea to monitor the Red Sea and Iran.

From Iran, Eritrea also receives military support as well as industrial assistance and cash. Stratfor noted that in 2009, when Eritrea openly supported Iran’s nuclear program, Tehran wired $35 million to Eritrea. Iran’s prize for its benevolence is greater influence in the Red Sea, particularly the Bab el Mandeb strait that connects the Gulf of Aden to the Red Sea.

In its final analysis, Stratfor noted Israel is not too keen to jeopardize the good relationship it has with both Eritrea and its nemesis Ethiopia. Israel is thus “less interested in expanding its presence in Eritrea than Iran. … As Israel has expanded its security cooperation with South Sudan and Kenya in recent years, Eritrea has responded by strengthening its ties with Iran.”

Bible prophecy indicates that both Eritrea and Ethiopia will come under the influence of Iran. Trumpet editor in chief Gerald Flurry explains in his article “Libya and Ethiopia Reveal Iran’s Military Strategy” that where “Ethiopia” is mentioned in Daniel 11:40-44, it includes today’s Ethiopia as well as the small areas of Eritrea and Djibouti on the Red Sea coastline.

For more understanding, read our special report Libya and Ethiopia in Prophecy. In it we write, “Iran controls the Strait of Hormuz, and via its Islamic allies in Egypt is fast gaining decisive influence over the Suez Canal. When it eventually gains influence over Ethiopia and Eritrea, Iran will control the Red Sea. When that happens, Iran will have the power to lock down virtually the entire Middle East!”