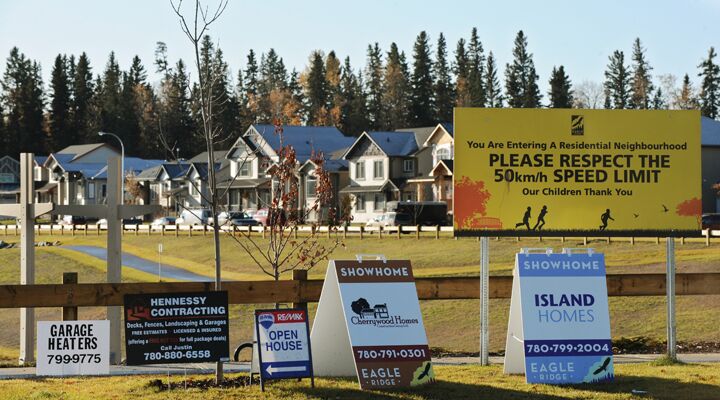 What Canada failed to learn from its neighbor

Canada is on the verge of a real-estate crisis similar to the one that crippled the U.S. economy in 2008. Robert Shiller, an economist who predicted the infamous U.S housing bubble, said he worries that what is happening in Canada right now is “kind of a slow-motion version of what happened in the U.S.”

Just like the buildup to the financial crises of 2008, a variety of factors have placed Canada’s housing market in a difficult position. For starters, Canada is neck deep in debt. Since 1990, the average household debt has risen from 75 percent of household income to 150 percent. Any break in the economy could spell disaster for these homeowners who obviously have learned nothing from America.

According to Neil Macdonald of cbc News, “Canadians seem to think that stricter government regulation in Canada protects them. But they are in some ways more vulnerable than Americans.” Canadians are falling for the same deception that duped so many Americans—that housing prices will never decline. The false sense of security that comes from believing that the Canadian government will be able to protect the populace from such a disaster has blinded many homeowners all the more.

Recently, Moody’s Investors Service warned that it may cut the credit ratings of six of Canada’s largest banks. Toronto-Dominion Bank, Bank of Nova Scotia, Canadian Imperial Bank of Commerce, National Bank of Canada, Caisse Centrale Desjardins and Bank of Montreal are all in danger of the cut.

Moody’s said it was concerned over the growth in debt outpacing the growth in income, and the high-risk involvement that several of the banks have with the volatile American and European markets.

Perhaps the saddest part of this oncoming crisis is that only a few years ago, the U.S. had all the same symptoms that Canada has now: heavy debt, credit downgrades, rising housing prices, misplaced confidence in the system—but Canada hasn’t learned from its neighbor.

Earlier this year he wrote, “Falling house prices is an idea that many Canadians laugh at. Americans laughed too before America’s bubble burst. … Canada’s bubble is getting close to bursting, and when it does, expect a massive economic implosion.”

Now evidence of that impending implosion is beginning to make headlines. To learn how to protect yourself from economic meltdown, read “Storm-Proof Your Financial House.”