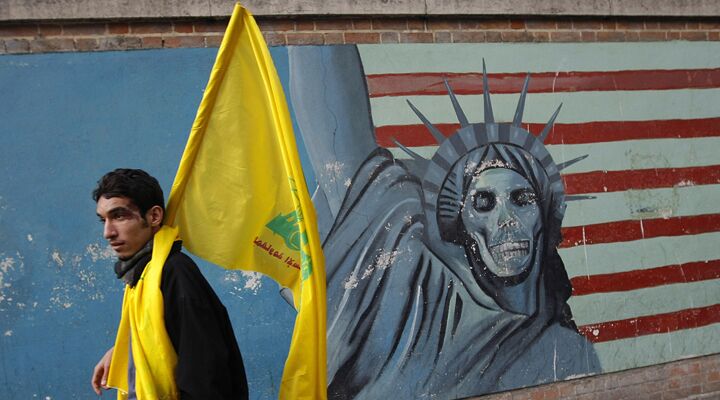 In the advent of a military strike against Iran, Hezbollah agents spread throughout the United States could change strategy, moving from surveillance and fund-raising to launching terrorist attacks.

A new congressional report from the House Homeland Security Committee warns that Iran may be smuggling Hezbollah operatives into the United States, assisted by Mexican drug cartels.

According to this report, released in November, the Mexican border has recently become a primary front for terrorist infiltration into the United States. It specifically points to the growing rapport between Iranian-backed terror forces and Latin American drug-trafficking networks as a cause for serious concern.

Republican Rep. Sue Myrick of North Carolina issued a similar warning earlier this year, in the wake of an Iranian plot to assassinate a Saudi diplomat in Washington, D.C., using a hired gun from a major Mexican drug cartel.

In an even earlier document, released in June, the House Homeland Security Committee reported that there are literally hundreds, perhaps even thousands, of people in America who can be described as either Iranian or Hezbollah agents.

One law enforcement official has gone on record saying the New York Police Department believes there are somewhere between 200 and 300 Hezbollah sympathizers in New York City alone.

U.S. federal authorities have brought numerous criminal cases against these alleged Hezbollah operatives, but so far it appears that most of their activities have been limited to surveillance missions and fund-raising activities.

It is alleged that Hezbollah funds itself by collecting donations from Islamist sympathizers across the Western Hemisphere and by taking commissions from Latin American drug trafficking networks. One South American drug trafficker who was investigated by Colombian officials back in 2008 admitted that his drug-trafficking network gave 12 percent of its annual profits to Hezbollah in return for its support.

So Iranian-backed Hezbollah operatives spread out across the United States, Mexico and Latin America are using the money that Americans spend on drug addiction to fund terrorism in the Middle East!

They have also been observed examining sensitive U.S. targets such as subway systems, bridges and nuclear power plants. Such behavior has prompted several U.S. officials to express concern that the rules of the game could change dramatically in the event of an Israeli or U.S. strike on Iran’s nuclear facilities.

They worry that such a strike could prompt Hezbollah to change strategy, moving from surveillance and fund-raising in North America to launching terrorist attacks.

This network of Hezbollah operatives already has detailed surveillance information on American infrastructure and access to vast reserves of drug-trafficking money. This puts them in a prime position to unleash societal chaos if so directed by the Iranian mullahs.

The U.S. government may have the ability to defeat Iran in an outright military attack, but it lacks the ability to squash all the hit-and-run terrorist operations that may result from such an attack.

Anciently, the Prophet Ezekiel foretold of a day when end-time Israel would be beset by terrorism, rioting and societal collapse. This time of chaos is prophesied to result primarily from a great economic siege against America, but it no doubt could be enhanced by violence coming from the hands of foreign terrorists. As it is written in Psalm 127, “Except the Lord keep the city, the watchman waketh but in vain.”

For more information on this scenario and how you can personally escape it, read the booklet Ezekiel: The End-Time Prophet by Trumpet editor in chief Gerald Flurry.