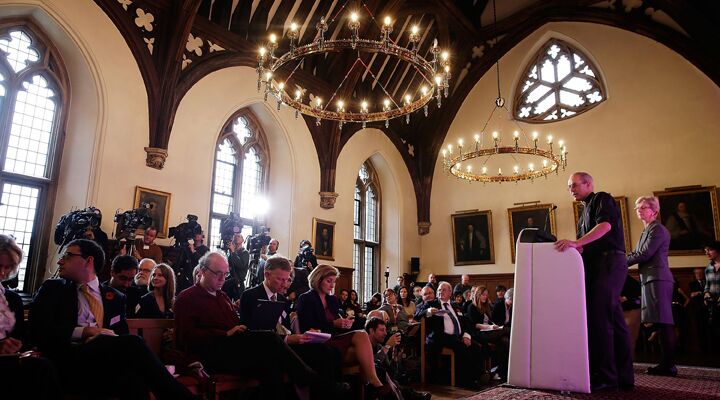 The bishop of Durham, Justin Welby, will be the next archbishop of Canterbury, it was announced November 9. The archbishop has strong links with the Catholic Church, and as leader of the Anglican Communion, he could bring that church closer to Rome.

All Church of England clergy have a spiritual director. But Welby’s director is Catholic. A person will usually stick with the same spiritual director for years, meaning Welby’s religious thinking will have been heavily shaped by the Catholic Church.

During his press conference after the announcement of his appointment, Welby singled out the Catholic Church, mentioning no other groups. “Learning from other traditions than the one into which I came as a Christian has led me into the riches of Benedictine and Ignatian spirituality, the treasures of contemplative prayer and adoration, and confronted me with the rich and challenging social teaching of the Roman Catholic Church.”

Underscoring the close ties already in place between the Church of England and the Church of Rome, the announcement of Welby’s appointment was delayed so both the Queen and the pope could be notified.

The two churches have already come much closer under Archbishop Rowan Williams. Last month, he was the first archbishop of Canterbury to address a synod of Catholic bishops.

But Welby isn’t completely Rome’s man. He supports the ordination of women bishops and is reexamining his thinking on homosexuality.

The Trumpet has long forecast that Rome would woo back her protesting daughters. But, as editor in chief Gerald Flurry wrote in 2007, “biblical prophecy indicates that full unity will not be achieved purely voluntarily. At a certain point, the mother church will abandon its efforts to woo her daughters back by flatteries and instead revert to the age-old method of preserving ‘Christian’ unity by exerting physical force.”