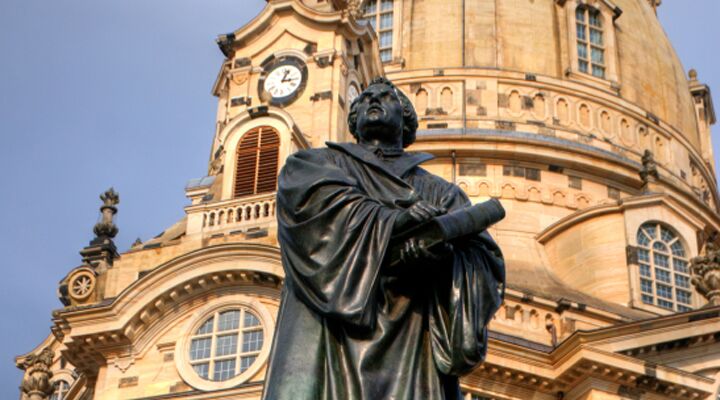 Four hundred ninety-five years ago today, Martin Luther began the Protestant Reformation. Now, the Catholic Church says it is ready to invite his followers back.

Lutherans could be invited to join the Catholic Church in the same way that Anglicans were invited to in 2009, Cardinal Kurt Koch, President of the Pontifical Council for Promoting Christian Unity said October 29.

Anglicans can re-join the Catholic Church through groups called ordinariates, which allow them to keep many of their traditions such as married bishops while being absorbed into the Roman Catholic Church.

In an interview with Zenit, on the sidelines of a Synod of Bishops on the New Evangelization, Koch began his statement about Lutherans by saying, “Anglicanorum coetibus [the document describing the ordinariates] was not an initiative of Rome, but came from the Anglican Church.” This is dishonest. Rome saw that the Anglican Church was divided, and swooped in to take advantage of it. Even the archbishop of Canterbury was taken by surprise. The whole thing was planned and coordinated by the pope. It certainly was an initiative of Rome.

The pope, he said, “sought a solution and, in my opinion, found a very broad solution, in which the Anglicans’ ecclesial and liturgical traditions were taken into ample consideration.”

“If similar desires are expressed by the Lutherans, then we will have to reflect on them,” he said. “However, the initiative is up to the Lutherans.”

In other words, if the Catholic Church thinks it can convince enough Lutherans to sign up, it will proceed.

The desire certainly seems to be there. Last year, Tim Drake wrote an article in the National Catholic Register titled “The Lutheran Landslide.”

“One of the most under-reported religious stories of the past decade has been the movement of Lutherans across the Tiber,” he wrote. “What first began with prominent Lutherans, such as Richard John Neuhaus (1990) and Robert Wilken (1994), coming into the Catholic Church, has become more of a landslide that could culminate in a larger body of Lutherans coming into the [church] collectively.”

“Over the past several years, an increasing number of Lutheran theologians have joined the church’s ranks, some of whom now teach at Catholic colleges and universities,” he continued.

The Anglo-Lutheran Catholic Church (alcc), a small group of conservative Lutheran-like churches, has already begun negotiation with the Catholic Church about joining as part of the Anglican ordinariate. “Visible, corporate union with the Roman Catholic Church in whatever form is deemed appropriate by the pope, bringing along as many other Lutherans and Lutheran churches as possible along with it is the alcc’s apostolate and goal,” the group states on its website.

The larger Lutheran community is also moving toward Rome. On Oct. 31, 1999, The Lutheran World Federation signed a Joint Declaration on the Doctrine of Justification with the Vatican saying that the two groups “are now able to articulate a common understanding of our justification by God’s grace through faith in Christ.”

The doctrine of justification was at the heart of Luther’s disagreement with the Catholic Church that led to his excommunication. The signing of this document means that the greatest obstacle between Lutherans and Catholics has already been overcome. Although some Lutherans disagree with the declaration, the Lutheran World Federation represents over 70 million of the world’s 73.8 million Lutherans.

Two years ago, the president of the Lutheran World Federation said he wanted to celebrate the 500th anniversary of the Protestant Reformation, in 2017, by signing an agreement with the Vatican allowing Lutherans to receive communion at Roman Catholic Mass, and vice versa.

On Oct. 31, 1517, Martin Luther sent his Ninety-Five Theses to his bishop. The chain of events ended with great swaths of Europe splitting away from the Catholic Church. Since that day, the church never had the same power, prestige and wealth. Watch Catholic efforts to bring Lutherans back into their church. It’s a key prophecy to watch as the church rises in power. For more information, see our article “Returning to the Fold”.