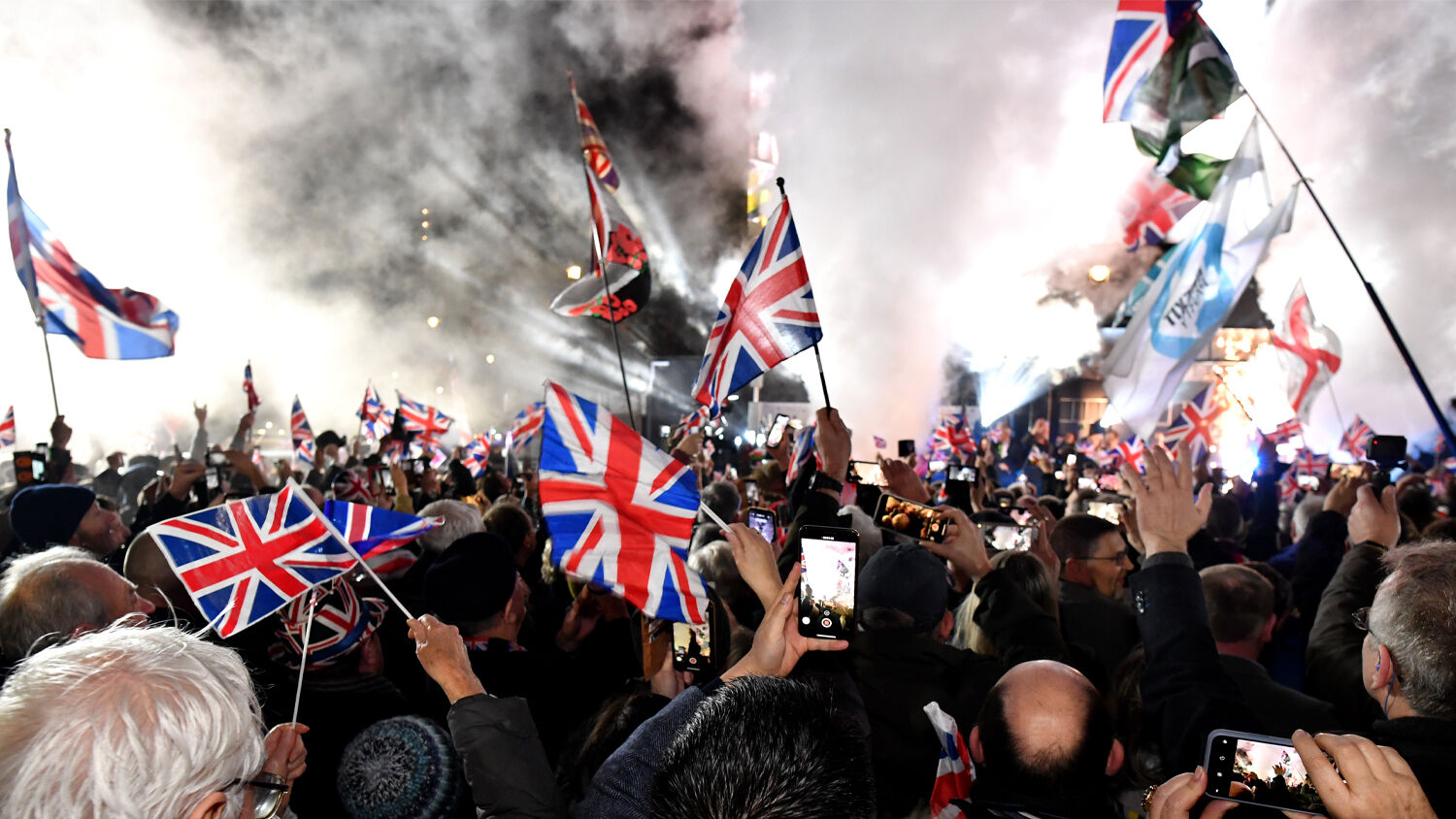 Britain’s war over Brexit is back on. The United Kingdom is officially out of the European Union, but there’s still a lot to be sorted about how close Britain’s relationship will be. The EU and its allies still want the EU to be setting a lot of the UK’s laws, rules and regulations—for Britain to still be ruled by Brussels.

The latest fight revolves around the Withdrawal Agreement Britain signed with the EU last year. It sets out a backup position for Britain’s post-Brexit relationship. Britain signed it because the EU promised a “good faith” effort to have a proper agreement in place by the end of 2020.

Now, though, the EU is trying to use the Withdrawal Agreement to blackmail Britain—essentially saying, Give us what we want, or we’ll put a trade barrier between Northern Ireland and the rest of the EU. The government is fighting back, pushing an Internal Market Bill that would make any such trade barrier illegal.

The pro-EU forces are treating this as if it is one of the most extreme things a British government has ever done. They argue that this breaks the Withdrawal Agreement and therefore international law. Judging by their commentary, you’d think British Prime Minister Boris Johnson is invading Poland. Previous prime ministers, such as Tony Blair and John Major, are condemning the government, saying Britain is becoming a “rogue state.”

But Britain is doing what all countries do: bend or break international law as it suits their own interest. There are strong arguments that the Internal Markets Bill does not break international law, just change how it is interpreted. But even if it were a breach, as lawyer Steven Barrett wrote at the Spectator, “there are endless examples of breaches of international law by the 193 nations.” Germany, for example, broke international law over the summer when its courts pulled the nation out of the EU’s bailout funds. No one made a big fuss over that—or accused it of acting like a “rogue state.” The EU has done nothing to punish Germany.

“The truth is that many nations have either overridden or reneged on their obligations in international treaties,” Spiked noted. “Not only Blair and many of his Remainer fanboys, but also the EU itself, which has on occasion turned its nose up at international legal norms when they run counter to its own interests. Yet none of these instances of so-called ‘law-breaking’ caused the British commentariat to enter into paroxysms of fury about the roguish horror of deviating from international treaties.”

Even Eurointelligence—not exactly a pro-Brexit mouthpiece—wrote that Britain is merely responding to the EU’s hardball tactics. “If you start playing the relationship talks in the spirit of a geopolitical power game, don’t be surprised when the other side plays in the same spirit,” it wrote.

Yet here in the UK we’ve been treated to a blanket of coverage from the bbc and many others castigating this government as criminal. Parliament approved the Internal Market Bill yesterday. But now its opponents will try to stop it by pushing a series of amendments designed to water it down.

Rule of law on the international scene is a nice ideal; it’s not reality. Britain is not acting like a “rogue state.” It’s acting the way all countries act in this world: putting its own interests first. The fierce attack against Britain’s government over the last week doesn’t come because of concern for the rule of law, but for a desire to keep Britain close to the EU.

In the January Trumpet issue, I wrote “The Conspiracy Against Brexit—Revealed” about Britain’s “deep state” and its continual efforts to stop Brexit. That article shows that Britain’s deep state has worked to get rid of Brexit, in the same way that America’s deep state has tried to get rid of President Donald Trump. Politicians and the media have lied repeatedly, trying to keep Britain in the EU. Now they want the EU to have more bargaining power over the UK—so that Britain remains closely aligned to the EU.

In the upcoming Trumpet issue, Trumpet editor in chief Gerald Flurry has an article on the major role British intelligence officials played in trying to frame President Trump for colluding with Russia. He points out that those involved in the plot, like Christopher Steele and form MI6 chief Sir John Sawers, were also strongly against Brexit.

In the July 2019 Trumpet, Mr. Flurry described the thinking of the type of people who try to overthrow a lawfully elected president: “They think they are destined to ‘rule the universe’! In most cases, they are not elected officials, nobody voted for them, but they consider themselves the only ones qualified to govern. They cannot believe a ‘barbarian’ like Donald Trump became president, and they cannot take it! So they must overthrow him.” In Britain, they cannot believe that the “barbaric” Brexit supporters won the referendum, so they must overturn the result. If Britain wants to actually decide its own laws, they say we’re acting like a “rogue state.”

Those against Brexit and those against President Trump share a common worldview—which is why they work so closely together. That worldview is of a world run by experts—in the way much of the EU is. Democracy is tolerated, but only if kept within certain bounds. If voters choose someone or something outside their norm—like President Trump or Brexit—then the choice is illegitimate and must be reversed.

Britain and America are both under attack from within. In America, this effort to destroy the nation has led to the rise of the radical left and violence on the streets of the nation’s big cities. In the UK, it has led to a continual push to find some way of tying Britain to Europe. The EU is simply a cloak for the Holy Roman Empire, a dictatorial power that has risen repeatedly in Europe to try to impose its will and religion on the world.

Mr. Flurry’s booklet Great Again gives the complete picture of this internal attack. It focuses on the United States. But again, the trend is Britain is the same. His examples come from America, but it’s not hard to apply the principles to the UK. That booklet shows why these nations are being attacked, and where it is leading.

As with all our material, Great Again is completely free and can be read online or ordered in print. No matter where you live in the world, you need to understand the important spiritual dimension to world news contained in this booklet. You can’t fully understand your world without it. Great Again also explains the only real hope for both Britain and America to truly be great again.