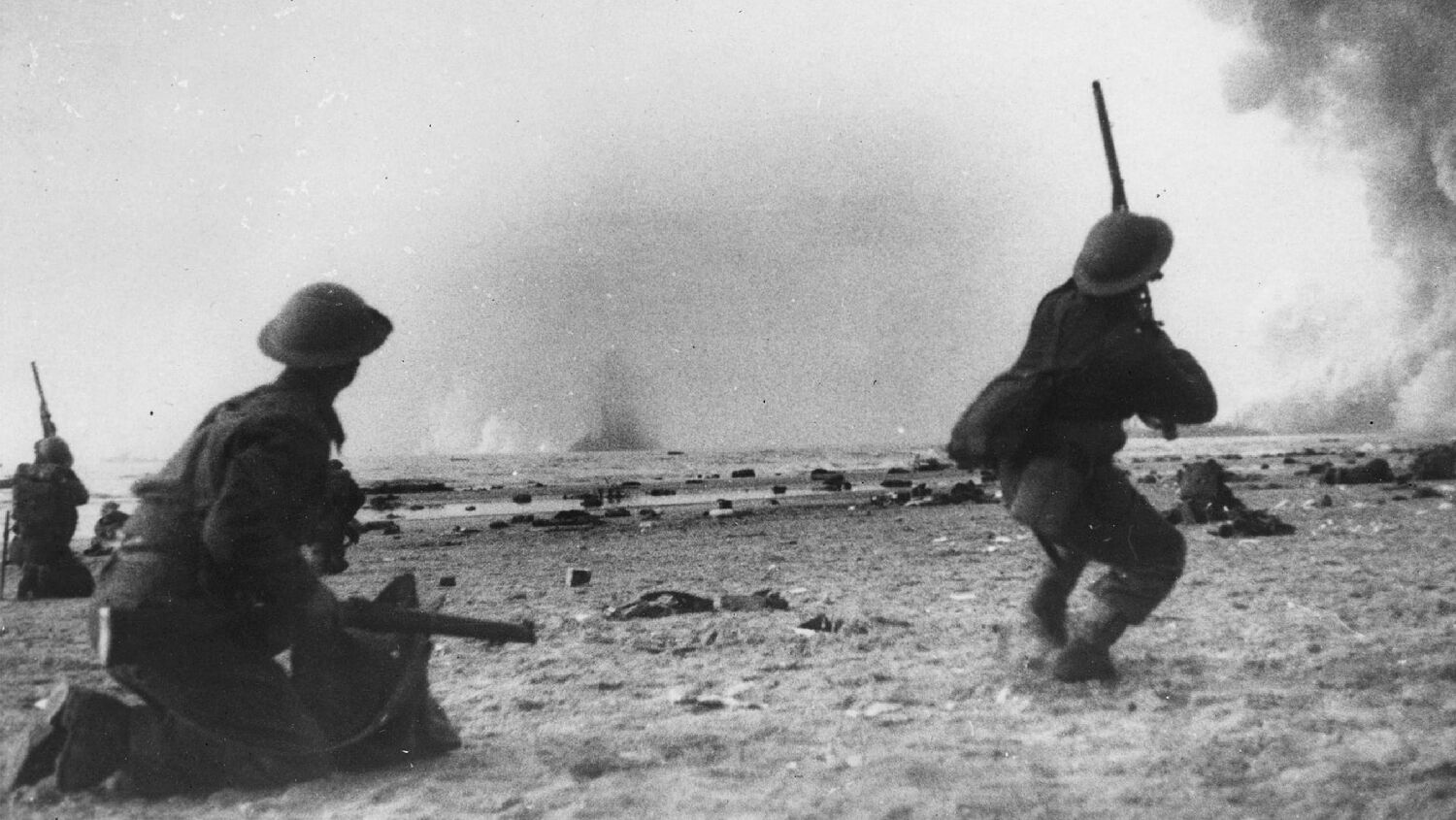 Today is the 80th anniversary of the Dunkirk evacuation—the day Britain didn’t lose World War ii. Over 400,000 Allied soldiers were trapped on the shores of Northern France. Britain believed its army was about to be wiped out in a single stroke. The most optimistic forecasts projected that only 45,000 would be rescued. Instead, the final total was 338,000 as an armada of small boats rallied to their rescue. British Prime Minister Winston Churchill called the result a “miracle of deliverance.”

Eighty years to the day after that evacuation began, the Telegraph is revisiting the evacuation. “The Dunkirk Evacuation Was No ‘Miracle,’” blazes its headline. “It was a herculean, but above all, human effort that brought us success in Operation Dynamo,” runs the quip.

“Some say it was a miracle—an event so extraordinary that it surpasses all human powers,” states the article. “The truth is far more gutsy and practical, and utterly remarkable.”

How were so many men saved? Not by the superhuman efforts of a divine being. But instead, according to the Telegraph, “[i]t was an almost superhuman effort, conducted by ordinary men and women.”

The contrast with the Telegraph’s original reporting of the event is stark.

The Daily Telegraph wrote on July 8, 1940, “Those who are accustomed to the Channel testify to the strangeness of this calm; they are deeply impressed by the phenomenon of nature by which it became possible for tiny craft to go back and forth in safety.”

“I have talked to officers and men who have gotten safely back to England, and all of them tell of these two phenomena,” continued the article. “The first was the great storm which broke over Flanders on Tuesday, May 28, and the other was the great calm which settled on the English Channel during the days following.” The storm grounded the German aircraft, while the calm allowed the little ships to sail to France.

On this day 80 years ago, the nation paused for a day of prayer. Shops closed as the Church of England, the Catholic Church, Jews and other religions appealed to God for help.

The King, the archbishop of Canterbury and even newspapers encouraged the nation to pray. “It is well for us to show the world that we still believe in divine guidance; in the laws of Christianity may we find inspiration and faith from this solemn day,” declared British Pathé—the news reel then shown in cinemas.

After the evacuation massively exceeded expectations, the nation returned to church for a day of thanksgiving on June 9. “One thing can be certain about tomorrow’s thanksgiving in our churches,” wrote the Telegraph, “From none will the thanks ascend with greater sincerity or deeper fervor than from the officers and men who have seen the hand of God, powerful to save, delivering them from the hands of a mighty foe, who, humanly speaking, had them utterly at his mercy.”

That sentiment was common in the mainstream media at the time. But now even the Telegraph itself is repudiating it.

Perhaps even more concerning is that this year’s article was written by one of the top custodians of the nation’s history. Sir Tim Laurence is the chairman of English Heritage, the charity that manages many of the nation’s most important historical sites. Stonehenge, the site of the Battle of Hastings and the house of the Duke of Wellington are all within its care. Visit them and you’re reading English Heritage leaflets, signs and hearing its tour guides.

I visited Dover Castle several years ago. Like Sir Tim, I strongly recommend it. For nearly a thousand years the castle played a key role in the defense of England. And that includes during World War ii. Vice Adm. Bertram Ramsay commanded the operation from his headquarters in tunnels under the castle.

But sadly, the castle gives the same message as the Telegraph. “Some people may call the Dunkirk evacuation a miracle,” said our tour guide when I last visited, “but I put it down to the organization of Vice Adm. Bertram Ramsay.”

“Vice Adm. Bertram Ramsay pulled off a ‘miracle,’” states their website. I didn’t find any mention of the national day of prayer.

The entirety of World War ii has received the same treatment. Any talk of supernatural intervention has been written out.

Instead, the idea that God performed miracles is treated like an insult to Admiral Ramsay and others who fought and worked for victory. But it takes nothing away from their achievement. The story of the Dunkirk evacuation is one of outstanding leadership and planning, heroism on behalf of soldiers, airmen, sailors and the ordinary people who manned the small boats. But none of that would have mattered if not for cooperation from the weather—something no human can arrange.

Ramsay himself acknowledged God’s intervention in the war. He went on to command the Allied naval forces at D-Day. “We shall require all the help that God can give,” he wrote in the lead-up to the invasion. “I cannot believe that this will not be forthcoming.”

A few weeks ago, I gave a Trumpet Daily Radio Show program on the 75th anniversary of V-E Day. In preparing for the show, I was astonished at how much the history has been airbrushed.

Britain held no fewer than seven days of prayer during the war. For each, news broadcasters produced footage like this:

“Look back through history and find how the people of this land of ours have always committed their cause to Almighty God,” states the news announcer. “These are modern crusaders who are not ashamed to pray.”

Today, we’re ashamed that they prayed. We don’t even want to talk about it.

The Telegraph’s recent article is a perfect illustration of something Trumpet editor in chief Gerald Flurry addressed on his Key of David program from a few weeks ago, titled “The Modern Interpretation of History.”

He began that program with a question posed by Dr. Herman Hoeh in one his history books: “By what authority have historians left God and the Bible out of history?”

Historians “suppress the truth!” Mr. Flurry said. “They omit it! They interpret it! They really do some terrible things to get God out of the picture! Man has always done that, anciently and in modern times, but it’s worse now in the modern times. They just eliminate God and the Bible from their history.”

Eighty years after Dunkirk, you can watch that happening before your eyes.

This history isn’t even that old. You can watch the old news footage. You can delve into the old newspaper archives. It is not hard to find God in that history—unless you see it through the eyes of these modern interpreters of history.

This is recent history that should point men to God. As even that news announcer said, “Look back through history and find how the people of this land of ours have always committed their cause to Almighty God.” That history points us to the real solution to our problems.

One of my favorite articles from our archives is “The Inspiring History Britain Should Never Forget,” by Robert Morley. “No modern nation has had as many life-preserving miracles as Great Britain,” he wrote. “British history is filled with irrefutable examples of God-given deliverance and preservation. It should be so clear that even the blind can’t help but see.”

An honest account of this history is powerful proof that “the most High ruleth in the kingdom of men” (Daniel 4:17.) By hiding this message, the “modern interpretation of history” is deadly.