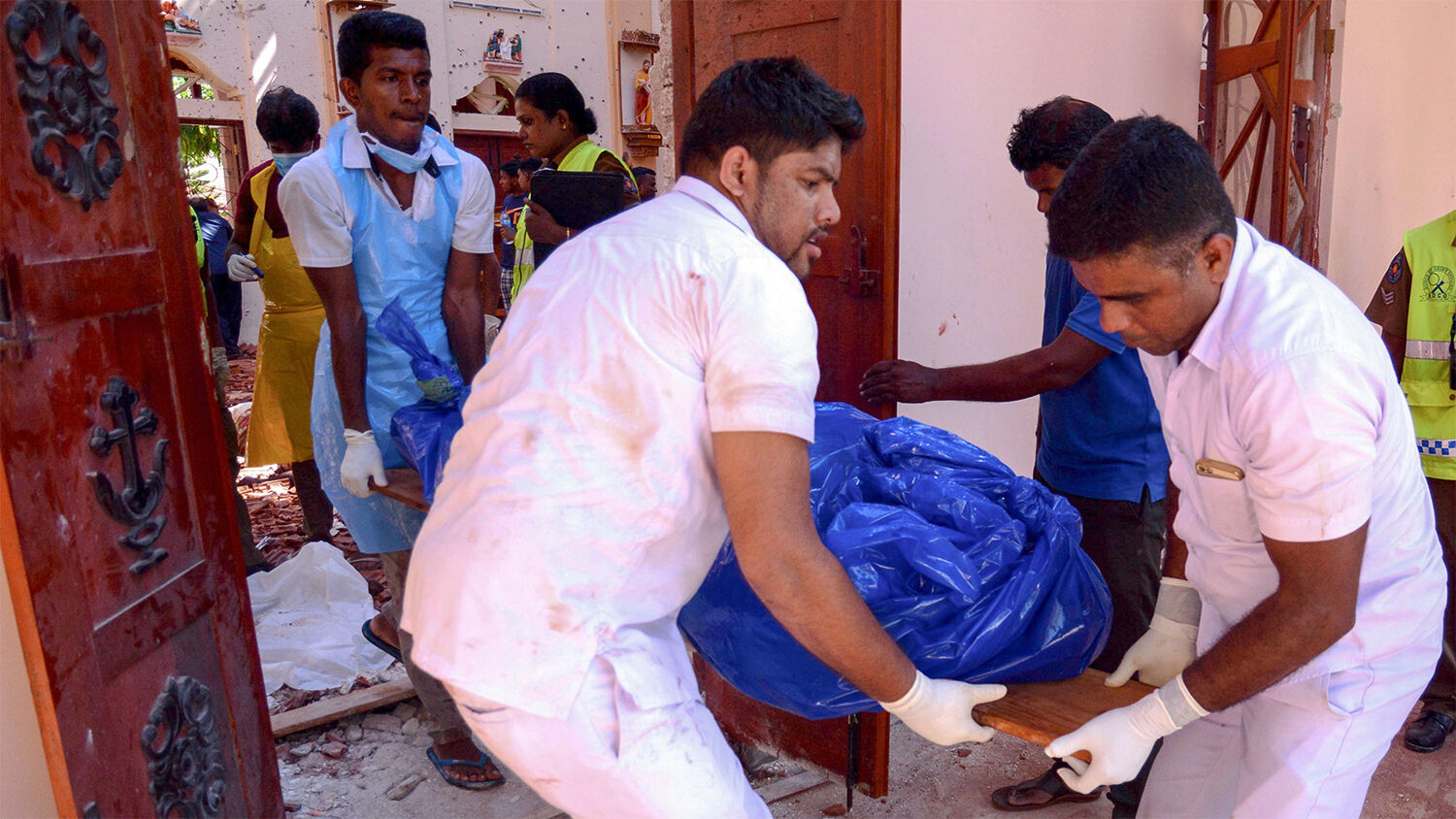 Over 200 have been killed and hundreds injured in a series of bomb attacks on Christians celebrating Easter Sunday in Sri Lanka. The attacks, which targeted four hotels, three Catholic churches and a housing complex, are the worst violence in the country since the end of its civil war a decade ago. They appear to have been orchestrated by a radical Islamic terrorist group.

Many of the churches were packed as Catholics gathered on one of the most important days in the traditional holiday calendar.

At around 8:45 a.m. local time, terrorists targeted churches in the capital Colombo and nearby towns in the west of the country, as well as Batticaloa in the east. One of the worst attacks was at St. Sebastian’s Church in Negombo, 23 miles north of Colombo. Fifty died in an explosion that left dead bodies strewn across the floor and destroyed the church’s roof. “You can see pieces of flesh thrown all over the walls,” a priest told cnn.

St. Anthony’s Shrine, a historic Catholic Church in Colombo, was also targeted. The renovated building houses one of the country’s oldest churches.

Bomb attacks also hit the Shangri La, Kingsbury and Cinnamon Grand hotels in Colombo, in an apparent attempt to target foreign visitors. Two other blasts were reported in smaller hotels near Dehiwala Zoo in the south of the city. Around 35 foreigners are reported dead.

No one has claimed responsibility for the attacks. However, 10 days earlier, Sri Lankan police chief Pujuth Jayasundara issued a warning that Islamic terrorists were planning to attack churches.

The warning stated: “A foreign intelligence agency has reported that the ntj [National Thowheeth Jama’ath] is planning to carry out suicide attacks targeting prominent churches as well as the Indian High Commission in Colombo.”

The ntj is a Muslim terrorist group in Sri Lanka. Its most famous attack was on Buddhist statues last year. Muslims from Sri Lanka have also supported terrorist groups in Syria. Terrorists returning from the Middle East after the defeat of the Islamic State could be involved in the attack. afp noted: “In January, Sri Lankan police seized a haul of explosives and detonators stashed near a wildlife sanctuary following the arrest of four men from a newly formed radical Muslim group.” Indian media claim to have the names of two of the attackers. Both are Islamic.

Police have said they believe a single group is responsible. They have been carrying out raids on individuals involved in the attack. Three police officers have been killed trying to track down the perpetrators.

The pope spoke about the attacks in his traditional Easter message to the world. “I wish to express my affectionate closeness to the Christian community, hit while it was gathered in prayer, and to all the victims of such cruel violence,” he said.

The Catholic archbishop of Colombo, Cardinal Malcolm Ranjith, called on the government to track down the attackers and “punish them mercilessly because only animals can behave like that.”

An attack on churches during Easter Sunday mass is one of the most deliberately provocative acts imaginable. The Islamic State believed that part of its mission was to provoke Christians to lead a European “crusader” army to invade Syria. Its slick, professional-looking propaganda magazine, Dabiq, was named after the location it believed this European army would attack. The magazine’s first article outlined the terrorists’ vision of end-time events. An army of Muslims from Medina would defeat the Europeans. “Then they will conquer Constantinople” (now Istanbul, the former capital of Turkey). The article said that in the ensuing struggle, Jesus would descend from heaven and lead the Islamic armies to victory.

Because of this vision, the Islamic State continually threatened Europe and Christians. It regularly claimed to be plotting an attack on the Vatican and the pope.

There are early indications that the Sri Lankan attackers had some links to the Islamic State, and we’ll learn more in the days ahead. But this idea of provoking a clash with Christianity stretches beyond just the Islamic State.

The Bible also forecasts such a clash.

We’re seeing a growing number of Islamist groups eager to push at Christianity, and especially the Catholic Church, centered in Rome. The terrible attacks in Sri Lanka are the latest example of this.

Read more about this coming clash in our Trends article “Why the Trumpet Watches Iran and Europe Heading for a Clash of Civilizations.”