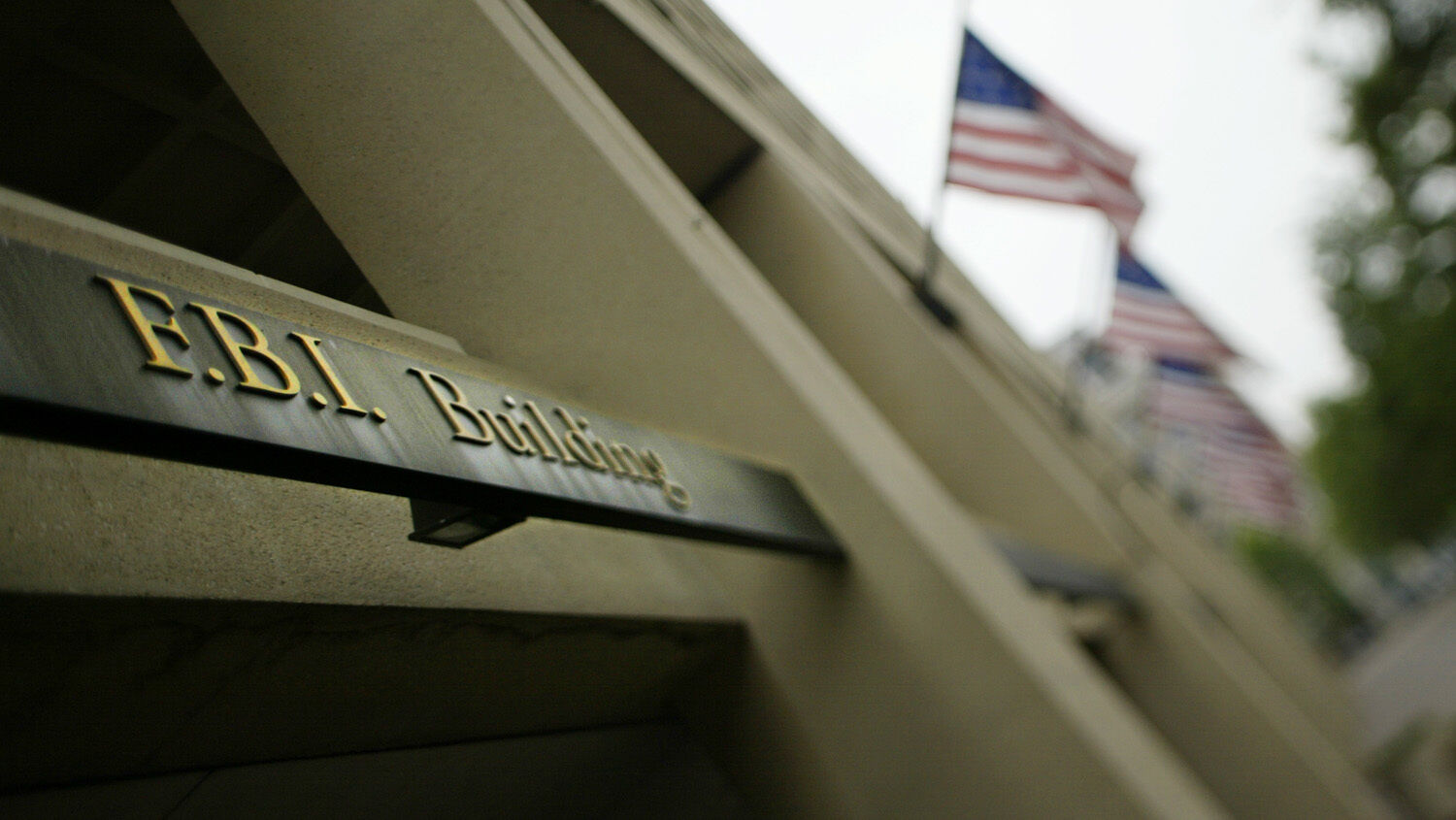 America is collapsing, and not because Russia and China have conquered it.

The Federal Bureau of Investigation, one of the government’s main security agencies, has been involving itself in multiple national elections, and almost always in favor of one side. One of several infamous examples is its handling of Hunter Biden’s laptop. The device, abandoned in a Delaware repair shop in 2019 and then provided by the shop to the fbi, contains evidence of depravity, crime and corruption. Did the agency fulfill its purpose, which is to look at the evidence, investigate, intervene and recommend charges? Well, an election was coming up.

We’re now getting a look at what really went on inside the fbi. Sen. Chuck Grassley released a letter addressed to Attorney General Merrick Garland and fbi Director Christopher Wray highlighting how numerous “highly credible whistleblowers” have come forward to report “a scheme in place among certain fbi officials to undermine derogatory information connected to Hunter Biden by falsely suggesting it was disinformation.”

Hunter Biden’s laptop appears to contain photos and other evidence of him using hard drugs, paying huge sums for pornography and prostitutes, possible sexual content involving children, and working out foreign business payments to himself and “the big guy” (Joe Biden), among other things. This is evidence not only that Hunter Biden is a depraved human being but also that his corruption involves his father.

Prior to the election, Twitter, Facebook and other tech and media giants actively censored the New York Post story that broke the news about the laptop. Meanwhile, the fbi conspicuously avoided doing anything with the evidence from the device. Donald Trump was still president, so the agency did not make an official statement about it. But it is now emerging that a number of high-ranking fbi officials actively worked to portray the perversion, depravity and corruption as false, even though they knew it was true! They portrayed it as “Russian disinformation” in order to help Democrats during the 2020 presidential election.

“That’s not a question that would come up before me, congressman,” Olsen said.

“Well you would certainly concede that if the adult offspring of the president of the United States or the vice president were compromised, that would be a national security threat, right?” Gaetz said. “Do you know where Hunter Biden’s laptop is?”

The whole exchange between Gaetz and Olsen is quite shocking. Representative Gaetz highlighted how the fbi has “no problem going out and tagging parents at school board meetings as a national security threat, but when all the facts and all of the law are before you regarding the corruption of Hunter Biden, you don’t want to speak to that at all.”

Olsen’s repeated reply: “I’m not going to speak about any ongoing investigation.”

The very purpose for top security and intelligence officials is to identify foreign and domestic threats to America. Yet top fbi leaders deliberately left America open to such threats in order to install their preferred candidate.

Meanwhile, more than 50 U.S. intelligence professionals signed a letter two weeks before the election claiming that the information from Hunter Biden’s laptop “has all the classic earmarks of a Russian information operation.” Many of these professionals—including John Brennan, Michael Hayden and James Clapper—were in power under Barack Obama and helped him orchestrate, among other things, spying on and framing President Trump. This was the “deep state” working overtime to install Biden in the White House. And they had the nerve to say they were writing that letter because “each of us believes deeply that American citizens should determine the outcome of elections.”

“A nation can survive its fools, and even the ambitious,” novelist Taylor Caldwell wrote. “But it cannot survive treason from within. An enemy at the gates is less formidable, for he is known and carries his banner openly. But the traitor moves amongst those within the gate freely, his sly whispers rustling through all the alleys, heard in the very halls of government itself.”

If Senator Grassley is right about the fbi covering up Hunter’s crimes, then it is no exaggeration to say that the American intelligence and security officials have engaged in treason. Hunter was selling favors to Ukrainian, Russian, Kazakh and Chinese nationals. His laptop documents at least 17 cases where his father was involved in these dealings.

The White House and the fbi may deny it, but the U.S. Senate Committee on Homeland Security and Governmental Affairs and a myriad of private journalists are exposing the “deep state” that has been protecting corrupt officials for decades. “The fbi has now directly interfered in two consecutive presidential elections, placing a heavy hand on the scales to benefit Democrats in 2016 and 2020, all in hopes of keeping Donald Trump out of the White House,” wrote the Federalist. “It would not be too much to say the fbi is a threat to democracy and that it should be disbanded.”

Auten was also involved with the Crossfire Hurricane investigation the fbi used to frame Donald Trump for colluding with Russia to steal the 2016 election. Auten was tasked with verifying the phony Steele dossier, yet he failed to flag its many errors and inconsistencies. He and other fbi agents outright fabricated fake evidence that Donald Trump was illegally colluding with Russia before deliberately covering up evidence Hunter Biden colluded with Russia. This was all for the purpose of influencing U.S. elections!

In Hunter Biden’s messages, his father is referred to as “the big guy.” A 2017 e-mail from one of Hunter’s business partners, James Gilliar, links him to a deal with the energy company cefc, which is controlled by the Chinese Communist Party! Since the time that e-mail was sent, Joe Biden has publicly denied his role in his family’s business dealings at least seven times. Even as reporters began publishing what was on Hunter Biden’s abandoned laptop in 2020, Gilliar was still calling Joe Biden “the big guy” in a text message that has since come to light. Tony Bobulinski, who has been involved with Gillar and Hunter Biden’s foreign business dealings, confirmed them with documents and in a Fox News interview. (Democrats called that, too, “Russian disinformation.”)

Joe Biden knew all about these foreign business dealings because he was involved in them.

Shortly before the corporate media declared Joe Biden the winner of the 2020 presidential election, President Trump warned, “If he wins, the radical left will be running the country. They’re addicted to power. And God help us if they get it. We’ll never be the same country, and we will never be able to recover.” He was absolutely right. Obama used his intelligence agencies to suppress negative information about the Biden crime family as part of his successful effort to steal the election. Now he is using these same agencies to keep Biden in office despite overwhelming evidence of corruption and election fraud.

My father’s new and greatly expanded book, America Under Attack, explains why “the wealthiest, most powerful, most influential single nation in human history has become dangerously radicalized, divided and weak.” And it’s not because Russia, China, Iran or North Korea have outmatched or conquered it. Rather, it is because the “nation is being attacked from within by its own leaders.” A destructive spirit has taken hold of America’s political class and turned them against their own nation. Some are selling out their country Hunter Biden-style for personal profit, while others are selling it out Barack Obama-style for ideological reasons. But both groups are attacking the constitutional republic our Founding Fathers established, and they will continue to do so until people repent of their sins and turn to God for deliverance! I urge you to request your free copy of America Under Attack.