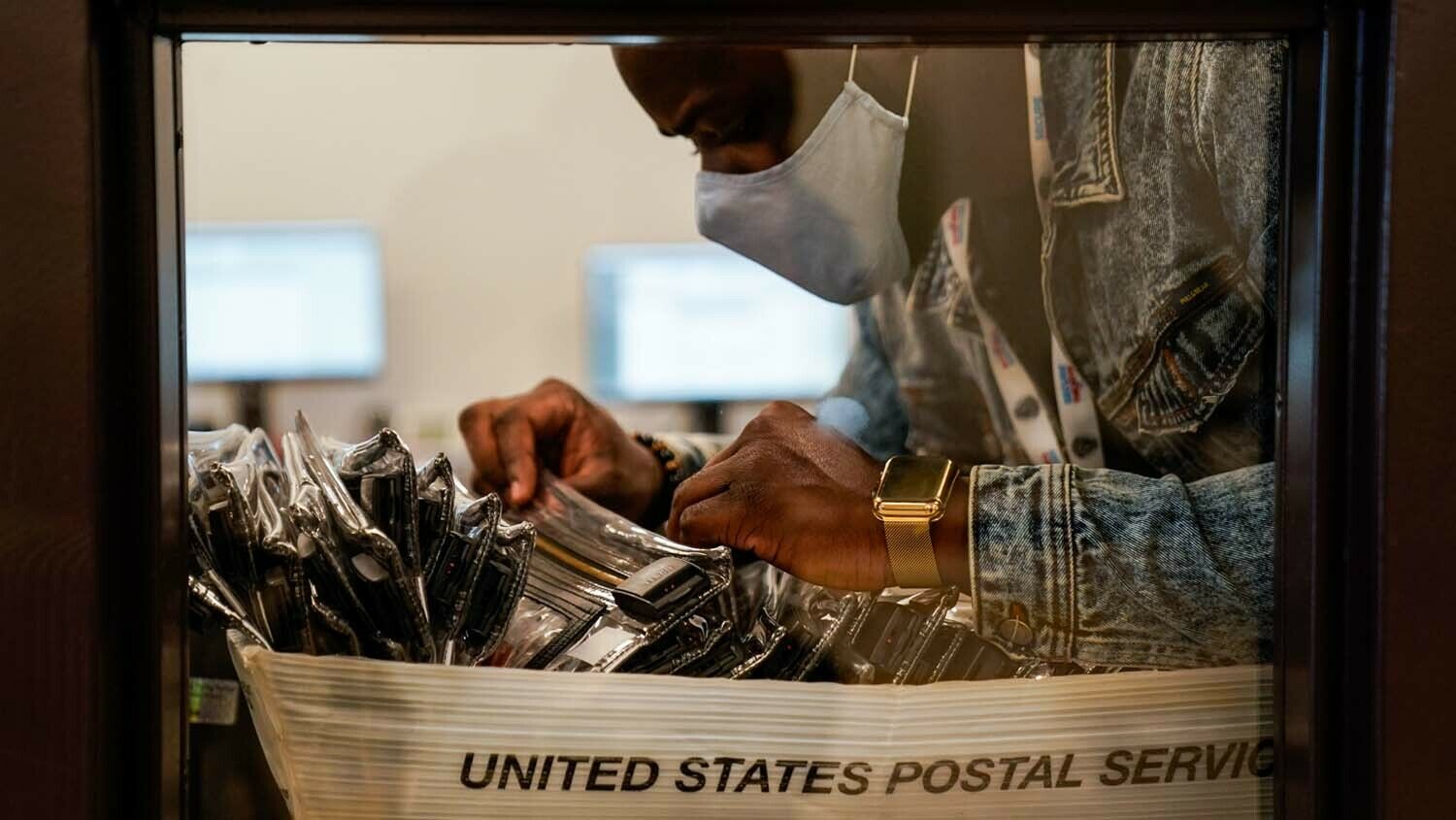 It’s getting harder and harder to deny that the 2020 election was stolen from President Donald Trump.

How do you carry out treason without facing any consequences? How do you commit sedition without firing a shot? How do you steal an American election? We are now finding out the who, what, when and where of the 2020 election overthrow.

Americans across the nation have been wondering how gaffe-prone career politician Joe Biden received 81 million votes. New video footage released by True the Vote shows where some of those votes came from: activists stuffing illegal ballots into unattended drop boxes. One clip shows a man fanning out 15 ballots so that he can photograph them before dropping them in. Apparently, whoever instructed him to cast illegal votes required him to provide photographic evidence of his crime in order to get paid. It seems like something from a Third World dictatorship, but it was recorded right here in the United States.

This egregious example was not an isolated incident. True the Vote exposed 242 traffickers who made a total of 5,662 trips to ballot drop boxes during the Georgia Senate runoff elections on January 5. About 40 percent of ballot drops recorded on video were made between the hours of midnight and 5 a.m. One person has already confessed that they were involved in a scheme to “harvest” ballots. He told True the Vote that he received $10 for each ballot collected and delivered to a ballot box. He did not appear to understand that his activities were illegal.

True the Vote is also promoting 2000 Mules, a new documentary from Dinesh D’Souza. Scheduled for release this spring, the documentary focuses on 2,000 election criminals who were caught on camera stuffing boxes in the swing states that Biden supposedly won. Like True the Vote, D’Souza uses footage obtained from geo-tracking cellular phone data to expose ballot “mules.”

It’s a crime scene, and the offense is stealing the presidency.

The documentary trailer spotlights one election thief who made 53 trips to 20 different ballot boxes. You are not hearing much about this fraud on Fox News, but the video evidence is irrefutable. Millions of Americans (including me) will be lining up to buy a ticket when this film is released. We don’t believe the big lie that the election, as disgraced cybersecurity director Chris Krebs put it, was “the most secure in American history.”

“In order to truly reclaim our country, we must solve one of the most important issues of all, insuring free and fair and honest elections,” Donald Trump said at his recent rally in Texas. “The 2020 election was rigged, and everyone knows it. You know who knows it more than anyone else is the Democrats.”

Americans know that their votes were stolen by ballot mules, election officials, voting machine tabulators and those behind them. But Mr. Trump is the only politician still fighting to expose the fraud. Like my father, Trumpet editor in chief Gerald Flurry, has pointed out numerous times, 2 Kings 14 says that the “affliction of Israel” was “very bitter” because there was not “any helper for Israel.” Therefore, God Himself has to save “the name of Israel” from being blotted out “from under heaven.” And God accomplishes this “by the hand of Jeroboam the son of Joash” (verses 26-28).

Americans descended from ancient Israel; Donald Trump is an end-time type of King Jeroboam ii. He currently has no powerful political help in exposing the stolen election. Yet the proof is surfacing, including literal video evidence.

Keep watching for God to intervene in American politics. He will restore Donald Trump to office in a way that exposes the deep corruption in America’s electoral system. God is showing us how sore, how terminal our affliction is: We are already under a traitorous regime that stole power, undercut the economy and is targeting what little traditional, familial, moral, biblical strength this nation has left. The lesson here is not “vote Republican.” It is to realize this inescapable fact: We the people have allowed the freest, wealthiest, most powerful, most blessed single nation in the history of the world to be stolen by seditious criminals who are now using their enormous and unlawful power to destroy our unity, subvert justice, incite domestic conflict, maim our military, harm our general welfare, and deny the blessings of liberty to ourselves and our posterity. Our decades and generations of turning away from God have consequences—these consequences!

“[I]t is peculiarly fit for us to recognize the hand of God in this terrible visitation,” President Abraham Lincoln said during this nation’s closest brush with death, “and in sorrowful remembrance of our own faults and crimes as a nation and as individuals, to humble ourselves before Him, and to pray for His mercy.”

Through Donald Trump, God will give this nation one last gasp of free air so that we can repent and “be spared further punishment, though most justly deserved.”