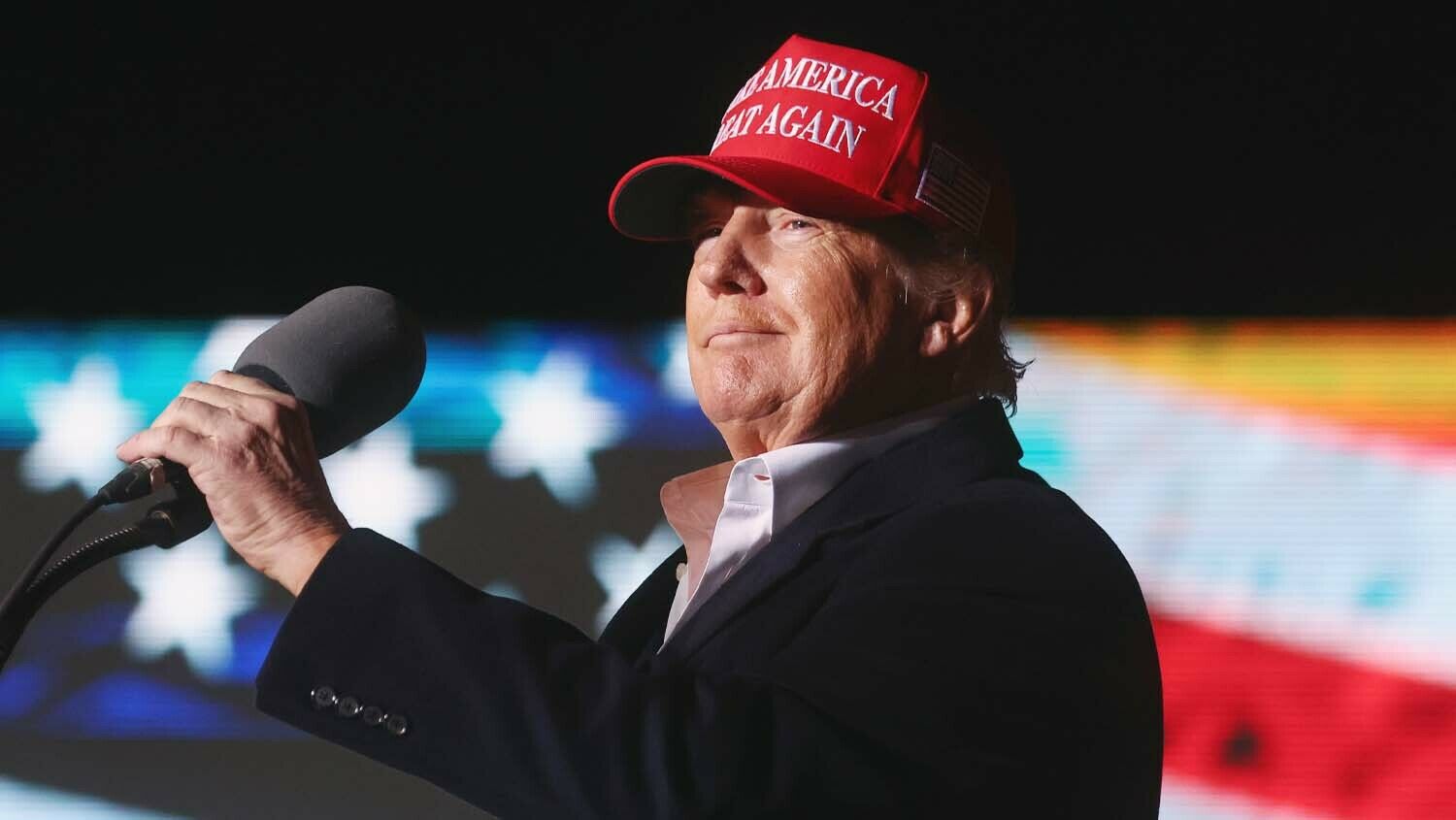 The tide is turning in American politics.

Donald Trump held his first rally of 2022 in Florence, Arizona, on January 15. At this “Save America” rally, Mr. Trump delivered a rousing speech to thousands of loyal supporters. Yet it is almost impossible to find a transcript of his speech because it was almost completely blacked out by the corporate media. cnn’s Brian Stelter observed that even the nominally conservative Fox News barely covered this Arizona rally, and the former conservative stalwart Ann Coulter told the New York Times, which misleadingly photographed empty chairs the day before the rally, “Trump is done. You guys should stop obsessing over him.”

Yet more and more Americans are waking up to the fact that the truth is usually the opposite of whatever the corporate media says. Over the past year, polls have indicated that huge numbers of middle class Americans feel strongly enough about the Biden regime that they have changed their party identification. One recent Gallup poll reported a 14-point swing toward people identifying with the Republican Party rather than Joe Biden’s Democratic Party. That says a lot about what Americans think of the pretender to the throne. So does the fact that thousands of people traveled long distances to hear Mr. Trump in Florence.

Reports of Donald Trump’s political death have been greatly exaggerated.

One of the few networks to cover Mr. Trump’s “Save America” rally was One America News. Yet even here, we see the propaganda machine at work. After the Biden regime told the corporate media to do more to censor “misinformation,” DirecTV announced it was removing One America News from its platform. Commentators like Brian Stelter are working on convincing you that news networks do not take Mr. Trump seriously. Meanwhile, his bosses and other news executives are repeatedly breaking clear, basic journalistic standards and colluding with each other, with the government and with other radical leftists, all for the purpose of stopping Mr. Trump.

cnn and other propaganda news networks are taking the 45th president very seriously. They are genuinely worried that even Democrats are appalled by what the Biden regime has done to this country in just 12 months of wielding power—so appalled that they will vote Republican.

You can see an indication of how hungry Americans are getting by looking at how they are consuming media. One interesting indicator is Twitter, a company that edits public discourse with anti-conservative labels, suspensions and outright banning people like President Trump. Its stock has cratered 50 percent. Another indicator is cnn itself. The multibillion-dollar company boasts 3,000 employees, 24 networks and services, 1,000 affiliates and 39 editorial operations worldwide. In contrast, Joe Rogan has a table, a neon sign, a couple of microphones and a podcast. cnn has an average of 773,000 total daily viewers. Joe Rogan now has 11 million people listening to each episode. That is more than triple the viewers of Fox News primetime commentator Tucker Carlson (and 13 times more than Stelter).

What is it about Rogan? One factor is his willingness to state the truth. cnn has not been telling the truth about covid-19 and has not been telling the truth about the 2020 election. Psychologist Jordan Peterson, who has been a guest on the show, said Rogan “doesn’t lie. Or talk down to his audience. Or manipulate for his own narrow advantage.” Rogan surely has his faults, but the point is that his popularity proves the same point Donald Trump made: People are hungry for the truth.

The Biden regime and other radical leftists dominating the media still wield a lot of power to keep that truth from them, but it’s becoming harder and harder. The steady diet of lies continues: lies about covid-19, lies about Afghanistan, lies about illegal immigration, lies about racism, lies about education, lies about inflation, lies about the economy—and lies about how the leftists took power in 2020. But even with cnn and the nation’s other largest television networks serving up story after story to convince the public otherwise, more than 40 percent of poll respondents still do not believe Joe Biden legitimately won 81 million votes and the election against Donald Trump’s record 74 million votes.

With the 2020 election, the radicals went all in to seize the government from President Trump and the Republicans. They hoped that enough Americans would believe their lies long enough, or not care enough, for them to consolidate power (by legalizing election fraud, for example). But Americans are starving for the truth and looking, again, to President Trump. That’s why Stelter desperately paints the president as a fringe figure when at least 98 times more people voted for Trump than watch Stelter’s show.

Some conservatives, like Steve Bannon, think that, after more than a year of disappointments, the Arizona rally could be the first step toward finally decertifying the fraudulent 2020 election coup. But you know that Joe Biden (and more importantly, Barack Obama) and the other radicals will not let go of power without a fight. If they can’t pass their pair of massive voting bills and reduce the next election to even more of a fraud frenzy than 2020, they will resort to other means.

In November, my father, Trumpet editor in chief Gerald Flurry, said that the tide is beginning to turn against Biden. It was not long after that omicron broke out and the inflation crisis began to balloon out of control. The official (likely understated) inflation rate for 2021 was 7 percent, the worst in the last 39 years. Even abc News stated that “this type of inflation can ultimately derail an economy.”

Worse than losing your money or your business or even your country, however, is losing the truth. At this point, people are starving for it, whether you realize it or not. And getting President Trump back in the White House is not the solution.

A prophecy in Amos 7 states that God will pass by America one last time so that people have a chance to solve this terrible problem. How? By repenting of their sins. “And the Lord said unto me, Amos, what seest thou? And I said, A plumbline. Then said the Lord, Behold, I will set a plumbline in the midst of my people Israel: I will not again pass by them any more” (Amos 7:8).

“We have been watching this prophecy since June 1990, in the second issue of the Trumpet we ever produced,” my father wrote in “Why I Still Believe Donald Trump Is Coming Back.” “It speaks of a time when God is preparing to measure the destruction of end-time Israel—the United States and Britain—and He says, ‘I will not again pass by them any more’ (verse 8). This is just before severe correction comes on these nations if they don’t repent. They are receiving their final warning. … So the entire context of God saying I will not again pass by them anymore is the time of ‘Jeroboam’—an end-time antitype of King Jeroboam ii of Israel.”

This prophecy is why we have consistently insisted that President Trump will return to power. We do not know exactly how this will unfold, and Arizona might or might not be the beginning of that restoration. But keep watching the rallies Mr. Trump is holding around the nation because a great red wave is indeed going to sweep America! Before that happens, before it’s too late, you must respond to what God is doing. It’s not enough to recognize the evil being perpetrated by the radical left. It’s not enough to put your faith in Donald Trump, the modern Jeroboam. Have faith in—and repent toward—the God who used Mr. Trump in the first place and is about to use Him again, for your sake.