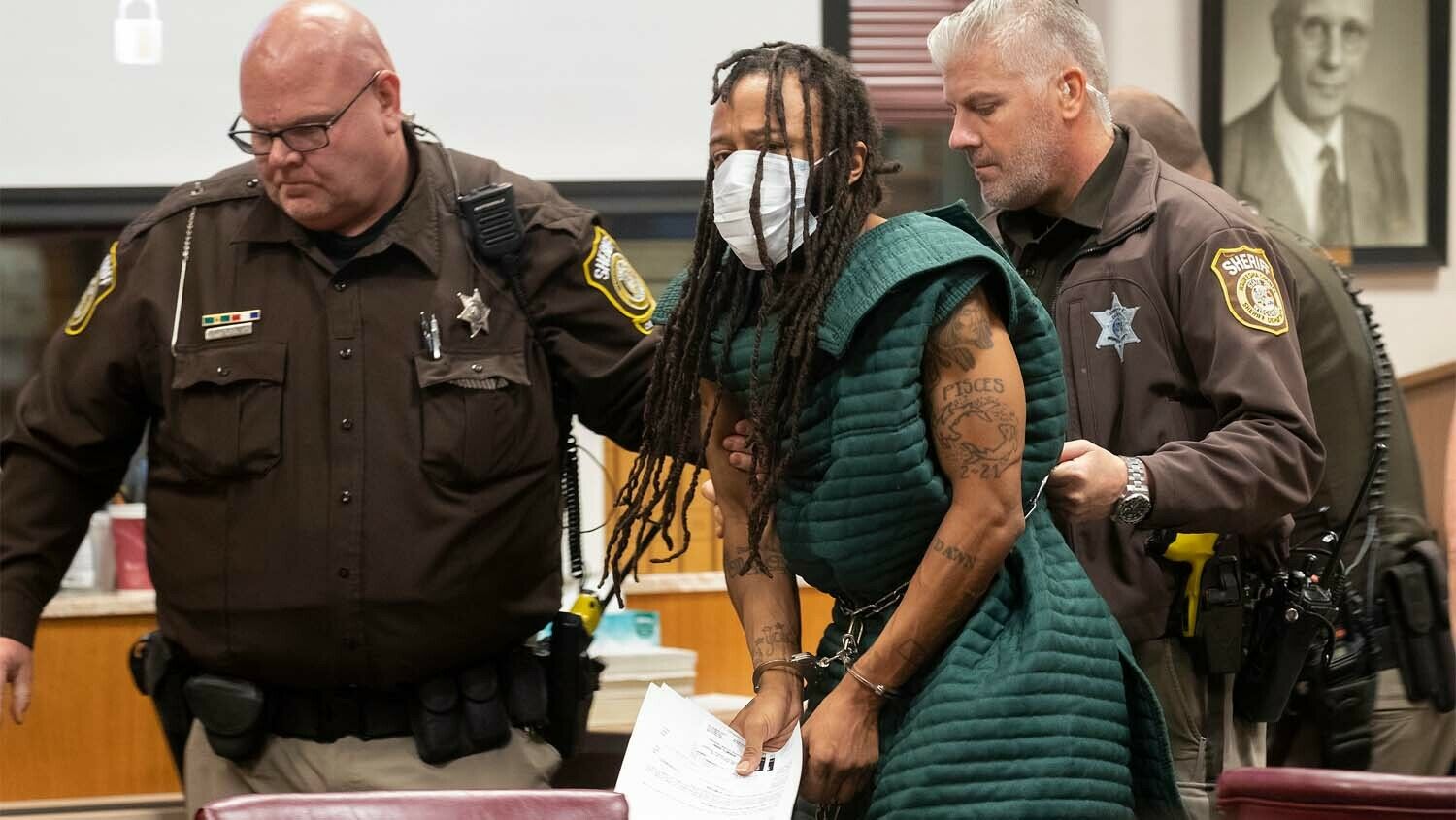 What do you do with a career criminal who belongs to a black supremacist sect of Islam and has a rap sheet that includes illegal firearm possession, drug possession, sex crimes, strangulation and suffocation, assault and battery, resisting arrest, jumping bail, and attempting to run over the mother of his child with an suv? If you are Milwaukee County District Attorney John Chisholm, you let this dangerous lunatic out of jail on $1,000 bail.

Chisholm’s office released Darrell Brooks just days before he accelerated that same suv into a parade, murdering six people and injuring more than 60 others.

Will this change Chisholm’s lenient approach to criminal justice? He took this approach knowing it would free killer criminals, and that those killers would go on to murder again. He admitted this outright in 2007, but said that that these preventable murders were a small price to pay for criminal justice reform in the United States.

Chisholm is not the only prosecutor to go soft on crime. It is happening across the nation. Other radicals are attempting to fundamentally transform the justice system in district attorney offices and congressional offices all over the country. They say it’s time to empty the prisons.

Even as Waukesha, Wisconsin, mourns, Michigan Rep. Rashida Tlaib is sponsoring a bill called the Breathe Act. She demands a 50 percent reduction in the prison population within five years and total decarceration within 10 years. You read that right. The radical left wants all prisoners back on the streets by the end of the decade. All prisoners. Petty criminals, nonviolent offenders and violent offenders, rapists and murderers.

It seems impossible to believe, but this is actually happening.

Axios on hbo host Jonathan Swan recently asked Tlaib to clarify whether she sees any downsides to these prison “reforms.” Tlaib doubled down on claiming that most prisoners are mentally ill people who could be upstanding citizens if they spent some time in a rehab facility. About 2 million people are in prison in the U.S. right now, about 800,000 of whom are incarcerated on convictions for assault, rape, robbery or murder.

There is no logical explanation for a leader to release almost a million of the nation’s most violent criminals onto the streets unless he or she wants attacks like the Waukesha massacre to occur across the country. And the only reason you would want criminal and terrorist attacks like that to occur is because you want a revolution.

It was obvious to see what was coming when District Attorney Chisholm got what he wanted in Milwaukee. It is inescapable to see what is coming if Representative Tlaib gets what she wants nationwide.

kgb defector Yuri Bezmenov taught that there are four phases to the Communist takeover of a nation. The first phase is called demoralization. It involves the ideological brainwashing of an entire generation of people. The second phase is called destabilization. It consists of stirring up severe societal problems in the target county to create a crisis. The third state is the crisis. The fourth stage is called normalization. This is where Communists “stabilize” the nation, under their control.

In his 1984 book, Love Letter to America, Bezmenov wrote that the demoralization phase had already been completed. It continues of course, but Communists have moved on to focus on destabilizing the nation to the point that its very existence is threatened.

Many liberals sincerely support mass decarceration because they have genuine sympathy for criminals and think that freeing them will make their lives better and, even though some will go on to hurt and kill again, it will be worth it. But those radical elites who are pushing mass decarceration the most are doing so because the obvious—and intended—effect of freed criminals hurting and killing again will destabilize America.

kgb Director Yuri Andropov used propaganda in the 1970s to inflame racial tensions in the United States in hopes that race war would bring down America. Many elites in the Obama-Biden-Harris administration are using a similar strategy today.

“Many prominent leaders, both black and white, are deliberately fueling those grievances for their own political gain,” my father, Gerald Flurry, writes in his book Ezekiel—The End-Time Prophet. “They are using race as a deadly weapon! The problems that will result are far more dangerous than they realize.”

Tlaib is a prime example of what my father is talking about. She cites the examples of Breonna Taylor, Tony McDade, Natasha McKenna, George Floyd, Aiyana Stanley-Jones, Elijah McClain, Pearlie Golden, Kayla Moore, Freddie Gray, Atatiana Jefferson, Oscar Grant and many others to get her Breathe Act passed. But the clear, overall plan of releasing millions of prisoners into the streets is to start a revolution in America.

“Those in the radical left know that they have a huge army of white and mostly nonwhite supporters that they could ignite into race riots and race wars!” my father warned in a 2012 letter to co-workers. “And they would not hesitate to do so if it served their purpose. Soon that horrible reality will explode in America. It was prophesied to happen. Satan and millions of powerful demons have been cast down to Earth (Revelation 12:9-12). Satan knows his time is short and that Christ is about to return. He is a master at working on emotions, moods and attitudes. He is in his worst wrath and is stirring all this race hatred to tear the American superpower to pieces. Most people will never accept this truth until they are in the worst suffering ever on this Earth. That is because they don’t know God—and they don’t know the devil! All this bad news is a sign of the imminent coming of Christ, the best news we could hear!”

The radical left is not using its influence for healing and reconciliation. It is stirring up a race war. We have to understand why. Critical race theory was invented to pit races against each other, but the root cause of this hatred and division goes deeper than critical race theory and all other forms of cultural, economic and militant Marxism.

The Bible prophesies that America’s cities are going to burn. This is a punishment for sin (Isaiah 1:7; Ezekiel 5:1-4). The burning we have already witnessed may drive more and more Americans to Donald Trump and the Republican Party. But the only real solution is for people to repent toward God!

To read what the Bible prophesies about the crime, terrorism, race riots and war that will engulf America just before the return of Jesus Christ, request your free copy of Ezekiel—The End-Time Prophet, by Gerald Flurry.