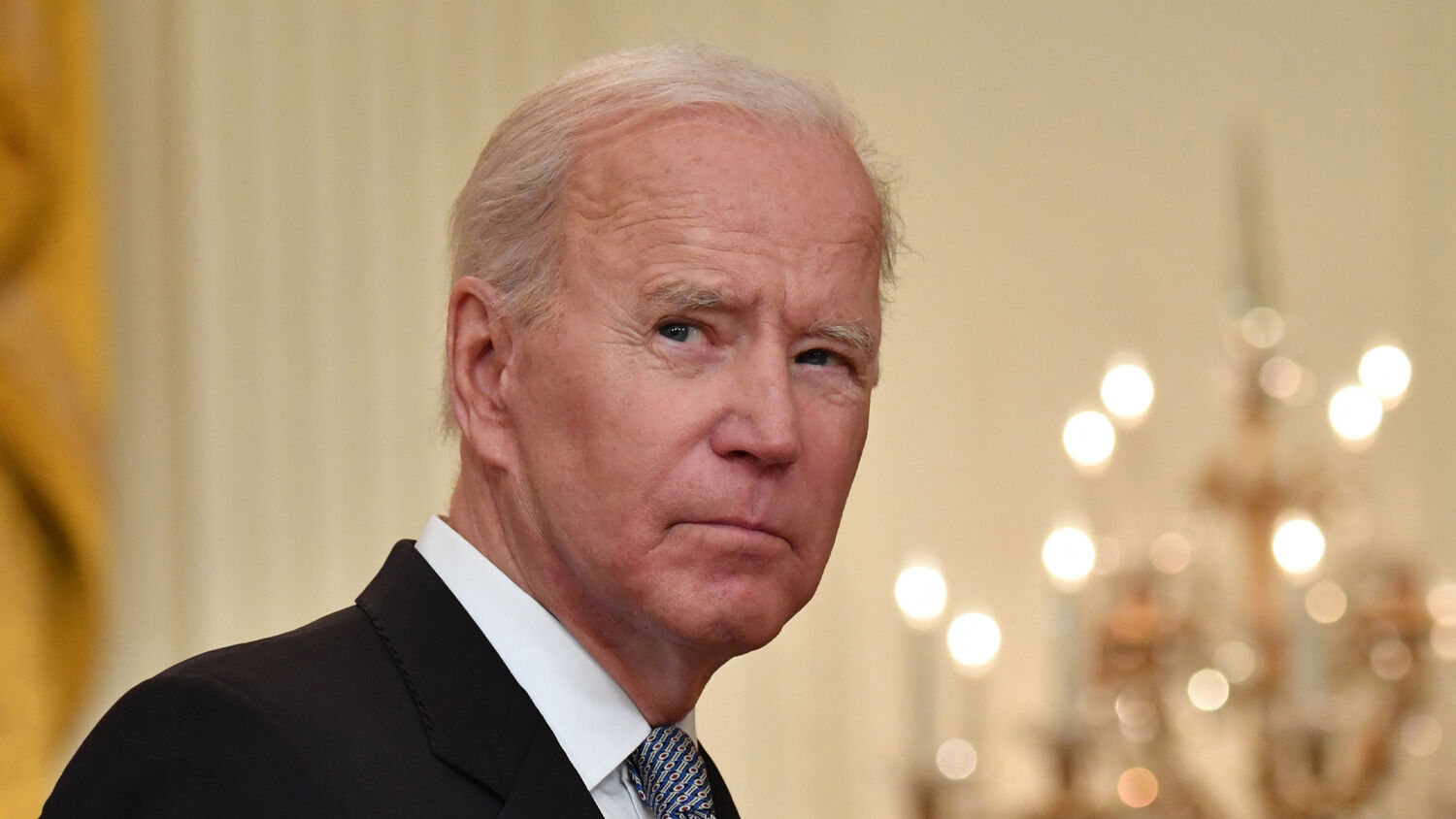 The needle is slowly but surely moving in the direction of voter fraud! On May 9, former Speaker of the House Newt Gingrich said on nationwide television that Joe Biden is an illegitimate president—something he was not saying so publicly just two or three months ago.

“In my mind there is no question that those states were in effect stolen,” Gingrich told Maria Bartiromo on Fox News. “That doesn’t make the national media happy, but as a historian, people are going to find it’s absolutely true.”

In the weeks following the 2020 United States presidential election, Gingrich was convinced Democrats were trying to steal the presidency, and he worked hard to expose the fraud. But then the January 6 Capitol Hill protests happened, and the propaganda media began churning out misinformation about President Donald Trump leading an armed insurrection. So Gingrich and several Republican senators backed away from exposing fraud—as if the facts of fraud had suddenly changed.

Gingrich and so many others are finally starting to wake up to the fact that the real insurrection on January 6 was the one perpetrated by the radical Democrats who stole the presidency.

When Bartiromo asked Gingrich about the new election laws in Arizona, Florida and Texas, he said, “I think we learned in 2020 and earlier that we have elections that are too easy to steal. For example, you can actually buy an official Georgia presidential ballot on eBay, and you can also buy these in a number of other states. So, when they tell you they are controlling the ballots, it is just not true. This is a very open system. It is a system where people could cheat and did. … In a number of states, the Republicans were just plain out-lawyered.”

The Democrats could cheat, and the Democrats did cheat. They changed the rules, they broke the rules, and they stuffed the election full of fraudulent ballots. Now that the evidence is actually being examined, we are hearing a much stronger tone coming from Republicans. House Republicans are preparing to oust conference chair Liz Cheney from leadership this week because she is too anti-Trump. On January 12, Cheney announced that she would vote to impeach President Trump because she viewed him as having incited the riot at the Capitol six days earlier. Republican leadership put up with her at the time, but no longer.

Establishment Republican Adam Kinzinger explained how he wants you to view the situation: “We’re four months after January 6, an insurrection, something that was unthinkable in this country. And the message from the people that want to get rid of Liz Cheney is to say it’s just time to focus on the future and move on, like this was 10 years ago and we’ve been obsessed about it since. It’s been four months. And we have so many people, including our leadership in the party, that has not admitted that this is what it is, which was an insurrection led by the president of the United States, well-deserving of a full accounting from Republicans.”

Reading between the lines, you realize that Republican leadership may have kowtowed to the radical left immediately after the January 6 protests, but they are now ready to put that protest behind us and start talking about the much bigger issue of election theft.

Joe Biden’s Justice Department is in the middle of one of the largest investigations and prosecutions in U.S. history and is expected to charge at least 100 more individuals connected to the January 6 protests. But the real reason the propaganda media is hyping up these protests is to divert attention from something else: the long-in-coming, highly contested recount that is finally taking place as you read this in Maricopa County, Arizona. Donald Trump has suggested that this may be the first domino to fall in a nationwide audit exposing widespread election fraud.

An “insurrection,” by definition, is “an act or instance of rising in revolt, rebellion, or resistance against civil authority or an established government” (dictionary.com). So who are the real insurrectionists? The individuals who were at the Capitol on January 6, or the conspirators who illegally forced a president out of office on November 3?

Former Arizona Secretary of State Ken Bennett recently told One America News that Maricopa County election officials do not even have full access to the voting machines they want to examine for their audit. When asked whether Maricopa County had the password required to access these voting machines, Bennett said, “Well they gave us some preliminary passwords that our I.T. company used to get into the machines, but then they ran into a second password that it required to get into the administrative functions of the ballot image scanners that were used down in the polling locations. They are called ICPs in the Dominion systems. But Maricopa County has now responded that they don’t have the second password to get into the administrative functions of the machines. Only Dominion has that.”

Only Dominion has that. What a stunning revelation! You would think more media outlets would be interested in covering this. Dominion Voting Systems, a private company based in Canada, has more control over the presidential and other elections in Maricopa County than the elected officials of Maricopa County! Even though the Arizona Senate ordered the audit of Maricopa County’s general election results, Dominion says the auditing company Cyber Ninjas is not approved by the U.S. Election Assistance Commission, so Dominion refuses to turn over the passwords.

Apparently, even the Arizona Senate is not allowed to see what goes on inside those machines.

“U.S. Census data released last week called into question the official vote tally from the 2020 election,” the Election Wizard reports, later stating that, according to the Census “the recorded number of people voting in 2020 was tallied at 154,628,000. On the other hand, official results place the number of actual ballots cast slightly north of 158 million. That’s a discrepancy of nearly 4 million votes. Speaking to pollster Richard Baris during an episode of ‘Inside the Numbers,’ lawyer Robert Barnes said historically, the Census tends to ‘pin on the nose’ the recorded vote numbers with the actual results. In other words, often the two data sets reasonably match. … Of course, sometimes the Census has missed the mark. But for decades, in almost every case where the Census grossly botched the results, it was because the bureau over-recorded the number of those who voted” (emphasis added). This raises the obvious question: Where did the extra 4 million ballots come from?

“No one knows where many of those extra 4 million ballots came from because even elected representatives of the American people cannot access the administrative functions of Dominion voting machines. Maricopa County elections witness Jan Bryant testified before the Arizona legislature that ‘I was in the tabulation center. You know the glass [wall] and the servers in a glass room. All the computers are on a single cable that you can see. None of that matters because of two things. One, the Dominion employees were the only ones that were running any of that equipment … no county employees, no I.T. people … they did all the training … printed all the reports …. Never in a million years would I turn my company’s most important thing over to someone else. And there’s only two guys and they had the whole control of everything.’”

You would never run a business where outside contractors are the only ones who could see your most important and most sensitive records, and you yourself could not see them. Yet this is exactly how counties across the nation ran the 2020 U.S. presidential election.

Attorney Matthew DePerno filed his latest finding in the Circuit Court for Antrim County, Michigan, last week. He found 1,061 “phantom” ballots in the county during the 2020 election, and an alleged nearly 100 percent voter turnout between ages 65 and 80 in the county, despite the threat of coronavirus. Antrim County is one of 47 counties where the state of Michigan used Dominion Voting Systems to process ballots.

“It is practically an open secret that radical Democrats stole the 2020 United States presidential election,” my father wrote in his article “What Will Happen After Trump Regains Power.” “Polls show that over 70 percent of Republicans believe the election was stolen. A lot of Democrats also believe the election was stolen; I think many of them know it was. Even official totals show a record 74.2 million people voted for President Donald Trump—nearly 5 million more than anyone in American history! … To understand the election fraud in America, you must understand a passage in 2 Kings 14. The book of Kings is part of the Bible called the former prophets. The former prophets are prophets: The men who wrote them were prophets, and prophets are used by God to prophesy. These books contain history, but they are highly prophetic.”

“For the Lord saw the affliction of Israel, that it was very bitter: for there was not any shut up, nor any left, nor any helper for Israel. And the Lord said not that he would blot out the name of Israel from under heaven: but he saved them by the hand of Jeroboam the son of Joash” (2 Kings 14:26-27). This passage is not only history but also prophecy for the descendants of Israel. Those descendants are mainly the United States, Britain and the Middle East Jewish nation named Israel. “Jeroboam the son of Joash” refers prophetically to an end-time president who saves Israel from destruction.

There are people working to blot out the name of Israel—and many of them work for the Democratic Party and scandal-plagued voting technology companies owned by shadowy private equity firms pursuing the same agenda as the Democratic Party. For President Trump to defeat these people and regain power, he is going to have to fight like no president has ever fought before. This prophecy in 2 Kings 14 is why the Trumpet continues to assert that President Trump will return to power. We do not know exactly how this will unfold, but look for nation-shaking election fraud to be exposed this summer!