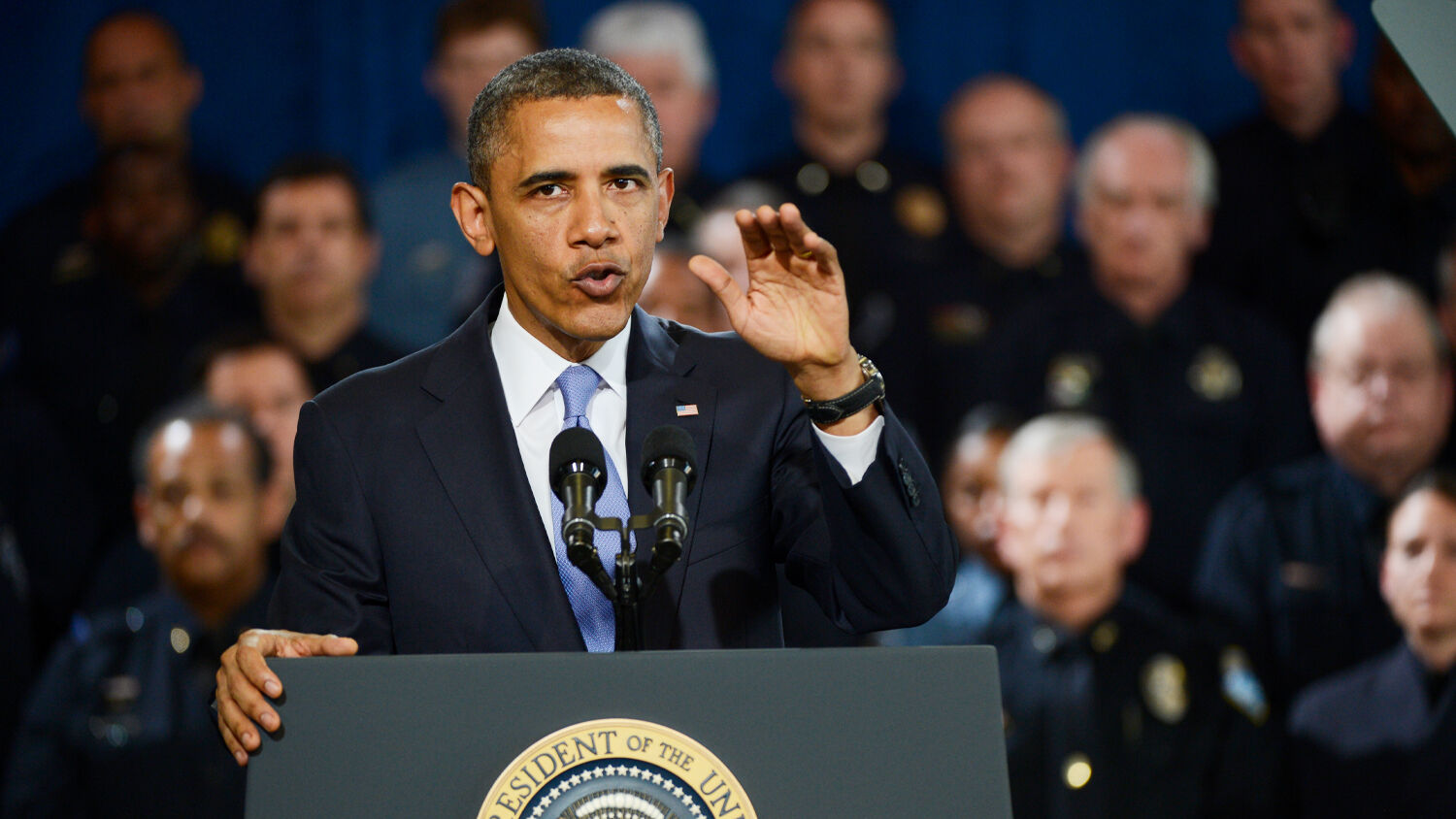 The massacre at King Soopers supermarket is a national tragedy, but don’t expect the Biden-Harris administration to do anything about the real threats against America.

A deranged gunman entered the parking lot of a King Soopers supermarket in Boulder, Colorado, on Monday and began shooting a Ruger AR-556 pistol at customers trying to buy groceries. Over the course of the next hour, this madman murdered 10 people, including 51-year-old police officer Eric Talley, before he surrendered to local police officers after they shot him in the leg. The motive for this demoniac’s killing spree was not immediately apparent, but that did not stop the propaganda media from speculating.

After seeing a photograph of the murderer, who was clearly Caucasian, actress Rosanna Arquette posted a comment on Twitter, saying, “Call it what it is … white supremacist domestic terrorism.” American lawyer Meena Harris, the niece of Vice President Kamala Harris, posted, “Violent white men are the greatest terrorist threat to our country.” usa Today editor Hemal Jhaveri insisted that only “an angry white man” could have done such a thing. And one self-avowed social media activist stated, “A white Christian terrorist killed ten innocent people with a gun in a grocery store, Colorado, USA.”

These statements reveal how the Democrat media complex is obsessed with race.

Yet authorities have now identified 21-year-old Ahmad al-Aliwi Alissa as the gunman. Alissa is a Muslim immigrant from Syria who has praised the prophet Mohammed and has scouted out churches and Trump rallies as potential jihadi terrorist targets. So, while Ahmad Alissa is technically a Caucasian male, he was not a “a white, Christian terrorist.” He is an Islamic jihadi who murdered 10 white Americans and injured several others in his quest to terrorize the American people.

Prominent American race baiter Tariq Nasheed has doubled down on the white supremacy narrative, insisting that terms like “Arab” and “Islamic” do no change Alissa’s “whiteness.” But most of the progressive media has dropped the white supremacy angle now that we know Alissa is Muslim. They have shifted the narrative away from race to focus on another leftist obsession: gun control.

American activist and writer Amy Siskind perfectly illustrates this pivot. On Monday, she said that the fact that the shooter “was taken into custody” reveals that he “was certainly a white man … if he were black or brown, he would be dead.” On Tuesday, when authorities announced that the killer’s name was Ahmad al-Aliwi Alissa, she said, “Let’s mourn the victims, but not glorify the killer with the attention of having his name widely known.” And on Wednesday, she said, “Obviously we should all be calling and messaging our members of the House and Senate to demand gun control measures now! Keep the pressure on!”

Former United States President Barack Obama has weighed in on the issue. The day after the shooting, he released a statement saying, “It will take time to root out the disaffection, racism and misogyny that fuels so many of these senseless acts of violence. But we can make it harder for those with hate in their hearts to buy weapons of war. We can overcome opposition by cowardly politicians and the pressure of a gun lobby that opposes any limit on the ability of anyone to assemble an arsenal. We can, and we must. A once-in-a-century pandemic cannot be the only thing that slows mass shootings in this country.”

And shortly after Obama released his statement, Joe Biden faithfully repeated his boss’s stance. “I don’t need to wait another minute, let alone an hour to take common sense steps that will save the lives in the future and to urge my colleagues in the House and Senate to act,” Biden said at the White House. “We can ban assault weapons and high-capacity magazines in this country once again. I got that done when I was a senator. It passed. It was law for the longest time, and it brought down these mass killings.”

So, both Obama and Biden are calling on Congress to ban assault weapons and high-capacity magazines like they did when they passed the Federal Assault Weapons Ban of 1994. This 10-year ban expired in 2004 and was not renewed because, contrary to Biden’s assertions, several studies determined that the ban did not have a significant effect on firearm homicides. Plus, the ban is almost certainly a violation of the Second Amendment of the U.S. Constitution, which states, “A well-regulated militia, being necessary to the security of a free state, the right of the people to keep and bear arms, shall not be infringed.”

Since the AR-15 is the most commonly owned rifle in America, it is certainly protected by the “common use” standard established by the U.S. Supreme Court in the case Heller v. District of Columbia (2008).

U.S. Rep. Marjorie Taylor Greene has further noted that “Colorado has everything the left has asked for,” including universal background checks, red flag gun seizure laws, “hi-capacity” magazine bans, and a passing gun control grade from the American advocacy and research organization Giffords. And all that still did not stop a radical Islamist from obtaining a lethal weapon and massacring people.

“The Soviet Union left its mark as one of the deadliest political regimes in the history of mankind,” wrote José Niño at the Mises Institute. “However, it could not get away with such atrocities without having a complete monopoly on the use of force. To maintain its iron grip, the Soviet Union had to turn to the most proven form of suppression—gun confiscation. On Dec. 10, 1918, the Council of People’s Commissar mandated that Soviet citizens turn in their firearms. Failure to do so led to criminal prosecution.”

Nazi Germany, Communist Cuba, socialist Venezuela and many other authoritarian dictatorships throughout history have also relied on “the most proven form of suppression” to control people. And the radical left in America today is showing its tendency more and more to force its will on the public.

“Most Republicans don’t realize what they are dealing with: people who are absolutely committed to destroying the government of this land!” my father wrote in his 2018 article “Saving America from the Radical Left—Temporarily.”

The mindset behind the radical Democrats is exposed when you look at their handling of another issue: gun control. Every time there is a school shooting, even before any facts about the situation come out, they immediately begin pushing for gun bans. After the most recent shooting, they funded student groups and encouraged students to revolt against authorities. They don’t just want to raise the buying age or to restrict the sale of a few types of guns; they want to eliminate all guns. They hate the Second Amendment and want to destroy the Constitution. They want a revolution!

This is a perspective you do not get from mainstream sources. Liberals will tell you that we have to ban assault weapons to stop “white supremacists” from going on mass shooting sprees. And conservatives will cite research showing that gun control is ineffective against criminals—since they are willing to break the law anyway. But too few are warning about the dangers of an out-of-control government that wants to confiscate guns so they can transform America into a socialist state without fear of a public uprising!

The murders that happened at King Soopers supermarket are a national tragedy, but don’t expect the Biden-Harris administration to do anything to fight against radical Islam. They will be too busy talking about white supremacy, clamping down on gun ownership, and attacking the U.S. Constitution.

An end-time Bible prophecy about the nations of America, Britain and Israel says, “And if ye shall despise my statutes, or if your soul abhor my judgments, so that ye will not do all my commandments, but that ye break my covenant: I also will do this unto you; I will even appoint over you terror …. And I will break the pride of your power; and I will make your heaven as iron, and your earth as brass” (Leviticus 26:15-16, 19).

Today, Americans have turned away from God’s law, so they are being plagued by terrorists like Ahmad al-Aliwi Alissa and no longer have the willpower to do much of anything about it. That is why so many are willing to surrender to the radical left. They do not trust God to protect them, nor do they even have the pride to defend themselves. So the curses on America will continue to intensify until, as verses 40-43 state, people “shall confess their iniquity” and cause God to “remember [His] covenant” with America’s ancestors!