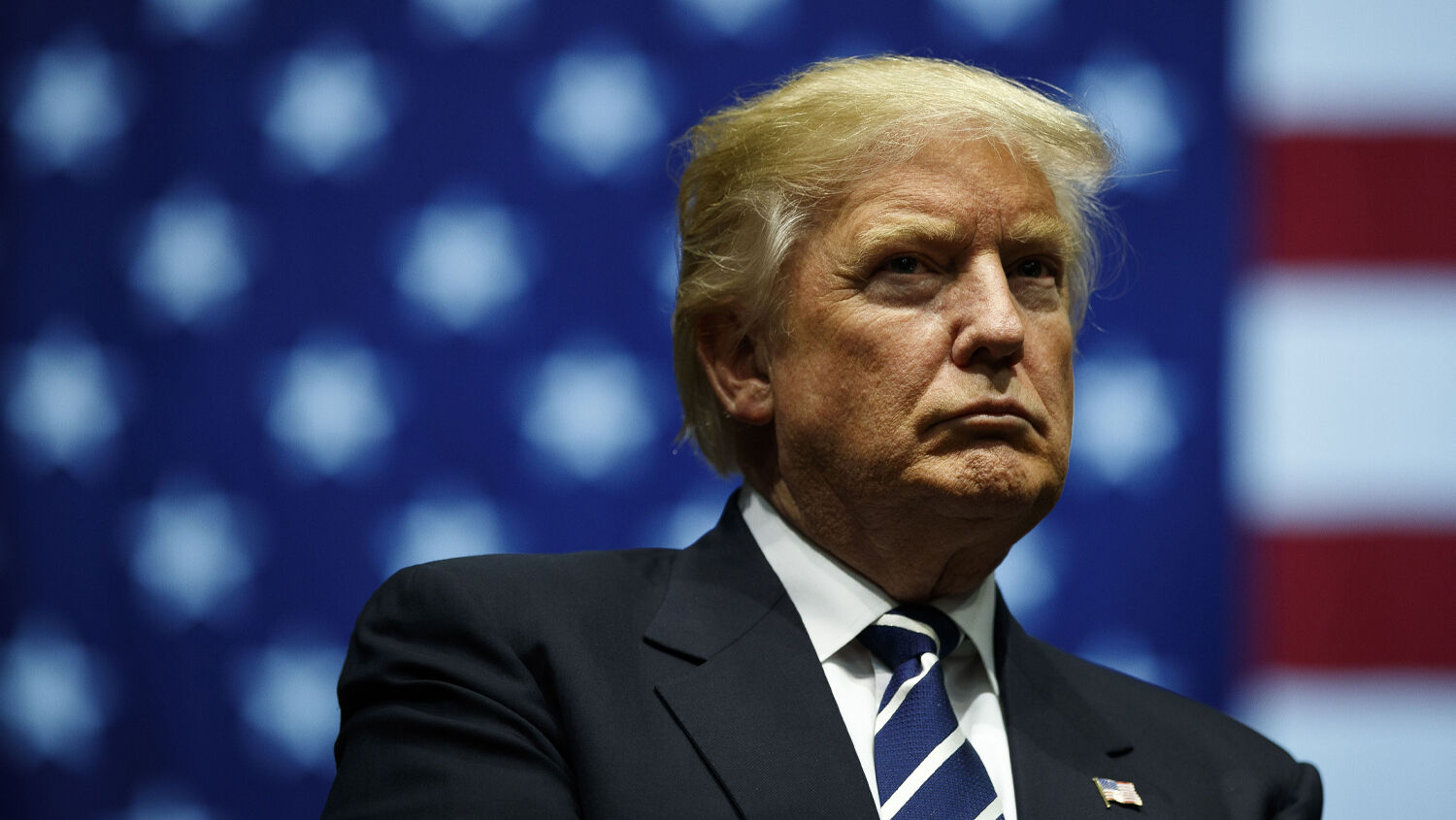 Earlier today, Donald Trump and his wife moved out of the White House. A short while later, Joe Biden was inaugurated as America’s 46th president. Mr. Biden and his party now have total control over America’s government. Look at this from almost any perspective, and it appears we just witnessed the end of Donald Trump and his ambition to “Make America Great Again.”

This might be the way men perceive today’s events. It is not the way God sees them.

For four years, the Trumpet has explained the biblical prophecies in Amos 7, 2 Kings 14, Daniel 8 and Revelation 12. These passages prophesy the emergence of an end-time “Antiochus,” a corrupt and lawless man who hates traditional America and leads a national and even global campaign to “blot out the name of Israel.” They also prophesy about an end-time Jeroboam ii, a powerful leader whom God raises up to save America from imminent destruction. God rescues the nation from this evil movement so that He can give them one more warning (Amos 7:7-9).

We have not seen the last of Donald Trump. How do we know this? Because God’s prophecies in Amos 7, 2 Kings 14, Daniel 8 and Revelation 12 have not been entirely fulfilled!

In moments like this, life comes down to one thing: faith!

How strong is your faith in God, in His Word, and in His prophecies? God wants to know. Today’s events give you and me a wonderful opportunity to consider this subject of faith, and to evaluate our faith, and to grow our faith. Is anything more important than growing in faith? The Bible says we are “saved by faith” (Ephesians 2:8-9).

If you haven’t read it, I strongly encourage you to request and study What Is Faith? by Herbert W. Armstrong. It was written many decades ago, but this booklet was written for this moment!

Notice what Mr. Armstrong wrote about faith: “Faith has only to do with God’s Word! The one question is, Has God promised it in the Bible? If He has, then probabilities, possibilities, feelings, convictions, impressions, have nothing whatsoever to do with it. God has a thousand ways we know nothing of, of answering and providing whatever He has promised. We don’t need to see how He is going to do it or even when!

“And that’s another thing: He almost never will do it the way we expect. So don’t try to figure out how it is possible for God to do it. You are trusting supernatural power! God works in mysterious ways His wonders to perform. What He promised He will perform; but He will do it His way and in His time. Leave all that to Him and just trust Him. Rely upon His Word.”

As you digest what happened today, be sure to funnel your thoughts and observations through Hebrews 11, and through those two paragraphs from Mr. Armstrong.

Romans 4:18 is one of my favorite scriptures. Paul is talking about Abraham, a man who set one of the best examples of faith in all the Bible. The Moffat translation says, “For Abraham, when hope was gone, hoped on in faith, and thus became the father of many nations—even as he was told.”

Remember the story of Abraham? He and his wife Sarah couldn’t have children. Finally, when he was 75 years old, God prophesied that Abraham and Sarah would have a son, and that God would fulfill His great promise through this boy and his descendants. But God didn’t give Abraham and Sarah this child immediately.

In fact, Abraham waited 24 years for God to follow through with His promise! Imagine: With every year that passed, the chances of conceiving a child would have seemed—at least to human eyes—more unlikely and hopeless. It would have been so easy for Abraham to lose faith. But he didn’t. As Paul said, “when hope was gone, [he] hoped on in faith.”

This is what we must do. Humanly, there isn’t much hope. But we don’t operate on human faith. Ephesians 2:8 says the faith required comes from God. Faith is the “gift of God.” Like Abraham, we must hope on in faith!

Romans 4:19 says, “And being not weak in faith, he considered not his own body now dead, when he was about an hundred years old, neither yet the deadness of Sara’s womb.” This man was 100 years old. His wife, even more amazingly, was 90. Yet Abraham believed God’s promise and prophecy that he and Sarah would bear a child!

Once we have educated our faith, once we have studied the prophecies, and seen where God makes these prophecies, we need to be just like Abraham and simply believe God’s promises.

“He staggered not at the promise of God through unbelief; but was strong in faith, giving glory to God” (verse 20). When events don’t unfold exactly how we believe they should, it’s natural to get a little unstable, to begin to stagger or hesitate. This is human. The faith we need to prevent this comes from God. When we have this type of faith, we won’t shake or stagger.

Finally, consider verses 21-22: “And being fully persuaded that, what he had promised, he was able also to perform. And therefore it was imputed to him for righteousness.” Abraham was fully persuaded that everything God promised, He was able to perform. He had absolute confidence in God. This is why he obeyed without question. He just knew that God would back up His word.

Finally, when you study Hebrews 11, stop and think on verse 3: “Through faith we understand that the worlds were framed by the word of God, so that things which are seen were not made of things which do appear.” The term “worlds” refers to the various ages of man, or the many historical periods. But it also refers to the universe, the vast, limitless system of planets, stars and galaxies. The term “framed” means to put in order or arrange. Barnes says that the “meaning here is that they were set in order by the Word of God.”

In moments like this, we need historical perspective. That’s what this verse is talking about.

God has been “framing”—setting in order, arranging—human history from the time of Adam and Eve!

Think about the greatest moments and events in history—the battle of Dunkirk in May 1940—the defeat of the Spanish Armada in 1588—the Louisiana Purchase in 1803—the incredible journey of Lewis and Clarke—the rise of Alexander the Great and the Greek Empire—ancient Persia’s wars with Greece—the Roman Empire and the six resurrections of the Holy Roman Empire—the emergence of the British Empire—America’s emergence as the single greatest nation on Earth. Each of these events was a pivot point in world history. Each had a decisive impact on the destiny of the nations involved, and even the world at large. And each was the direct result of a specific Bible prophecy!

Just like in the past, events in America and across the world right now are being “framed by the word of God.” World events are being shaped and arranged by God’s prophecies in Amos 7, 2 Kings 14, Daniel 8 and Revelation 12. We don’t have to worry about how this happens exactly, or even when.

Like Abraham, our task right now is to “hope on in faith.”