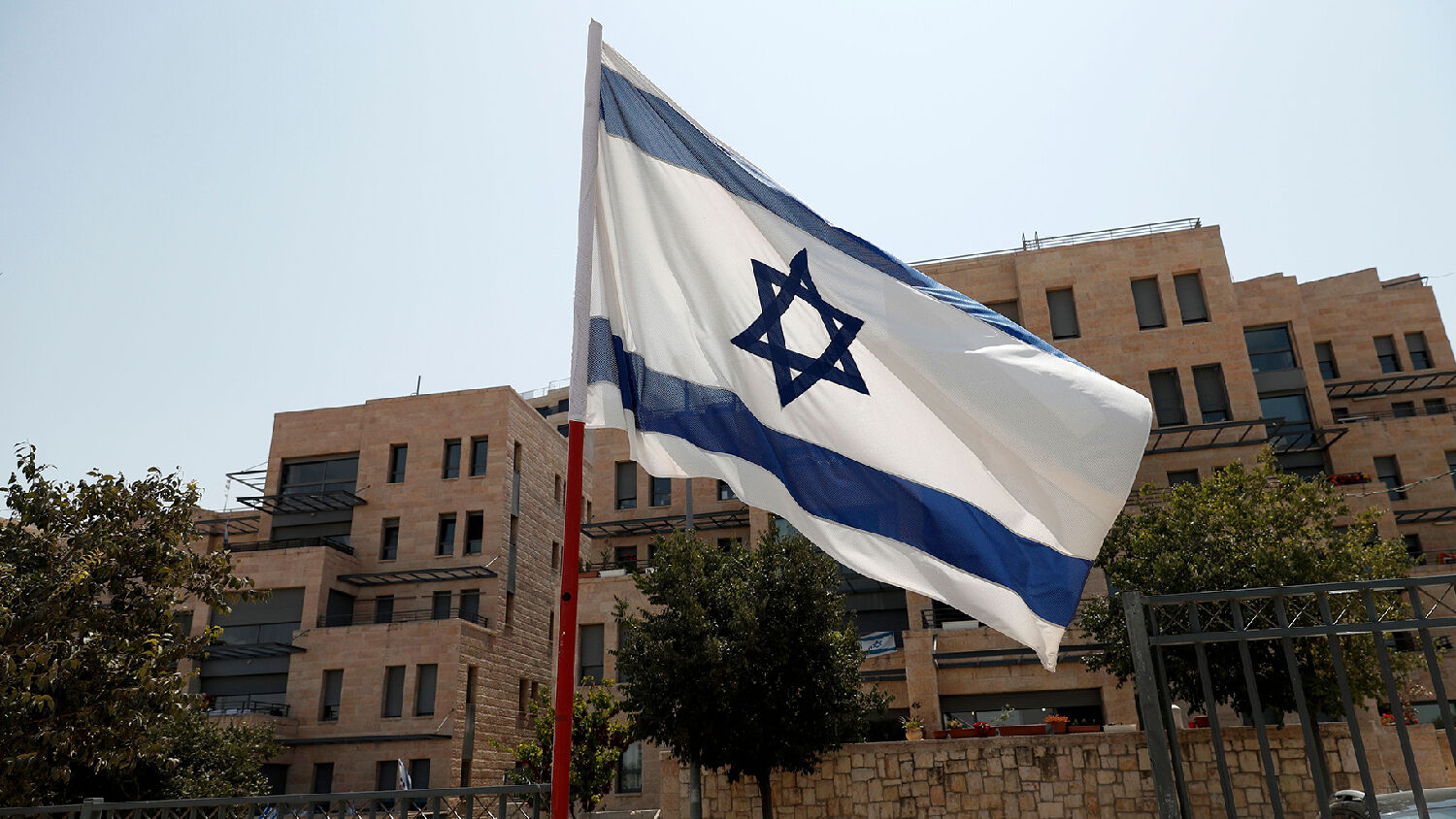 A picture taken on September 10, 2017 from Jabel Mukaber, a Palestinian neighbourhood In Israeli-occupied East Jerusalem shows an Israeli flag flying in the Israeli settlement of Nof Zion.
AHMAD GHARABLI/AFP via Getty Images

Israel was not only struck by terrorist missiles from Gaza this week, it was also attacked by the European Union. On Tuesday, the European Union’s Court of Justice made a ruling that discriminates against goods produced in Israel, codifies anti-Semitism into EU law, and undermines the sovereignty of the Jewish nation.

The new ruling concerns labeling goods coming from what it terms “settlements.” It says: “Foodstuffs originating in territories occupied by the State of Israel must bear the indication of their territory of origin, accompanied—where those foodstuffs come from a locality or a group of localities constituting an Israeli settlement within that territory—by the indication of that provenance.”

This ruling says that labels on Israeli goods produced in East Jerusalem, the Golan Heights and Judea and Samaria (the West Bank) must use the word “settlement.” According to the EU judges in Luxembourg, this will help European shoppers make “informed choices” about products made in Israel.

The term “settlement” here is telling, and deeply insidious. This ruling isn’t about a region. It’s about race and religion. The European court could have easily required labels to simply identify the region of origin: “Made in the Golan Heights” or “Made in Judea.” This law says explicitly that if a product comes from one of these regions, the label must use the term “settlement.” As far as Europe is concerned, only one group of people lives in “settlements” in East Jerusalem, Judea and Samaria, and the Golan Heights.

The EU might as well have required labels to say, “Made by a Jew.”

This ruling actively institutionalizes and promotes the boycotting of Israel and the denouncing of Jews.

Ayelet Shaked, a former justice minister and the head of Israel’s Yamina Party, said the EU’s decision had the “stench of anti-Semitism.” Brooke Goldstein, executive director of the Lawfare Project, a New York-based pro-Israel advocacy, said that the EU’s ruling will “codify religious discrimination into law …” (emphasis added). In simpler terms, this ruling codifies anti-Semitism into EU law.

It also reveals the EU’s extraordinary hypocrisy. Responding to the ruling, Israel’s Foreign Ministry described it as “a tool in the political campaign against Israel,” and stated, “The ruling’s entire objective is to single out and apply a double standard against Israel.”

The EU hasn’t made a ruling like this for products made in Turkish-occupied Cyprus or Russian-occupied Ukraine. Only for Israel.

It would be easy to overlook the significance of this new law. Compared to the theatrics of an impeachment hearing or a crucial national election, the ruling of an obscure, seemingly mundane law by Luxembourg lawyers is a snorer of a story. But coming at a time when anti-Semitism is rising across Europe, this decision should be a clanging wake-up call.

“Soaring anti-Semitism is just the new normal,” wrote Richard Palmer in the September 2019 Trumpet. The statistics on this are shocking. “In France, anti-Semitic acts were up 74 percent in 2018 compared to 2017. In the U.S., they doubled. In Germany they rose 20 percent, with violent attacks up 60 percent. The United Kingdom has set new records for the largest number of anti-Semitic incidents in each of the last three years.”

To anyone familiar with Europe’s past, the EU’s Court of Justice ruling invokes memories of some of its darkest moments. On April 1, 1933, for example, not long after winning the national election, Adolf Hitler promoted this slogan: “Germans defend yourselves. Do not buy from Jews!”

This new EU ruling is more sophisticated and abtruse, but does it not carry essentially the same message?

People forget this, but throughout the 1930s, anti-Semitism was morally and socially acceptable across Europe. It was part of government policy. The 1935 Nuremberg Laws and other legislation institutionalized anti-Semitism and provided the Hitler regime legal rationale for harassing and oppressing German Jews. Three years later, these laws led to Kristallnacht—“the night of broken glass”—a terrifying period of violence perpetrated by Hitler’s paramilitary forces and German citizens—specifically against Jews.

In Nazi Germany, Jews were at first issued identity cards. People then surely rationalized this as just a harmless administrative measure. By 1941, Jews over the age of 6 were required to label themselves by wearing a yellow star of David with “Jew” written on it so that people could see Jews coming 50 yards off.

Yes, I am comparing this week’s EU ruling with the behavior of Nazis in the 1930s. History shows that this is not an extreme comparison. The Holocaust didn’t begin with the adoption of the Final Solution at the Wannsee Conference in Berlin in January 1942. Hitler and the German High Command did not all of the sudden develop a hatred for Jews. Hitler’s extermination camps were the culmination of a long-running institutional policy of anti-Semitism.

The spirit of the Holocaust had been coursing through Germany since the early 1930s.

If you haven’t read it already, read “The One Minority Society Loves to Hate,” by Richard Palmer. The growing problem of anti-Semitism is one of the most overlooked issues in the world today—despite the fact that historically it has been a powerful alarm bell warning of imminent destruction on a major scale.