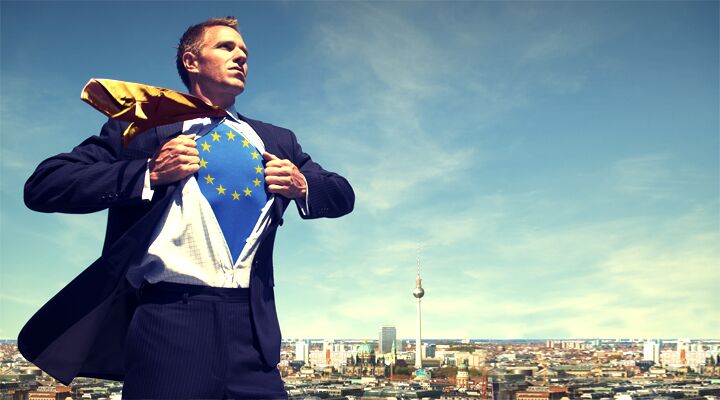 The European Union needs a radical transformation into a superstate, according to proposals laid out by the EU’s most enthusiastic members. The creation of a European army, a single European president and a European border police force were among their most striking recommendations.

Formed at Germany’s behest, the group of foreign ministers from 11 member states met throughout the year and published their conclusions September 17. Calling themselves “the Future of Europe Group,” and sometimes known as the “Berlin club” or “Berlin group,” their suggestions to create a super-president over the whole EU were the subject of the July Trumpet magazine’s cover article.

Their suggestions for strong central government match what EU officials like Herman van Rompuy and Jose Manuel Barroso have been saying in recent weeks, and what the Trumpet has been writing for years.

But the biggest changes failed to receive unanimous support, underscoring one of their key conclusions: “In a realistic view, in the long-term treaty reform in a European Union of 28 or more member states will become more and more difficult.” Instead, they suggested a way for the bulk of the EU to move ahead while other nations refused or delayed ratification of the reforms.

The report also said while the group aimed for a “European Defense Policy” that coordinated weapons development, some members wanted to eventually form a European army.

Another striking proposal that also failed to receive the full support of the group was “the creation of a double-hatted post of president of the Commission and president of the European Council.”

“Such a merger would represent a massive shift of power into the hands of a single, unelected bureaucrat,” said Lord Stoddart when the suggestion was discussed in British papers earlier this year. “The government should be taking this far more seriously and voicing its objections very strongly.”

The bulk of the report focused on unifying the union and streamlining its decision-making process. The EU needs to gain power over national budgets, and economic policy coordination must become “more binding” in key areas, the report said. This would mean more EU intervention in things like unemployment benefit and pension systems—a key bone of contention as German workers resent bailing out countries whose workers retire before they do.

Other proposals would help the European Commission make decisions more quickly and raise the status of the European Parliament. Representatives from eurozone member states could meet separately, effectively creating a separate eurozone parliament, which could lead to a eurozone government. They also want the EU to play a more prominent role on the world stage, with the EU’s equivalent of a foreign office gaining more power. A “European Border Police” should also be created, to strengthen the unions external borders, it said.

Even their least radical proposals will be unacceptable to more Euroskeptic nations like Britain. This report “will prove hugely contentious and, if implemented, will increase the pressure on Britain to quit the EU,” wrote the left-leaning Guardian newspaper.

This Future of Europe Group is made up of the foreign ministers from Austria, Belgium, Denmark, France, Italy, Germany, Luxembourg, the Netherlands, Poland, Portugal and Spain.

It is clear that there is a core of EU nations ready to push toward a superstate regardless of what other nations want. Germany is leading the charge. Watch the formation of this superstate closely.