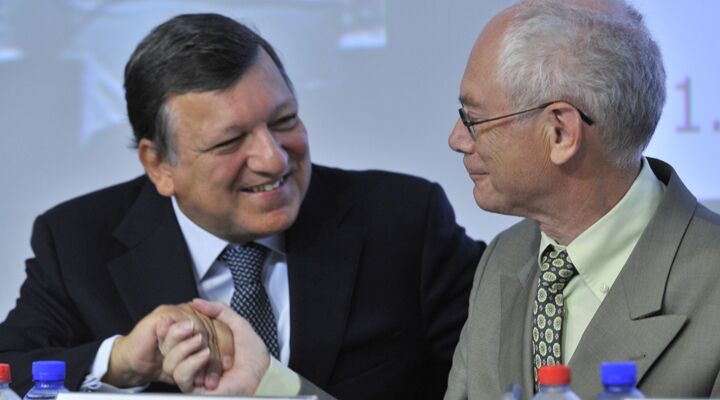 The 17-member eurozone could soon get its own parliament with power over nations’ taxation, spending and economic policy, under plans being drawn up by Europe’s four presidents, German paper Handelsblatt reported September 6.

European Council President Herman Van Rompuy, European Commission President José Manuel Barroso, European Central Bank President Mario Draghi and Eurogroup President Jean-Claude Juncker presented an initial report on their proposals for the future of the eurozone in June. They’re due to present their final proposal at a summit beginning October 18, with a final report and road map due to be adopted by EU leaders at a summit on December 13.

The new eurozone parliament would be made up of both members of the European Parliament (meps) and representatives from national parliaments.

Their other proposals include giving the European Commission the power to veto national budgets.

The radical reforms go beyond any other proposals for political union so far, and would require changes to EU treaties. Several meps have already spoken out against them.

Separately, Barroso called for the EU to take on more power in social, labor and education policy, as Europe struggles with high unemployment. “We need to aim for an integrated EU policy approach and better coordination of employment and social policy at national and EU level,” he said in a speech at the Employment Policy Conference, September 6. “Not only employment and social policy, but also education policy ….”

A eurozone parliament that included national members of parliament would face less resistance as it tried to take on these kind of powers.

The Trumpet has long predicted that a smaller subset of EU nations would come together to form a superstate. A new legislative body for the eurozone with powers that are usually key points of national sovereignty would be a major step in this direction.

These kind of proposals for political union are becoming common. The euro crisis is proving that a common currency requires a common government. It is forcing Europe to form a superstate before your eyes.