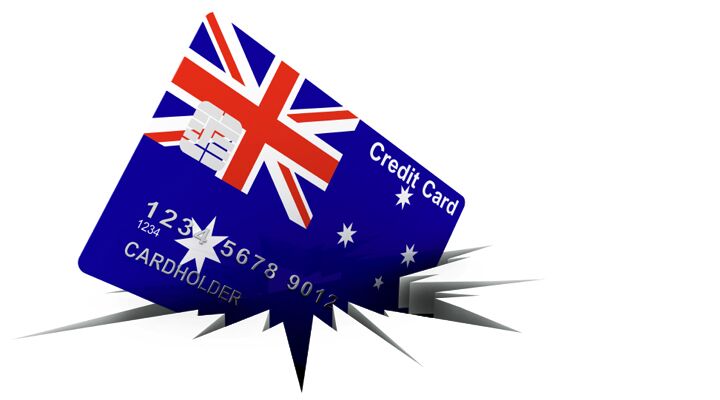 When the debt bubble bursts, a lot of people will be wishing they were better prepared.

Is Australia’s national debt dangerous? Many say Australia has nothing to worry about. Debt levels are low, and tons of people want to lend us money. Australia should take advantage of this borrowing opportunity, they say.

The reality is that Australia’s debt levels are already dangerously high—and the nation may soon be in a worse boat than Spain and Greece.

At $245 billion, Australia’s national debt may not, at first, sound high. It works out to around 15 percent of gross domestic product.

Factor in Australian state debt and the total almost doubles.

Yet even that statistic doesn’t seem to worry many Aussies. Compared to many countries, it is true that Australia’s total state and federal debt is still on the lower end—but that also doesn’t matter.

Of more importance is who the debt is owed to, and whether it is getting easier or harder for Australia to service it.

Who is Australia’s debt owed to? Not to Australians. As analyst John Mauldin recently highlighted, an astounding80 percent of Australian government debt is now owed to foreigners. I don’t know if there is another developed nation of comparable or larger size with foreign ownership totals this high. Usually it is only smaller countries that rely on foreign lenders to such a high degree. The percentage of foreign ownership is escalating too! It was only 60 percent in 2006.

What this means is Australia’s recent budget deficits have been funded almost entirely by foreigners. Relying on foreigners to finance 100 percent of budget deficits is the epitome of financial folly. Not only does it open the door to geopolitical blackmail and coercion, but it is economically risky too. Much of this type of foreign “investment” is hot money—seeking the latest get-rich-quick-type deal. It is fickle and unreliable.

When that money disappears—and hot money always does—then Australia will be forced to pay for its overspending the traditionally painful way. It will either have to do without, or print money to pay its debts. If it prints, which is the politically easiest option, the strong Aussie dollar will go the way of the dodo.

And when foreign investment reverses, it can happen quickly. Ireland’s foreign ownership got as high as 85 percent before investors fled in 2009. It didn’t take long before they needed a bailout to avert bankruptcy. Italy and Spain are now battling for their lives against foreign capital flight too. Italy’s foreign ownership was slightly above 50 percent in 2008. It is down to 40 percent today. In 2009, roughly 60 percent of Spain’s debt was foreign owned. Last year it dropped to 40 percent, and now it is down to 26 percent.

When you rely on foreigners to fund unsustainable lifestyles, you are just asking for trouble.

And now Europe is paying the price. Eurozone countries do not have the ability to print money out of thin air to pay their debts, so while the value of the euro has remained fairly strong, their economies are taking the hit in the form decreased government spending and job losses.

In Australia, the specifics of the coming debt crisis may be slightly different, but the end result—a greatly reduced national standard of living—will be similar. Unlike individual European nations, Australia has control of its own money printing presses. It is likely that the value of the Australian dollar will be sacrificed in an attempt to pay its bills and control unemployment.

Australians should remember the lessons from Spain and Ireland. Both countries had low debt burdens before the banking crisis and economic slowdown struck. But then when foreign investors stopped funding their big banks, both nations had to backstop their banking system. Overnight, this turned Spain and Ireland into some of the most heavily debt-burdened nations. This then resulted in a national crisis as tax receipts failed and foreign investors refused to fund the Spanish and Irish governments. As we all know, eventually both nations required bailouts.

But who will bail out Australia?

When Australia’s economic bubble pops, perhaps pricked by a slowdown in China and the end of its mining boom, or the deflating of its national housing bubble, Australia’s banks will be in serious trouble. Since Australia’s four big banks control 80 to 90 percent of all financial transactions within the nation, if even one were to fail, it would be a systemic risk to the country. What this means is Australia’s banks—which have become just as reliant on foreign capital as the Australian government—are too big to fail, and the government is therefore on the hook for their debts as well.

Watch as Australia’s “low” debt burden suddenly balloons to unsustainable levels. And when the bubble pops, a lot of people will wish they were better prepared.