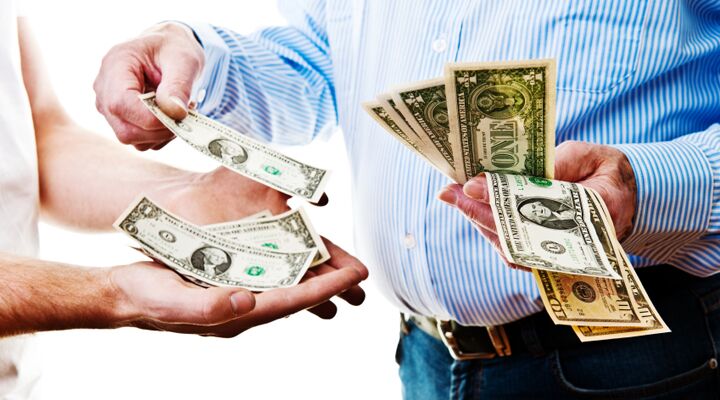 How this new spending is destroying American masculinity, families and character

He outlines a shocking increase in entitlement spending: 727 percent in the last 50 years. And that’s after adjusting for inflation and the increase in population.

“Within living memory, the federal government has become an entitlements machine,” he wrote. “As a day-to-day operation, it devotes more attention and resources to the public transfer of money, goods and services to individual citizens than to any other objective, spending more than for all other ends combined.”

In a longer version of his Journal essay, published by Templeton Press and available here, Eberstadt meticulously backs up his claims with a wealth of data that even his critics do not dispute.

The shocking facts run against the popular historical narrative. For example, Eberstadt points out that America’s defense spending places a smaller burden on America’s economy now than almost any point in the Cold War. America spends 4.8 percent of its economy on defense. In 1961, when President Dwight Eisenhower warned of a “military-industrial complex,” 9.4 percent of America’s gdp was spent on the military.

American families, specifically American men, have borne the full brunt of the resulting attack on character, argues Eberstadt. He devoted considerable attention to making this point in the full essay, but the Wall Street Journal overlooked it.

“The adverse influence of transfer payments on family values and family formation in America” is critical, he writes. Earlier studies showed “that the perverse incentives embedded in federal-family support policies were actually encouraging the proliferation of fatherless families and an epidemic of illegitimacy,” he wrote. The payments were “a vehicle for financing single motherhood and the out-of-wedlock lifestyle in America.”

Manhood was also directly attacked. “Before the age of entitlements, self-reliance and the work ethic were integral and indispensable elements of the ideal of manliness in America,” he wrote.

“Put simply the arrival of the entitlement society in America has coincided with a historically unprecedented exit from gainful work by adult men,” he continued. And once again, Eberstadt commands a battery of statistics. Most surprisingly, more able-bodied American men shirk work than in almost all of Europe, despite the Continent’s infamy for entitlement spending.

Eberstadt’s numbers also show that America is tolerating widespread cheating. In 1960, 455,000 people received government payments for disability. In 2011, it’s 8.6 million. Nearly half of all these payments go to people suffering “mood disorders” or sicknesses affecting “musculoskeletal system and the connective tissue,” like back pain. These two are almost impossible for doctors to diagnose.

The entitlement system draws millions of people into a lifestyle of lying and cheating. And Eberstadt doesn’t just blame the claimants of the disability pay. The doctors and health care workers that allow this are “collaborators,” as is the U.S. judicial system. American voters and politicians are “willing and often knowing enablers.”

Finally, Eberstadt shows that the system drafts society into the robbery of “a pool of citizens who can offer no resistance to such schemes: the unborn descendants of today’s entitlement-seeking population.”

Far from being “pay as you go” systems, entitlements like Social Security and Medicare are in fact massively underfunded. Eberstadt blames “the impulse to take benefits here and now, and leave it to other people later on to figure out how to pay for it all.”

This is the sort of “taking” mentality that this entitlement system has fostered.

Man’s whole system is fundamentally flawed. To read more about this, and the contrast with what a God-inspired system would look like, read our article “The United Welfare States of America”