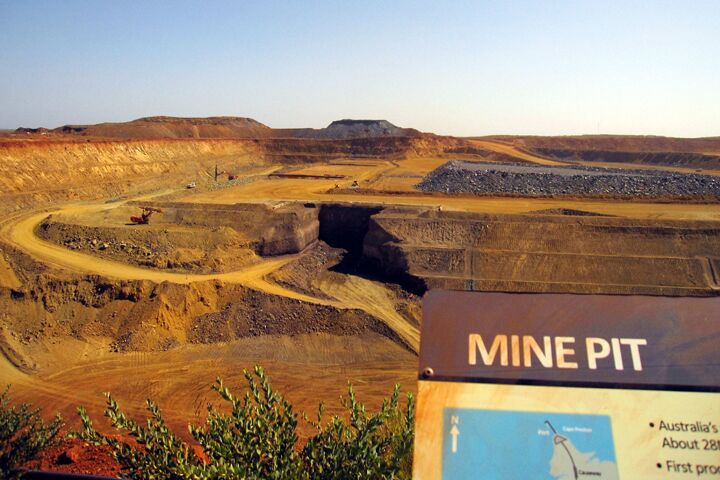 China’s economy is tumbling. Will it bury Australia?

Australia is no Spain. That’s what Australia’s Deputy Prime Minister and Treasurer Wayne Swan said in July, replying to comments made by Andy Xie, a Singapore-based economist who said Australia is in danger of becoming Spain or Ireland.

It might come to a shock to people living in Australia that outside analysts are comparing the nation to countries in deep financial turmoil. As Wayne Swan said, “What planet does [Xie] live on?”

But Australians need to wake up to the fact that much of their prosperity could be very fleeting.

According to Andy Xie, Australia’s Achilles’ heel is its heavy reliance on China. China is now Australia’s largest trading partner, eclipsing both Japan and the United States.

This has been a fantastic opportunity for Australia. Over the past decade, prices of Australia’s exports have skyrocketed. Iron ore has jumped from $12 per ton to over $180 per ton in 2010. Thermal coal went from $40 per ton to around $140 last year. Gold went from around $250 per ounce to almost $1,900 last year. Copper, wheat, aluminum—you name it—it has all exploded in price.

Consequently, tens of billions of dollars are dumped into Australia per year. It has given the opportunity to many Australians—even those with just high school educations—to earn six-figure salaries.

Yet the relationship with China has not been all good. Despite the money bomb that has been dropped on Australia due to high commodity prices, Australia continues to see its manufacturing sector erode. Australia’s persistent trade deficit is case in point. Despite the massive amount of income it receives selling ore to China, it spends even more money importing Chinese finished goods. July was the fifth month in a row it spent more than it earned. This is a trend with ominous implications.

Australia has a “classic case of the Dutch Disease,” writes economic analyst Jonathan Tepper. While Australia’s natural resources are increasingly exploited, its manufacturing capability is withering.

During Europe’s colonial days, the advanced economies bought the raw resources from the colonies, turned them into finished products and then sold them back to the colonies for a profit. The result was a win for both, but a greater win for the advanced economy, which grew its manufacturing expertise and earned the greater share of the wealth. The colony tended to stay manufacturing underdeveloped and generally dependent on the colonial power.

In July, one of the contributing factors to Australia’s trade deficit was its growing reliance on imports of heavy machinery—the very machinery created from, and needed to extract, its own resources. In this case, China is acting more like the advanced economy (creating the high-tech, value-added products Australia needs), while Australia more like the African colony (exporting the raw, unprocessed ores). The fertilizer industry is another startling example. Australia has vast amounts of natural gas, which is used to create fertilizer. Instead of producing it at home and exporting a value-added product to the world, Australia ships liquefied natural gas to other countries, and then imports the fertilizer.

But now Australia’s boom times may be nearing their end.

As I wrote last week, China’s command economy is drastically slowing and may soon face its biggest test yet. The Telegraph’s Ambrose Evans-Pritchard writes that reports from China give cause for worry, and that during the summer China’s export growth fizzled. The New York Times reports that unsold goods are piling up all across China. Factories are stuffed to the gills with unsold inventory. Exports are crawling to a halt. Automobile factories are running at 65 percent capacity and still stuck with a glut.

China’s export machine is not the only one failing either. Japan, Australia’s second most important trade partner, is in serious trouble too. In July, Japan’s exports fell 8.1 percent on an annual basis.

And now commodity prices appear to be tumbling. The price of Australian iron ore has plummeted by 50 percent since its highs in 2011. Australian thermal coal is down by 35 percent, and slumping. The list goes on.

With the world’s largest economies in contraction, global trade is collapsing.

On August 22, bhp Bilton, the Australian-owned mining giant, announced that it had halted construction on its massive $20 billion Olympic Dam mine in the state of South Australia. It was to be the largest copper and uranium mine in the world. bhp noted a 35 percent slide in profits. The company is already warning about layoffs.

“As global commodity prices come down, mining will decline and the property bubble will burst, warns Andy Xie.

If the housing bubble busts, Australia’s banking system will be decimated just badly as America’s was in 2008 and Spain’s or Ireland’s was shortly thereafter.

Australians beware: The good times are almost over. The signs are there if you only look. China is slowing. Japan is slowing. Commodity prices are plummeting. Manufacturing is struggling. National house prices are now falling. Qantas is scrapping its contract to buy 35 Dreamliners. The banking sector is hugely leveraged to the most expensive property market in the world. Eighty percent of Australia’s national debt is owned by foreigners.

And a deputy prime minister is denying comparisons with Spain and Ireland.