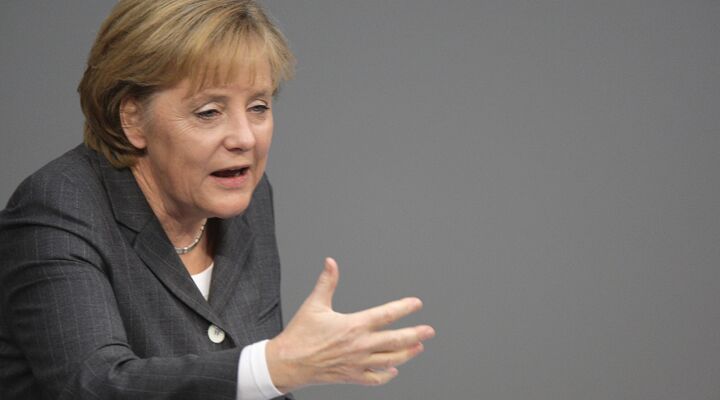 Chancellor Merkel wants EU leaders to hold a convention to forge a new treaty that binds Europe yet closer together.

Merkel would like the treaty to change the EU into a political union, with the power to intervene in the taxation and spending policies of individual nations. For example, Germany wants the European Court of Justice to be able to punish nations who borrow too much money.

The German desire for a new treaty is not new, but other EU nations have consistently rejected it. Even the majority of the so-called “Berlin Group,” the 10 foreign ministers who meet to plan closer integration, don’t want it.

But Germany does, so it will probably happen.

Chancellor Merkel’s unwavering view is that if other nations are going to share Germany credit, then they must share responsibility. Almost all proposed solutions to the eurozone crisis involve Germany becoming responsible for paying back the debts of other nations, if those nations get into financial difficulty. That is a big commitment. Merkel won’t accept that commitment without a set of rules that gives Germany the power to intervene in a nation’s taxation and spending to prevent it abusing the German credit card.

Of course this isn’t popular outside Germany. But it is the price Germany demands for fixing the euro crisis.

Some nations may decide they’d rather quit the euro than submit. Spiegel says that Poland believes it’s not possible to get all 27 EU nations to agree to Germany’s new treaty.

It’s right. Britain, for example, refused to go along with the latest push toward integration last December. There’s no way it will agree to this.

But it doesn’t seem politically possible for Germany to save Europe without this kind of treaty. Germany’s people and parliament won’t allow it. Instead, watch for this treaty to move forward with a smaller group of nations that will agree to Germany’s conditions.

The Trumpet has long forecast that the EU would lead to the creation of a smaller group of tightly knit countries—a 10-nation superstate.

A small group of states with a common or closely coordinated taxation and spending policy is also the only solution to the eurozone crisis. Europe is being pushed along the path that the Trumpet forecast years ago.