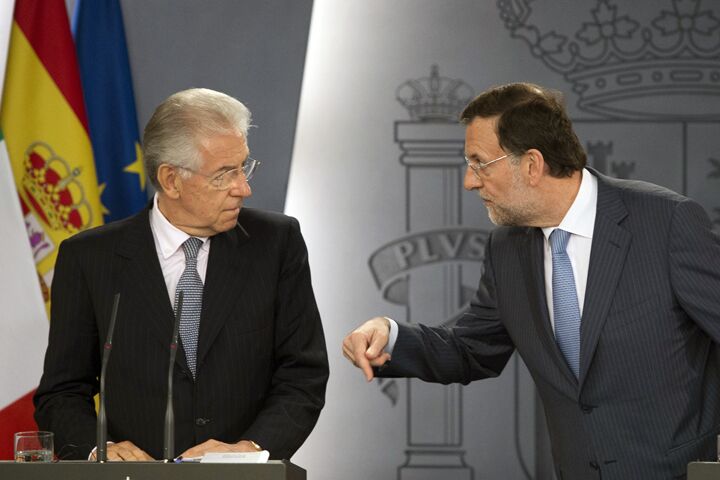 The Fourth Reich has taken over Europe, according to Il Giornale, a right-wing Italian newspaper. In a headlining story last Friday, Alessandro Sallusti, the editor in chief for the paper, asserted that Italy is “no longer in Europe. It is in the Fourth Reich.”

These bold comments come in the wake of recent non-productive talks between Italy, Spain and the European Central Bank (ecb) over fiscal aid for the two struggling members of the eurozone. ecb President Mario Draghi has put pressure on Italy and Spain to formally apply for aid from the bank before any steps are taken to provide assistance. If either nation were to make a formal request, strict conditions would be enforced by the ecb in exchange for buying its bonds—strict conditions that would essentially put either nation at the mercy of the German-influenced ecb.

Italian Prime Minister Mario Monti has openly criticized the bank, stating in an interview with Der Spiegel, “… I told Chancellor Merkel of increasing resentment here in parliament—against the EU, against the euro, against the Germans and sometimes against the chancellor herself. That, though, is a problem that goes beyond just Germany and Italy. The tensions that have accompanied the eurozone in recent years are showing signs of a psychological dissolution of Europe.”

Il Giornale also dished out criticism for Monti for not standing up to Germany more in the midst of the euro crisis, vividly comparing him to Neville Chamberlain, the British prime minister infamous for hastily declaring “peace for our time” after signing the Munich Agreement and the Anglo-German Declaration with Adolf Hitler.

Germany is not making many friends at the moment, but frankly, it doesn’t need to. The euro is crumbling, Italy is in trouble, and there is only one place Europe can turn to. If Germany chooses to bail out indebted Europe, expect Germany to exact its full pound of flesh in return—and that means economic, if not more political, control. Although a crumbling Europe is a negative for Germany’s economy, Germany is taking full advantage of the crisis to consolidate its control over the Continent.