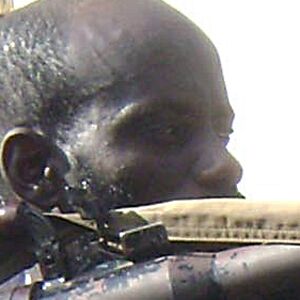 The growing tension between the Ethiopian government and Muslims could very easily, and quickly, explode.

At the time, many readers rejected this warning as absurd. This is a “most bizarre article,” retorted one Trumpet reader from Ethiopia. My country is “one of the oldest and [most] devout Orthodox Christian nations on the planet (since third century) and a staunch ally of the United States. On behalf of U.S., Ethiopia invaded Somalia in late 2006 and kicked out ruling Islamic Courts Union …. [That] doesn’t sound like a nation doing Iran’s bidding.”

He’s right too, at least in his facts.

On May 5, 2011, when Mr. Flurry published “An Islamic Takeover of Libya and Ethiopia,” he again inspired disbelief. “I don’t think this is a sensible prophecy,” wrote one reader from Ethiopia, “especially when it comes to the situation of Ethiopia. … Please, try to study what exactly the situation is in Ethiopia. The country is dominated by Christians for centuries, and this is highly unlikely to change.” He’s right too, factually.

There’s a larger lesson here, which we’ll get back to later. But for now, let’s follow this reader’s advice and study the situation in Ethiopia at the start of August 2012, more than 18 months after Mr. Flurry first delivered his “absurd” forecast.

Last week, the Washington Times published an article headlined “Muslim Protests Raise Fears of Radical Islam in Ethiopia.” According to the Times, “Clashes between Islamic protesters and riot police over the weekend in Ethiopia have raised fears that Muslims are becoming increasingly radical in a predominantly Christian country that has been a key U.S. ally in combating terrorism in the Horn of Africa.”

Two days later, a headline in the Christian Science Monitor asked, “Will Ethiopian Crackdown Stir Islamist Backlash?” The Monitor warned that the “the act of civil disobedience from Muslims, who constitute at least one third of the population, is a rare sign of instability in a country seen by U.S. policymakers as a bulwark against radical Islam in the volatile Horn of Africa region.”

In recent months, there has been a measurable increase in tension, instability and violence in Ethiopia between the government and elements of the Muslim population. On July 13, violence broke out between the two in the nation’s capital after Muslims at the Awalia Mosque compound refused to heed warnings to refrain from conducting a “charity” event while African heads of state were in town for an African Union summit. When government forces stepped in to forcefully disband the Muslim event, violence broke out, resulting in the arrest of 74 Muslims.

Meanwhile, in April, four Muslims were killed during a melee surrounding the arrest of an Islamic cleric accused of preaching radical Islam in the town of Asasa. In May, the Ethiopian government deported two Arabs of unknown origin after they were picked up for inciting violence outside of Addis Ababa’s largest mosque.

The uptick in crackdowns on Muslims is a sign of the government’s concern that radical Islamist elements are gaining momentum in Ethiopia. According to Shiferaw Teklemariam, Ethiopia’s minister for federal affairs, the purpose of the July 13 gathering outside the mosque in Addis Abab was to hatch plans for an Islamic uprising. The meeting was “deliberately provocative,” he stated. “This group actually deals day and night to create an Islamic state.”

The problem with the increasing government crackdowns, some experts claim, is that they may stoke the frustration and rage of Ethiopia’s large Muslim population. Hassan Hussein, an Ethiopian human rights activist, worries that the government crackdown could even result in a widespread backlash along the lines of what happened in Egypt and Libya. He warns that the Muslim “protesters know that they have the support of the majority of the population so long as their demand is for civil liberties and democratic freedoms. Other sectors could press similar demands, and it might escalate into calls for regime change as has happened in the Arab Spring.“

If anti-government protests take root, it’s possible Ethiopia’s radical Islamist elements could—much like the Muslim Brotherhood did during Egypt’s revolution—exploit the social unrest to establish greater influence, both on the street and then within whatever political regime emerged in Addis Ababa. Of course, it’s early, and the Muslim rebellion isn’t necessarily large or widespread, but the seeds have been sown.

Given the right conditions, the tension could blossom quickly into something larger and more dangerous—especially if Ethiopia is thrust into a leadership crisis, which is imminent. There is a great deal of mystery surrounding the health of Prime Minister Meles Zenawi. The consensus seems to be that Mr. Zenawi has brain cancer, although some say he’s already dead. Whatever the case, Mr. Zenawi is extremely unwell and has been noticeably absent from public affairs in recent weeks.

Moreover, it’s become increasingly obvious that replacing Mr. Zenawi, the anchor of Ethiopian politics, is not going to be quick, simple or clean. As Alemayehu G. Mariam wrote this week, Ethiopia’s constitution is vague and inconclusive regarding rules of succession. It is clear that “Ethiopia is now facing not only a leadership and power vacuum but also a monumental constitutional crisis in the absence of a constitutional plan or procedure for succession,” explained Mariam.

A nation without a leader and no clear strategy for succession “is an invitation to political chaos, conflict and instability” (ibid).

The Ethiopian government is increasingly determined to confront radical Islamists, both internally and within its immediate sphere of influence (Somalia and Eritrea). More and more people within Ethiopia’s Muslim community are becoming frustrated, angry and politically energized. Resentment is welling, protests are increasing, anti-government violence is already occurring. Meanwhile, regional Islamist groups, some aligned with radicals in Saudi Arabia, others with Iran, continue to strengthen their presence in the nation.

Then, on top of all this, Ethiopia’s prime minister is about to die, which will thrust the nation into political and social tumult.

Talk about a powder keg!

And we haven’t even considered regional politics.

Take Iran. Tehran is in serious jeopardy of losing the Assad regime in Syria as its key regional ally. Its proxies in southern Lebanon (Hezbollah) and Gaza (Hamas) are beginning to distance themselves. Meanwhile, a regional coalition against Assad—and therefore against Iranian interests—is developing behind regional heavyweights Saudi Arabia and Turkey. Worse still (for Iran), this coalition is gaining the support of Germany and Europe. As these trends continue, Iran will find itself in deep trouble strategically.

This makes Iran extremely dangerous right now. And we can be sure Iran’s mullahs are brainstorming ways to restore the nation’s strategic position vis-à-vis the growing German-Saudi coalition! What will it do?

One way to anticipate how Iran might react to these circumstances is to study a map of the Middle East. Iran still has radical Islamist friends with a formidable foothold in Yemen and Somalia. Meanwhile, radical Islam is emerging as the controlling influence in Egypt. Strategically, each of these states sits adjacent to one of the most important assets in the entire world: the Red Sea!

If Iran can establish control of the Red Sea—one of the most important energy and trade routes in the world—it will have Saudi Arabia surrounded, and Europe and the West at its mercy!

Expect Iran to reestablish its strategic position by improving ties with Egypt, and to a lesser extent, Somalia and Yemen.

Meanwhile, pay attention to the two countries between Egypt and Somalia: Ethiopia and Eritrea! Tehran will not resist the opportunity to exploit to its advantage the growing social and political uncertainty—as well as the Islamist dissatisfaction and potential uprising—in these nations!

Go back and read “Libya and Ethiopia Reveal Iran’s Military Strategy,” Mr. Flurry’s April 2011 article on this subject. It’s an incredible article: Besides warning that Libya and Ethiopia would come under the influence of Iran and radical Islam, he explained explicitly how radical Islam would seek to gain control over the Red Sea. It’s true this forecast wasn’t thoroughly underpinned by facts on the ground when it was written. Ethiopia is predominantly Christian, and at the time, the nation was stable and there was no evidence that radical Islam was a major threat.

But that’s what makes it so inspiring: Mr. Flurry delivered this forecast without reams of physical evidence! How?

Because he had the ultimate fact, the supreme truth, the only evidence that really matters. He had, and humbly believedand boldly repeated for the world to hear, what the Apostle Peter termed “the more sure word of prophecy.” And now the facts on the ground are beginning to align with the Bible’s forecast!