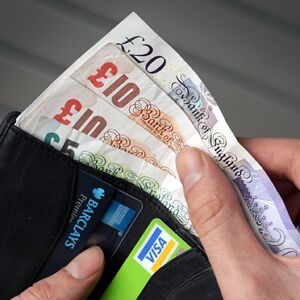 Could a lie destroy the Western world’s financial system?

The libor (London Interbank Offered Rate) is the benchmark interest rate for a whopping $800 trillion of financial instruments—that’s more than 10 times global gross domestic product. It is at the heart and core of virtually every piece of debt that is issued to consumers around the world. Credit cards, car loans, mortgages, student loans, interest rate swaps and other complex derivative products all depend on the libor rate.

And apparently libor is rigged.

The Anglo-Saxon financial system is in turmoil.

If regulators allow lawsuits to proceed, and if banks are proven in court to have manipulated libor rates, the financial consequences will be massive. More critical, however, is the damage to confidence in the English-speaking world’s financial system—-that broken trust may very well be irreparable.

It could even be the end of Anglo-Saxon global financial dominance.

The good news, if you can call it that, is that so far only British bank Barclays has admitted to fixing interest rates. As punishment, authorities fined it $455 million—peanuts for an organization whose yearly profits often run into the multiple billions. Not a person went to jail. It is about the equivalent of fining Bonnie and Clyde or John Dillinger $100 and turning them loose again.

But America and Britain’s other big banks have now been fingered. JP Morgan Chase, Citi Group, Bank of America and others have admitted they are under investigation. If guilty, they may have defrauded investors, states, municipalities, pension plans—even everyday homeowners with a mortgage—tens of billions of dollars. Maybe a lot more.

According to allegations, the banks colluded to set interest rates and then passed the information on to their trading units, which then were able to speculate with impunity—at the expense of virtually the whole world.

A couple of years ago there was a lot of media mystification about how big banks like Goldman Sachs were able to go a whole quarter without a single day of trading losses. Now we know. It isn’t that they are smarter than everyone else, it is because they cheat.

But the scandal goes beyond cheating. Barclays has indicated that both the Bank of England and the Federal Reserve of New York (then under current U.S. Treasury Secretary Timothy Geithner) were aware of the manipulation at least as far back as 2007—but chose to do nothing. The Bank of England stands accused of actually encouraging Barclays to manipulate the interest rate so as to let it appear financially stronger than it actually was during the 2008 financial crisis.

But most shocking of all is the lack of shock.

The consensus of some analysts is that, yes, the banks were cheating—but they are banks! Isn’t that what they do?

One Barclays manager excused the bank’s actions this way: “So, to the extent that, um, the libors have been understated, are we guilty of being part of the pack? You could say we are.”

It’s as if people checked their moral coats at the door when they came into work. “Dude! I owe you big time!” wrote one happy Barclays staffer in an e-mail after colluding to manipulate the interest rate. “Come over one day after work and I’m opening a bottle of Bollinger,” said another in a separate e-mail.

The regulators were in on it too.

Bank of England’s Mervyn King knew about it in 2007. Nothing was done. The Federal Reserve has admitted it knew about Barclays too. In 2008, President Timothy Geithner fired off a quick memo to the Bank of England suggesting needed libor reforms, one of which was giving more U.S. banks a say in setting rates. That appears to have been the extent of Geithner’s effort to stop the fraud.

So the state-sanctioned pillaging continued.

It’s the crime of the century, says the Nation’s Robert Scheer: “Modern international bankers form a class of thieves the likes of which the world has never before seen. Or, indeed, imagined ….

“It reveals that behind the world’s financial edifice lies a reeking cesspool of unprecedented corruption. The modern-day robber barons pillage with a destructive abandon, totally unfettered by law or conscience and on a scale that is almost impossible to comprehend.”

“I don’t believe that there is a money pro on either the buy or sell side over the past 30 years who didn’t understand that the Libor Fixing was ‘fixed,’” writes retired FX trader Bruce Krasting. “If they claim to be ‘shocked’ today, they are either lying or stupid. The same goes for every central banker and treasury official.”

The whole system—from head to toe—is sick. There is no soundness to it.

He says that beyond libor, other indexes and markets need to be investigated too. “I can’t be confident about anything after learning about this cesspit,” he said.

Mr. Tucker should know all about that cesspit. Barclays officials accuse him of not only condoning the libor manipulations, but have produced e-mails that they claim show he actually encouraged it during the height of the financial crisis in 2008.

If all the allegations prove true, this is the biggest financial scandal the world has ever seen, by far. Bernie Madoff is a piker. The mortgage mess, the robo-signing/rocket-docket perpetrators, Enron, WorldCom and the Long Term Capital Management frauds are nothing compared to libor.

Imagine if you were told that the Dow Jones Industrial average was rigged. Or that the U.S. dollar index never really measured the dollar’s value. That’s how big a deal this is.

And the sordid revelations keep coming.

Everyone knows that the crude oil market is subject to manipulation. The opec cartel exists for that reason. Similarly, everyone knows the Federal Reserve, the Bank of England, the Bank of China and other central banks manipulate the values of their currencies to achieve policy goals.

But now investigators are finding that even the most widely relied-upon and important indices—ones that the public has been led to believe to be free—are actually fixed too. Markets for natural gas, various metals, foodstuffs and other commodities may be just as fraudulently manipulated by financial institutions and their traders as libor.

On July 2, the U.S. Federal Energy Regulatory Commission sued JP Morgan over possible manipulation of electricity markets in California and the Midwest. The allegations could hardly come at a worse time.

Now confidence in the whole system is being broken.

“libor is probably the single-most supposedly market-based price of credit in the world,” he says. “And now we see it may have been rigged and rigged for a long period of time. It’s destructive of confidence to the ‘nth’ degree and calls into question huge elements of finance.

“If you can’t trust the regulatory authorities, who are supposed to be protecting investors, institutions and participants, then who can you trust?”

That’s a hugely important question that investors and governments around the world are sure to be asking: Can the Anglo-Saxon financial system be trusted?

The implications will affect us all.

The U.S. dollar is a fiat currency. Like all fiat currencies, its value is not linked to any tangible asset. The only thing backing the value of the dollar is the confidence that it will be able to purchase a similar amount of goods tomorrow as it does today. But here is the catch. There is no standard that determines what a dollar is worth—it’s all relative. The dollar’s value could collapse overnight.

And most importantly, the value of the dollar is predicated on confidence that the economic system as a whole is largely trustworthy.

It is that confidence—confidence in America and Britain—that is now being questioned.

The libor scandal should better be called the liebor scandal. And it may very well be the lie that breaks America and Britain.