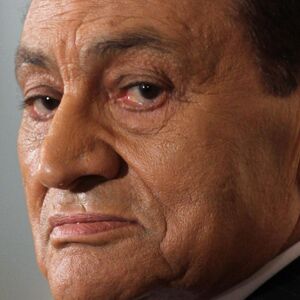 Are children running the White House?

Apparently, President Obama has a compatriot at heart in Egypt’s new president Mohammad Morsi. Don’t like what the nation’s judges rule? Just issue an executive order and ignore the constitution. On Sunday, Morsi ordered Egypt’s Islamist-dominated parliament back in session—boldly defying the nation’s Supreme Court and the military leaders who enforced the order.

A few days later, Morsi was elected president. And now, one of his first moves is to annul the court’s decree and order lawmakers (most of whom are members of his party, or other ultra-conservative Islamists) back to work.

Can he legally do that? Probably not. But who can stop him?

Morsi’s move was a direct challenge to the former military rulers. It shows his strength. But more importantly, it shows the direction Morsi wants to take Egypt—away from the more secular constitution and into a fundamentalist Islamic future.

Morsi has little reason to fear. The moment America decided to embrace the “Arab Spring” and push former Egyptian President Hosni Mubarak from power, it was consigned to dealing with Morsi and the Muslim Brotherhood.

But it is actually worse than that. America is embracing Morsi.

In defending President Obama’s decision to invite Morsi to the White House, National Security Council spokesman Tommy Vietor said, “We believe that it is in the interest of the United States to engage with all parties that are committed to democratic principles, especially nonviolence.”

Sounds good, but it is a terrible lie.

If America was truly interested in supporting parties that are committed to nonviolence and the way to peace, it never would have worked to overthrow Hosni Mubarak in the first place.

Egypt’s Anwar Sadat and Hosni Mubarak administrations have done more than any other Muslim regimes to work toward real peace. Neither were perfect men, but they both risked their lives for their beliefs—and actions—that actually brought peace to a region. In fact, Anwar Sadat was assassinated by terrorists with links to Morsi’s Muslim Brotherhood (and Iran) for making peace with Israel. Isn’t peacemaking the ultimate nonviolence? After Sadat’s death, Mubarak upheld the peace treaty that was the foundation for the last 30-plus years of peace.

But Egypt’s new President Mohammed Morsi embodies the total opposite of what Anwar Sadat and Hosni Mubarak stood for. And if people understood history, that would scare them.

He wants America to release a terrorist!

Better known as the “blind sheik,” Sheikh Abdel-Rahman is also the leader of the Egyptian terrorist group Al Gama’a al Islamiyya, accused of working with the Brotherhood in the assassination of Egyptian President Anwar Sadat. He managed to escape Egypt unscathed after the assassination and move to Afghanistan, where he joined forces with Osama bin Laden.

Morsi is also a 9/11 “Truther” who doesn’t believe terrorists blew up the World Trade Towers, but that it was some sort of U.S. government conspiracy.

This is America’s new ally. This is the man whom America helped put in power.

What’s more, on June 14, the same day Egypt’s Supreme Court was ruling on the unlawful parliamentary election, Mohammed Morsi’s supreme spiritual guide, Mohamad Badie, was preaching that jihad against Israel was a religious obligation. Since Israel is supposedly America’s ally, one would think that President Obama might have been concerned—especially since Badie is Morsi’s supreme religious guide. Badie said Muslims are required to engage in “jihad of self and money” toward the goal of “freeing [Jerusalem] from the filth of the Zionists and imposing Muslim rule throughout beloved Palestine.”

Mohamed Morsi has lots of friends who believe this way. During the lead-up to his election, radical cleric Safwat Hegazy said at one of Morsi’s campaign rallies that “the dream of the Islamic caliphate [will] come true at the hands of Mohammed Morsi,” and “the capital of the caliphate and the United Arab States is Jerusalem.” According to Front Page Magazine, Morsi nodded his head, in agreement. At the same rally, a speaker sang a song encouraging Muslims to “brandish your weapons, say your prayers. … [B]anish the sleep from the eyes of all Jews.” The song continued: “Come on, you lovers of martyrdom, you are all Hamas. Indeed, all the lovers of martyrdom are Hamas.”

Most recently, Iran’s state-controlled Fars news agency published an interview with Mohammed Morsi in which he reportedly said he would “reconsider the Camp David Accord” with Israel and that he wants closer relations with Iran. Reportedly, he also said that closer relations with Iran will create a “balance” of power in the region, “and this is part of my program.” Following international outrage, a spokesman for Morsi denied that he gave the Fars interview.

America’s actions in Egypt are utterly shameful. You don’t force out a long-time ally, a man who helped America fight the war on terror, and who was known for keeping the peace in the middle of the most volatile region in the world—and replace him with a radical Islamist bent on instituting sharia law and reestablishing an Islamic caliphate in Jerusalem, and hence sparking off World War iii—unless you have absolutely no understanding of the consequences of your actions.

America obviously didn’t learn anything from forcing the shah of Iran from power. For that piece of work, America got the bomb-seeking ayatollahs, Hezbollah, Mahmoud Amedinijad, and the world’s number one state sponsor of terrorism.

Now Egypt is well on its way to becoming another Iran—courtesy of irresponsible American foreign policy.

Meanwhile, in Syria, where toppling an enemy may make sense, America is showing restraint.

Betraying our friends, enabling our enemies: It is as if children are running the White House.