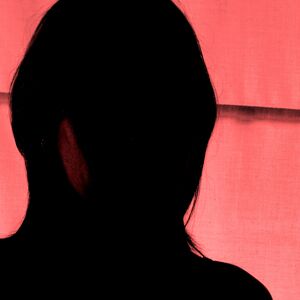 Pale horse riding: the rise of the sexually transmitted superbugs

Since the late 1990s, a small group of scientists have been warning about the rise of a sexually transmitted superbug. They were ignored. Now it is here in America, and the only way to stop it is politically untouchable.

Last Wednesday, the World Health Organization (who) warned that mankind’s last medical defense against gonorrhea has been essentially breached.

The agency warned that human beings are down to our last antibiotic treatment for the disease. But its effectiveness is declining.

“There could soon be no effective treatment for patients,” Dr. Manjula Lusti-Narasimhan, of the who’s Department of Reproductive Health and Research, said in a press release. “[T]here are no new therapeutic drugs in development. … In a couple of years it will have become resistant to every treatment option we have available now.”

The world may have only a few years left before gonorrhea is no longer treatable. This is crushing news for many of the 700,000 people in the United States alone who become infected with the disease each year. Globally, around 106 million people per year become carriers—helping to spread it to others.

In America, about 1.4 percent of those infected have this resistant form of gonorrhea. That may not seem high, but it has still reached critical mass. The number of detected cases has increased 17-fold in just the past five years—and the infection rate may be accelerating.

As high as the rate of occurrence is, two things make this superbug even more dangerous. Not only are doctors unable to detect this new, more dangerous form of gonorrhea using traditional testing methods, but current medical practice appears to be accidentally helping spread the disease. Scientific American’s Maryn McKenna explains:

Efforts to control stds may have inadvertently accelerated the spread of resistance. For years standard practice has been to quickly identify an infection, dole out the appropriate treatment and then move on to the next patient. If symptoms return, the assumption has been that the patient was reinfected. Experts now say that such patients may in fact have harbored resistant bacteria that were never killed in the first place—bacteria that the patients possibly spread to others.Physicians would not have recognized that they were dealing with increasingly resistant bacteria, because the rapid tests most commonly used to diagnose sexual infections cannot identify resistant organisms.

So much for sexually transmitted infections, which is what doctors assured us gonorrhea was. Don’t worry, it’s just an infection. Live however you want, and if you catch it, there’s no need to change your lifestyle. Just come on in and pop a few pills, then you can keep on sleeping around. You won’t spread this infection. Untold millions of Americans—millions of teenagers, millions of university students—were told—are still told—this garbage. And the disease keeps spreading.

As it turns out, the medical community didn’t know what it was talking about. It has created a superbug that not only can be painful, but causes infertility, genital sores, bleeding, increased hiv risk, cervix and rectum infections, miscarriages, and eye infections leading to blindness in half of newborns whose mothers have the std. And now it can withstand the only form of treatment doctors have.

Remember: 700,000 Americans a year get infected with various forms of the disease. But the milder forms are being replaced by the resistant forms.

During the 1960s, if a patient contracted gonorrhea, standard procedure was to give him penicillin. If the symptoms went away, but then later came back, it was assumed that the person had picked up another infection from someone else. So more penicillin would be prescribed.

It was a bad assumption. Soon doctors noticed that it was taking ever greater doses of penicillin to stop the symptoms.

What was happening was that in many cases, the penicillin was not fully killing off the gonorrhea. It would kill off most of the infection, so the symptoms would go away, but leave behind the very few bacteria that were resistant to penicillin. These resistant bacteria would then reproduce until the patient eventually got sick again. But this was a relapse, not a new infection. The infections were never being completely wiped out. The surviving bacteria remained and got stronger. And multiplied.

By the 1970s gonorrhea was no longer reacting to penicillin at all. Instead of learning the lesson, the medical community just switched to stronger drugs: tetracyclines. Soon the tetracyclines lost their effectiveness. Doctors switched to flouroquinolones. Then the flouroquinolones began to fail. By 2000, the only class of drugs that still killed gonorrhea was cephalosporins.

And now, according to the medical community, this last line of defense against gonorrhea has become ineffective against the new strain.

In 1999, Japan reported two men with infections that would not respond to treatment. Over the next few years, cases started popping up all over the world. A man in Hawaii came down with the disease. He reported that he had had intercourse with two women in Japan. They found one woman. She had it. The other could not be found. Sweden reported its first cases in 2002. In 2005, it was detected in England. A man in Norway slept with a couple of women in the Philippines and Spain, then brought it home with him. Once introduced into local populations, the new strain spreads as fast as people have sex.

If you are thinking you can just use some sort of contraception to protect against this disease, think again. It can still spread—then WAM! Scabies, warts, molluscum contagiosum, herpes, pubic lice, gonorrhea.

When you are committing fornication, there is just no such thing as safe sex.

If “treatable” gonorrhea is still infecting 700,000 Americans per year, how can a gonorrhea superbug be stopped?

The World Health Organization is certainly worried. Its 2012 Global Action Report states, “The emergence and spread of drug-resistant pathogens has accelerated. The trends are clear and ominous. … The loss of effective and readily available treatment options will lead to significant increases in morbidity and mortality, as the future could resemble the pre-antibiotic era when there was a risk of death from common infections such as a streptococcal throat infection or from a child’s scratched knee.”

Death from a scratch on the knee? From the common cold? That is what health experts are afraid of. That is how serious this is.

As great a danger as the world is facing from such super-diseases, you would think that the medical community would finally consider and promote real prevention.

The who’s 31-page report, an urgent attempt to “control the spread and minimize the impact” of gonorrhea, did not once recommend that people should have sex only inside of marriage. Not one mention of the word “abstinence.” Just a couple vague token sentences about the need to promote “safer sex.” Instead, those pages were filled with details on treating the symptoms: how to properly use antibiotics, how pharmaceutical companies need to develop new drugs.

But does the idea of “safer sex” even make sense? If you take at least two bullets out of a revolver, is it “safer” to play Russian roulette?

The who’s determination to bring attention to the gonorrhea superbug is commendable, but it is not even going to begin to solve the problem. That is because it refuses to address the cause of the crisis.

The way to stop the spread of gonorrhea—and syphilis, and chlamydia, and genital warts and hpvpiv, and a lot of the hiv and all the other sexually transmitted diseases that infect around 400 million new people per year—is to simply stop having sex outside of marriage.

Obey God’s law, and the diseases go away. That’s not religion—it’s science. But no one wants to hear that. Obey God’s law to take care of a modern problem? How archaic.

So expect the diseases to keep on getting worse. The “free love” of the ’60s and the “new morality” cultural revolution that has taken promiscuity mainstream is turning once-rare diseases into unkillable epidemics-in-waiting.

Unfortunately, gonorrhea is not the only new superbug. Both E. coli, a bacteria commonly linked to food-borne illnesses, and tuberculosis have become drug resistant. E. coli can be transmitted by a handshake; tuberculosis by a cough. One hundred and fifty thousand people per year now die from tuberculosis, a disease doctors once thought modern medicine had wiped out. There are now even reports that staphylococcus is becoming drug resistant too. The number of superbugs is growing.

This is exactly what the Bible warns will happen. The first three horsemen of the apocalypse symbolize religious deception, war and famine. The fourth horseman, the pale horse, represents pestilence and disease. These riders, as described in Revelation 6, represent the end-time culmination of the most traumatic problems endured by mankind.

The pale horse is riding. You can hear its hooves pounding. Read the booklet The Four Horsemen of the Apocalypse for information on what the Bible predicts about the coming plagues.