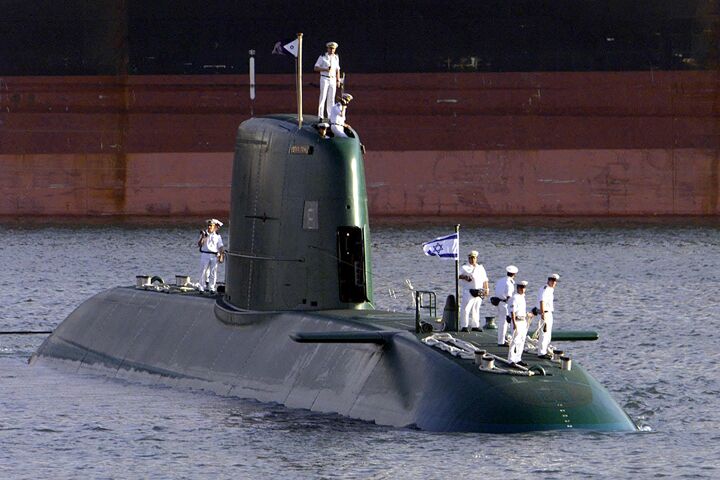 Israel’s trust in Germany is growing.

Israel is arming submarines—built and largely financed by Germany—with nuclear-tipped cruise missiles, Der Spiegel reported on June 5. The news shows that Germany is indirectly involved in the production of nuclear military equipment, and also that Israel is increasingly reliant on Germany for defense assistance.

Germany has already supplied Israel with three Dolphin-class submarines, and has even footed most of the bill for them. Another three are to be delivered to Israel by 2017, and Israel is considering ordering three more. Not only is Germany financing one third of the cost of the submarines (around $168 million for each), but Berlin is also permitting Israel to defer payment until 2015.

Up until now, Berlin has denied any knowledge that German subs were being used as part of an Israeli atomic arsenal. But the new report quotes former German defense officials as saying that, since 1961, Berlin has assumed that Israel was putting nuclear warheads on the submarines Germany was selling to it. Germany delivered all submarines unarmed, and officially says that Berlin does not speculate on subsequent arming.

Nuclear-armed submarines are of particular interest to Israel because the country is so small that it could be devastated with just a few nuclear weapons. But the submarines give the country an effective deterrent, because they would allow it to retaliate in the event of such an attack. Second-strike capability, which these submarines allow, grants Israel an insurance policy if a hostile nation like Iran obtains the bomb.

Writing for bbc News on June 5, Stephan Evans said, “If ever there were two countries with a truly ‘special relationship,’ they are Germany and Israel. For obvious reasons of history, they are bound together. The genocidal madness of a previous generation of the one and the suffering of the victims of a previous generation of the other make them intertwined in a way no other two countries are.”

In a statement showing the degree to which the Jewish nation relies on German equipment, Israeli Defense Minister Ehud Barak said, “The Germans can be proud to have ensured the existence of the State of Israel for several years to come.” Likewise, Israeli Prime Minister Benjamin Netanyahu said the submarines are “very important” for Israel’s security.

German Chancellor Angela Merkel has said the security of Israel is part of Germany’s raison d’état, or national interest.

Der Spiegel points out that Germany’s bloody history makes Berlin’s involvement in Middle Eastern conflicts a matter of grave concern to some: “Should Germany, the country of the perpetrators, be allowed to assist Israel, the land of the victims, in the development of a nuclear weapons arsenal capable of extinguishing hundreds of thousands of human lives?”

The increasing reliance of Israel on Berlin is significant because it was foretold by the Prophet Hosea 2,500 years ago: “When Ephraim saw his sickness, and Judah saw his wound, then went Ephraim to the Assyrian, and sent to king Jareb: yet could he not heal you, nor cure you of your wound” (Hosea 5:13). Studying this verse in the original Hebrew reveals that both Ephraim (Britain) and Judah (called “Israel” today) go to Assyria (or Germany). To prove that fact, read our free booklet Germany and the Holy Roman Empire.

This passage is discussing the relationship between Germany and Israel today, and it goes on to show that Israel’s reliance on Berlin culminates in a devastating German double cross against the Jewish nation. The Jews celebrate and revere the Old Testament and their history with the prophets recorded within it. But they ignore the message God delivered through these prophets. Israel’s leaders remember that the German nation destroyed the lives of 6 million Jews only 70 years ago, yet they refuse to trust God—the only source of true help for all of mankind—so they are gearing up to place their trust instead in Germany. To prove this, request free copies of The United States and Britain in Prophecy and Hosea—Reaping the Whirlwind.