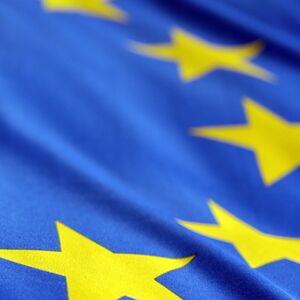 Europe is at a “crucial moment in its history,” said European Central Bank President Mario Draghi last Thursday. “The process of European integration needs a courageous jump in political imagination to survive.”

Will Europe find enough courage to do what emperors and dictators have spilled oceans of blood to attain?

Bible prophecy says yes—a new European empire is getting close to revealing itself to the world.

But before Europe can become a true superpower in the full sense of the word, it needs to have the institutions in place that allow for top-down command. It is something the European Union has lacked since its founding. It is something European politicians desperately want, but have never been able to achieve. And it is something that they are finally about to get—even though many people will live to regret it.

On May 23, European leaders met in Brussels for an informal “growth summit.” In reality, it was a crisis meeting between Europe’s most powerful leaders to map out contingency plans to combat the European debt crisis.

Going into the meeting, the mood must have been a mix of anticipation and desperation. cmc Markets analyst Michael Hewson summed up the economic conditions facing European leaders: “Nothing in the data … suggests that economic conditions in the UK and Europe are easing.”

It was a grand understatement.

The manufacturing and service surveys for the eurozone in May were the worst in almost three years. Howard Archer from ihs Global Insight called them “truly dismal.”

In fact, almost everywhere you look, there is economic malaise in Europe. Markets are grinding lower. Borrowing costs for Spain are back above 6 percent. The euro has fallen to its lowest level since 2010. Unemployment is rising. Entrenched recession is rearing its ugly head.

And if Greece doesn’t start collecting some taxes, it may be weeks—not months—away from default. What would that do to markets and thus economies?

“Unless policymakers come up with radical new solutions with respect to the crisis they will soon be faced with the prospect of delivering closer fiscal integration or overseeing the breakup of the euro,” warned Hewson.

If it was the prospect of closer fiscal integration Hewson was looking for, he couldn’t have been disappointed—because in one way or another, virtually all of Europe was calling for it.

“Our discussion also demonstrated that we need to take Economic Monetary Union to a new stage,” announced European Council President Herman Van Rompuy following the summit. “There was a general consensus that we need to strengthen the economic union to make it commensurate with the monetary union.”

When pressed for details, he said leaders would try to stick to current EU treaties, but if the “Brits” failed to give their approval, “other hypotheses” such as a new inter-governmental agreement were also on the table.

According to insiders, Europe is split into two opposing camps. The eurozone is split along north-south lines.

On one leg, France is leading an emerging Latin bloc (Italy, Spain, Greece, Portugal). Britain and Ireland also appear to back this group. These nations make up the bulk of Europe’s gross domestic product and population. They also are the nations burdened with the highest debt, slowest growth, weakest economies, and poorest credit ratings.

These nations are fighting tooth and nail to prevent economic collapse, yet maintain their economic sovereignty.

Led by France’s new president Francois Hollande, these nations want the creation of a European Union-wide deposit insurance scheme similar to that of America’s to prevent bank runs. They want an activist European Central Bank that will print money to stimulate the economy. And most importantly, and controversially, they want the creation of eurobonds. These eurobonds would be similar to U.S. government bonds. They would be jointly offered and jointly backed by all nations. They would allow these nations to borrow money at much more affordable rates.

But they want all this to be given to them out of the goodness of Germany’s heart.

On the other leg, opposing the Latin bloc, is a group of Nordic nations led by Germany. These nations have dynamic economies, budget surpluses and strong credit ratings. And they fear that further economic integration will let the south spend money that the north will have to pay back. The Telegraph’s Ambrose Evans-Pritchard reports that Germany’s Angela Merkel was uncharacteristically quiet at the meeting. It was her Dutch and Finnish allies who vehemently argued that there could be no eurobonds, and no “new stage” of economic union, unless there was some mechanism for the north to enforce financial accountability by other member governments.

ecb President Mario Draghi appears to be lined up with this group. “Eurobonds make sense when you have a fiscal union, otherwise they don’t make sense,” he told reporters in Brussels. Germany’s ecb executive board member Jorg Asmussen said prior to the meeting that the eurozone should be backed by “a fiscal union and banking union as well as a democratic legitimized political union.”

France’s President Hollande summed up the north-south divergence: “For now, Germany’s line of thinking is that eurobonds … could only be an end point, whereas for us they are a starting point.” In other words, we want Germany’s checkbook without the liability. Fat chance of Germany agreeing to that one.

But despite the disagreement, one thing is clear: the growing clamor of voices that see further economic integration as the only solution to Europe’s debt crisis.

Europe’s leaders are on the cusp of a unification project that will turn the disparate nations of Europe into a true superpower. As Europe’s debt woes increase, so too will the desire for further integration—at any cost. With each crisis, Germany’s position is strengthened. If unification is to proceed, it will be on German terms.