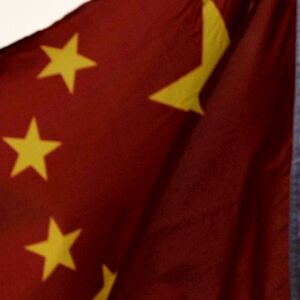 Three years ago, during a spring assembly at Herbert W. Armstrong College, editor in chief Gerald Flurry expounded on a prophecy in Isaiah 23. The essence of this prophecy, he explained, is the end-time formation of a brief alliance between a German-led European Union and major Asian powers.

Shortly after that message, he added this insight to his book Isaiah’s End-Time Vision, and again forecast specifically that, based on events described in Isaiah 23, “We believe there may be a brief alliance between the German-led Holy Roman Empire and certain Asian powers (Russia, China, Japan—the kings of the east).” Isaiah calls it a “mart of nations,” or an alliance founded primarily on trade and commerce.

Mr. Flurry also explained that this Euro-Asian partnership would eventually destroy the United States and Britain. “Should Europe, the resurrected Holy Roman Empire, find a way to take advantage—even for a moment—of key resources and strategic holdings of China, Russia and Japan, it would have more than enough power to besiege the Anglo-Saxon nations and enslave them,” he wrote.

That was three years ago.

Last week, the European Council on Foreign Relations, a major and well-respected Europe-based think tank, published a revelatory report titled “China and Germany: Why the Emerging Special Relationship Matters for Europe.” The report is fascinating and dramatic—but only when considered in the context of Isaiah 23 and Mr. Flurry’s explanation.

The authors write: “Against the background of [Europe’s debt] crisis, Chinese officials and analysts see a Germany that is increasingly powerful, a France that is weakened, and a UK that is marginalized. They therefore see Germany playing an increasingly decisive role in EU decision-making and therefore feel they have little choice but to approach Europe through Germany.”

As one Chinese official put it, “If you want something done in Brussels you go to Berlin.”

This relationship, just as Isaiah forecast 2,500 years ago, is underpinned primarily by trade and commerce. “The increase in trade between China and Germany during the last decade—and, in particular, in German exports to China—has exceeded all expectations,” the report states.

The facts are astonishing. In 2010, Germany’s trade with China rose by 34 percent, to $181 billion. In 2011, trade between China and Germany totaled $190 billion. During a recent visit to Germany, Chinese Premier Wen Jiabao stated that the two nations want to increase that figure to $280 billion by 2015. In 2011, Germany’s gross domestic product grew by 3 percent, with exports to China contributing 0.5 percentage points. These days, almost half the EU’s exports to China come from Germany. Meanwhile, China is set to overtake America as the biggest destination for German exports outside the EU. “At present, there is an almost perfect symbiosis between the Chinese and German economies: China needs technology and Germany needs markets” (ibid).

Naturally, these healthy trade relations have given rise to greater political cooperation. “The burgeoning economic interdependence between China and Germany, based on a technology-for-markets swap, is the basis for an increasingly close political relationship …” (ibid; emphasis added). This relationship reached new levels last June, when Premier Wen visited Berlin with a large entourage and conducted government-to-government consultations. A gathering that was, in effect, really “a joint cabinet meeting,” the report says.

The report explains how Germany’s leaders have for years worked hard to cultivate close relations with China. German leaders have worked in the tradition of Germany’s Cold War policy of “Ostpolitik,” or change through rapprochement. “At least since Schröder, Germany’s approach to China has been based on the idea that the best way to transform it is through trade—‘Wandel durch Handel,’ or ‘change through trade’” (ibid).

Finally, these two countries have another trait in common: Both Berlin and Beijing are often allied against the U.S., particularly on issues related to the global economy. Unlike America, the economies of Germany and China depend heavily on manufacturing and exports. In fact, Germany and China are the world’s top two exporters, which makes them natural partners when it comes to entertaining solutions to the global financial crisis. “There seems to have been what one might call a post-crisis alignment between China and Germany,” the report states.

The loose alliance against America goes beyond trade too. “China has for a long time wanted a multipolar world in which U.S. power is limited by the emergence of other power centers.” In Beijing’s mind, “Europe plays a key role in … thinking about multipolarity” (ibid). Strategically, China welcomes a strong Europe to counter America. And unlike America, a German-led Europe has no military bases or direct military interest in Asia, so China doesn’t consider a militarized, politically strong Europe a threat.

It’s early, but as this comprehensive and important report notes, there is no doubt that a German-Chinese alliance is forming. Perhaps some mock us for letting Bible prophecy inform our analysis of world events. But it’s getting harder and harder to deny the facts: that Germany is the unchecked leader of Europe; that Europe is quickly transforming into a German-designed creation; and that relations between Germany, China and Russia are getting healthier and stronger.

And let’s not forget the larger, more important fact: that all three of these trends were prophesied, and that world events, yet again, are proving the Bible as the “more sure word” of God!