The U.S. is being attacked every day, and most people don’t know it. 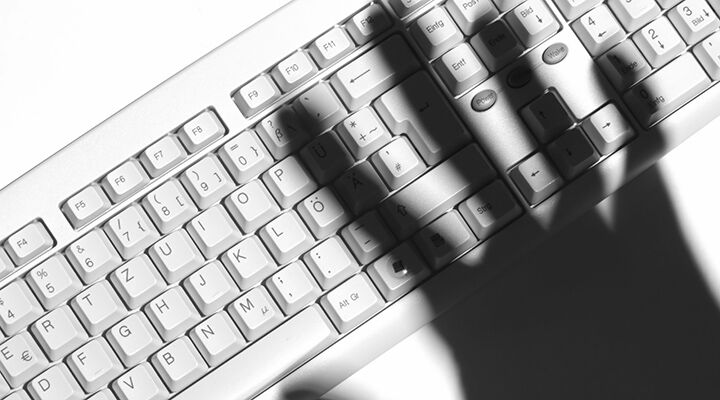 The U.S. is being attacked every day, and most people don’t know it.

Anyone who has had his personal computer hacked or his credit card or bank account compromised knows something of the danger in our technology-dependent modern life.

But the danger posed by cyber-criminals goes way beyond an amoral nerd hacking your computer and stealing your account numbers, frustrating and debilitating as that would be. In our world, the majority of professional communication, intelligence gathering and analysis, research and development, military strategy planning, and banking and finance occurs on a network of connected computers. As a result, the power cyber-criminals wield is disproportionate—and frightening.

Some hackers are now threatening to inflict chaos and destruction on society in general—on our federal and state governments, our banking and telecommunication systems, our private companies, even our militaries. And they’re already proving themselves more than capable.

It’s Happening All the Time

In April, Global Payments Inc., an Atlanta-based credit card processing company, announced that its network had been breached and that data from 1.5 million credit card accounts had been exposed. This happens regularly. Last year, a cyberattack on one of Sony Corp’s online gaming systems breached the personal information of nearly 25 million customers and compromised more than 100 million accounts.

We learned last December that hackers also broke into the network of Stratfor, a Texas-based intelligence company. Before Stratfor knew what had happened, hackers stole credit card numbers and even private e-mails between company employees and correspondence that included private details about clients. It was a nightmare, costly and particularly embarrassing for a company specializing in intelligence gathering and analysis.

But Stratfor and Sony aren’t anomalies. Other cyberattack victims include Citibank, Lockheed, Booz Allen, Google, Boeing, emc and Nasdaq. If it can happen to these giants, it can happen to anyone.

Citing Mr. Henry, the Journal reported that “too many companies, from major multinationals to small start-ups, fail to recognize the financial and legal risks they are taking—or the costs they may have already suffered unknowingly—by operating vulnerable networks.” Between 2002 and 2010, the number of hacking cases the fbi handled swelled from fewer than 1,500 to 2,500. That’s just the number of major intrusions identified and that the fbi is actually investigating.

Quantifying the number of illegal electronic incursions into U.S. companies, government departments and public institutions is virtually impossible. First, many companies fail to report electronic breaches for fear of damaging their reputation. Second, many organizations simply don’t know they’ve been infiltrated. In recent testimony before Congress, Richard Bejtlich, chief security officer at Mandiant, a computer-security company, testified that 94 percent of clients that had been targeted by Chinese hackers had no idea they had been attacked.

According to Henry, fbi agents regularly come across data from companies whose executives had no idea their system had been penetrated. “We have found their data in the middle of other investigations,” he stated. “They are shocked and, in many cases, they’ve been breached for many months, in some cases years, which means that an adversary had full visibility into everything occurring on that network, potentially.”

Imagine if a criminal was watching everything you did, taking note of your account numbers, your professional correspondence, your private conversations. That’s exactly what’s happening. These silent, unseen intruders—many of whom are foreigners—are watching and stealing the financial details, intellectual property and strategies of many American institutions, government departments and companies, including military manufacturers.

Henry recalled a recent case in which hackers broke into the network of a large company and stole 10 years and $1 billion worth of research and development. In another instance, Chinese hackers penetrated the electronic defenses of the U.S. Chamber of Commerce and accessed everything stored on its system, including information about its 3 million members. Foreign hackers are constantly attempting to break into U.S. companies and steal strategically significant and expensive—if not priceless—intelligence. Gen. Keith B. Alexander, commander of U.S. Cyber Command, calls cybertheft “the greatest transfer of wealth in history.”

According to James A. Lewis, a cybersecurity expert at the Center for Strategic and International Studies, Shawn Henry’s warning about America’s vulnerability in cyberspace is too bright. Lewis says that America has already “lost the opening battle” with hackers, and he doesn’t believe, according to the Journal, there is a “single secure, unclassified computer network in the U.S.” (emphasis added).

The Power of Hackers

In his book Cyber War, Richard Clarke, former counterterrorism expert for three U.S. presidents, laments that while the U.S. has developed offensive cyberwar capability, it has neglected developing defensive capabilities to ward off cyberattacks, which are growing in number and complexity. America is brilliant at attacking others in cyberspace, he says, but incapable of defending itself from similar attacks. In a statement that will keep ceos up at night, Mr. Clarke warned that “every major company in the United States has already been penetrated” by Chinese hackers operating under the direction of the Chinese government.

In his book, Clarke discusses the threat posed by foreign hackers to America’s electronic infrastructure, power grids, nuclear power plants, government banking and telecommunication networks, even its military command system. He writes that “economically and militarily … what we’ve lost in the new millennium’s cyberbattles is tantamount to the Soviet and Chinese theft of our nuclear bomb secrets in the 1940s and 1950s. The possibilities of what we stand to lose in an all-out cyberwar—our individual and national security among them—are just as chilling.”

Imagine it: With the flick of a finger, foreign states could shut down America’s power stations, crash its banking system and paralyze its telecommunication networks!

According to experts, many of America’s government and industrial leaders are woefully unaware of how technology works and how easily it can be exploited. James Lewis says there’s a “kind of willful desire not to admit how bad things are, both in government and certainly in the private sector ….”

How long before this “willful desire” to ignore the problem results in a crushing cyberblow from our enemies?

Tested to the Full

The Trumpet has been warning about America’s vulnerability to cyberattack for nearly two decades. In our January 1995 edition, editor in chief Gerald Flurry recalled the story of Achilles, the Greek hero of the Trojan war who was struck in his heel by an enemy arrow. “America is the greatest superpower this world has ever known. But we have a very vulnerable point in our military—our own Achilles heel,” he wrote. “Exploiting this vulnerable point may trigger the greatest shock in the history of warfare! … Computer dependence is the Western world’s Achilles heel, and within a few years this weakness could be tested to the full.”

One key end-time Bible prophecy in Ezekiel will likely be fulfilled through cyberwarfare. The prophecy foretells great violence and warfare in America and Britain just prior to the Second Coming of Jesus Christ. Ezekiel saw these events in a vision, and wrote that “they have blown the trumpet, even to make all ready; but none goeth forth to the battle …” (Ezekiel 7:14). It appears the trumpet of war is blown in America and Britain, but a nation-crushing tragedy occurs: Nobody answers the call to battle!

Is this because our infrastructure, our banks and homes, our stores and airports, our government and our military infrastructure, have been paralyzed by a massive cyberattack?

There are measures you can take to protect yourself personally from hackers. These might include installing an electronic firewall, purchasing software to defend your home computer from attack, or simply refraining from disclosing personal information over the Internet. But ultimately, it’s not the threat of personal cyberattacks that you need to be most concerned about. The more important consideration is, how can I prepare for the calamities prophesied to come upon America and Britain?

Did you know there is a physical place of protection from these terrifying events? There is “spiritual software” you can install to defend you and your family from the horrors ahead.

Where can you learn more about this protection? More than likely, the answer has been sitting on a shelf in your home: It’s called the Holy Bible.

Maybe you haven’t thought much about the Bible, its authorship, its veracity, and its value to your life. But it’s not too late to ask these questions. This world is careening out of control. You live in extreme and terrifying times. Perhaps your friends will think you’re crazy if you start studying the Bible now. But don’t these crazy, extreme times demand extreme measures, even measures “extreme” as reading the Bible? Go ahead: Reject the mainstream hostility toward the Book and just read it for yourself.

Before you do that, call now and request our free books Proof of the Bible and Mystery of the Ages. If you study these books along with the Bible, your life will never be the same!