What happens when we treat the effect without addressing the cause? 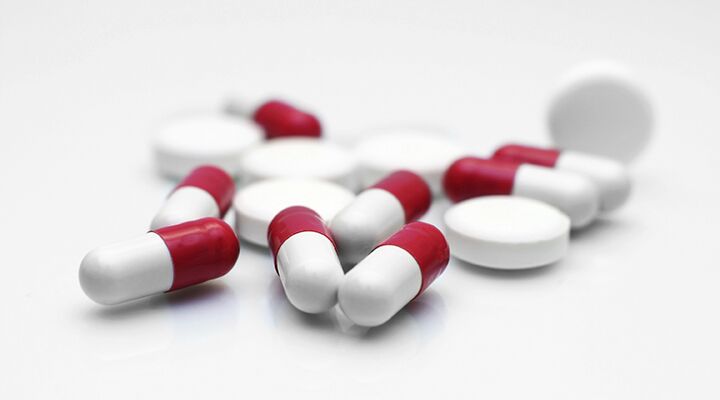 What happens when we treat the effect without addressing the cause?

We are facing “an end to modern medicine as we know it” if current trends continue. That’s the diagnosis of World Health Organization Director General Margaret Chan. “Things as common as strep throat or a child’s scratched knee could once again kill,” she warned in March in a speech in Denmark.

Why the crisis? The world is quickly running out of antibiotics. Bacteria resistant to nearly all known antibiotics are multiplying. Few new antibiotics seem forthcoming. “In terms of new replacement antibiotics, the pipeline is virtually dry,” warned Dr. Chan. “The cupboard is nearly bare.”

Some of these antibiotic-resistant diseases kill half of all people they infect.

How did we reach this point?

Eighty percent of American antibiotics are used not to treat humans, but farm animals. Why? Antibiotics encourage animals to grow faster, and they suppress diseases.

In mass-scale industrial food production, animals are commonly fed the wrong food and crammed into unsanitary living conditions, so they get sick easily. Recognizing this problem, farmers and meat-packers, rather than addressing the cause and improving the conditions, simply dose their animals with antibiotics.

Scientists have warned for decades that this practice—a constant low dose of antibiotics in a large number of animals—creates exactly the environment you would need if you were deliberately trying to breed antibiotic-resistant superbugs.

“This is one more reason to be very careful when you’re handling raw meat and poultry in the kitchen,” warned the head researcher on the study, Dr. Lance Price. “You can cook away these bacteria. But the problem is when you bring in that raw product, you almost inevitably contaminate your kitchen with these bacteria.”

The Food and Drug Administration has acknowledged that routinely feeding antibiotics to animals is dangerous, but it has done little to change the practice. In March, a U.S. district court judge ordered the fda to do more. But if the fda restricts or bans the use of antibiotics to stimulate growth (like the European Union already has), the food industry still has to find a way to prevent disease.

“The media’s coverage of the decision has focused on the use of antibiotics for growth promotion,” writes the Atlantic. “While ending these uses would be an important step, it would not be sufficient to end the misuse of antibiotics in industrial food animal production. As long as low doses of antibiotics may be continuously fed to food animals to prevent disease, the industrial operations that produce the majority of food animals in this country will continue to serve as giant incubators for antibiotic-resistant bacteria” (March 30).

But that’s a problem we refuse to confront. The quick fix is far too easy.

Sadly, we often take the same approach in our own lives: We ignore the cause and pop the pill—because it’s easier.

Prof. Sarah Harper, director of the Oxford Institute of Population Aging, warned in March that she saw a future where drugs tackled the symptoms and the original problem was left untouched. That future, in fact, is already here.

Professor Harper contrasted the way governments confront smoking with the way they address obesity—two “lifestyle epidemics.” Smoking-related deaths have fallen as public health initiatives persuade people to stop smoking, dealing with the cause. Deaths related to obesity also appear to be falling, yet obesity rates are rising. Why? In this case, rather than making lifestyle changes, many people are treating obesity with drugs.

“[W]e’re moving to a culture where rather than having healthy lifestyles, we actually can, if you like, pop a pill,” she said. “We have to ask if we wish our future to be one where individuals at increasingly younger ages pop pills rather than eat healthily, stop smoking, reduce alcohol, and take up exercise.”

More and more, the answer seems to be yes. It’s so much easier to take a pill than to change your life. But this refusal to confront the causes of the problem takes its toll.

The fact is, there is no such thing as a quick fix. You may be able to ignore the problem and cover up one symptom with drugs—for a time. But just listen to the end of the television commercial for all the nasty side effects along the way. Then realize that using these drugs is actually breeding sicknesses that can withstand them.

The real solution is always to correct the cause of the problem. To survive, smokers have to stop smoking. To get rid of sickness, we have to keep health laws like nutritious diet, cleanliness and hygiene, sunshine and fresh air, exercise, plenty of rest, avoiding injury, and keeping a positive mental attitude. Addressing the cause of sickness and disease is no quick fix—but it has no side effects!