Hope for the future. 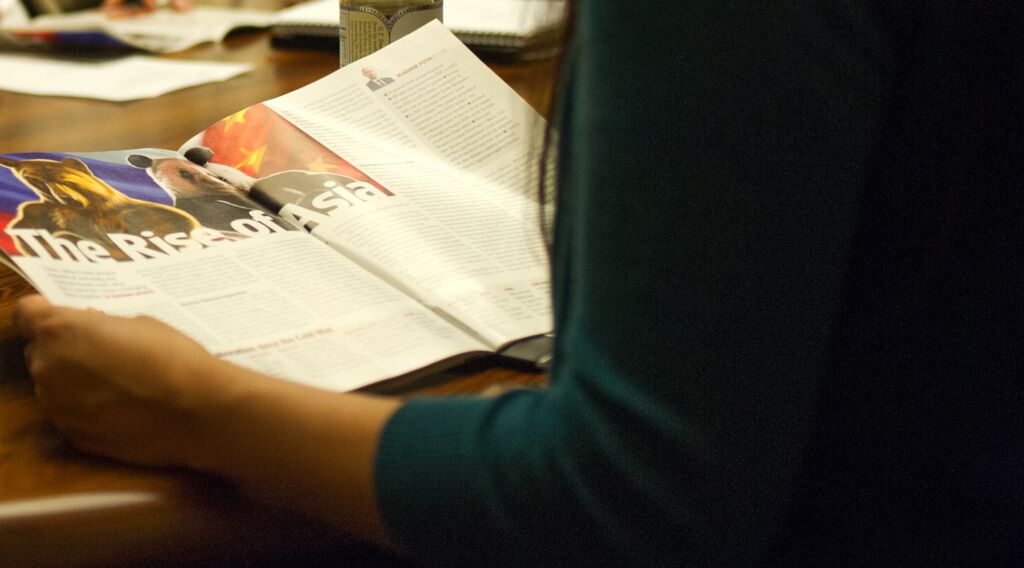 Hope for the future.

From The May 1999 Philadelphia Trumpet
View Issue FREE Subscription

As 1940 wore on toward June, a stage was being set for the now-famous and well-documented “Battle of Britain”—the time when a small number of men hurtled their planes into the air to engage a numerically superior enemy in mortal combat. Looking back on that time is easy for us today, but it wasn’t so positive for those who were about to receive the severe onslaught of the German Luftwaffe.

At that time of Britain’s darkest hour, Winston Churchill’s “blood, sweat and tears” speech moved a nation. It shot through to the hearts of the British people. It firmed their determination that if they were to survive as a nation they must be willing to suffer any sacrifice.

After World War II failed to bring real peace, and the nuclear age became dominant, one of America’s leading newsmagazines, U.S. News and World Report, made a statement to the general effect that our only hope for human survival is in the power of a Strong Hand from somewhere. That statement continues to become more true with every passing day.

As surely as Britain faced the question of survival then, all humanity faces the question of survival now—the survival of the human race! In 1934, a work began to publish and broadcast the truth of a coming time of peace. The founder of that work, Herbert W. Armstrong, wrote, “Thirty-eight years ago a tiny handful of financially poor but sober people did face up to [world events]. They volunteered to join me in a ‘blood, sweat and tears’ sacrifice to do something about it.

“As time went on, others caught the vision, volunteered to join with them. Now, in humanity’s darkest hour—with most of humanity lethargically refusing to face up to it, our deliverance is near. Glorious victory is in sight; humanity will be saved alive. The peaceful, happy, prosperous, joyful world tomorrow is soon to dawn.”

Today, our eyes must be opened to the serious and sobering news events. We should see the way humanity is going—the threat to human existence.

The film footage of the thousands of refugees streaming out of Kosovo is but a prelude of what is soon to come upon the whole earth. Today, we continue to send the warning of a coming holocaust, but we also send a message of hope. The ultimate truth is, there is a solution—a solution to world problems, by and through this unseen Strong Hand from somewhere!

News sources today only report the news. Of those sources, only a few give world news from different perspectives. And of all the sources, none show the solutions that are going to save this world. That’s because only the Trumpet magazine is able to accurately analyze today’s news in light of biblical prophecy. Only the Trumpet magazine and The Key of David television program bring good news of a better tomorrow. The time when a Prince of Peace will rule the earth with outgoing love and concern. A time when implements of war will be turned into implements of peace. The Trumpet magazine is the only source of that good news, and it is given without cost to you!

People often ask: “How can you do it? How can you publish such a quality magazine without advertising, and without subscription price? The answer is, it is done by people who believe in that hope and want to be a part of it. As more and more people have come to recognize the challenge—to realize this great Work offers them an opportunity to have a part in actually saving the world—the number who have volunteered to become co-workers has increased. They are those who contribute financially in order that the world may receive this hope.

It is time to give recognition for the loving service, often at great personal sacrifice, by that small army of staff and volunteers. They have made it possible for you to hold this fine-quality magazine—The Trumpet, in your hands. These are the loyal workers and co-workers who, also, make possible the Key of David program.

There is an unseen strong hand! There will be supernatural intervention to save humanity alive. And the revelation given mankind through this work by the Supreme Personage that wields that Strong Hand explains why so few laborers can do such a mighty work!

We know that we have been given a very great mission. That mission is to awaken a drowsy, lethargic humanity to the fact that its wrong ways are leading all humanity into a crisis that would mean the extinction of human life if the almighty God did not come to our rescue. We have been called to proclaim to the world the fact that the Creator is also the ruler over His creation—that humanity as a whole has transgressed His laws and therefore brought on itself all the accumulated evils that now exist in this world.

We have been assigned to proclaim the very imminent coming of the great Messiah in total supernatural power and glory to set up the government of God over all nations, and to bring this unhappy world peace at last!