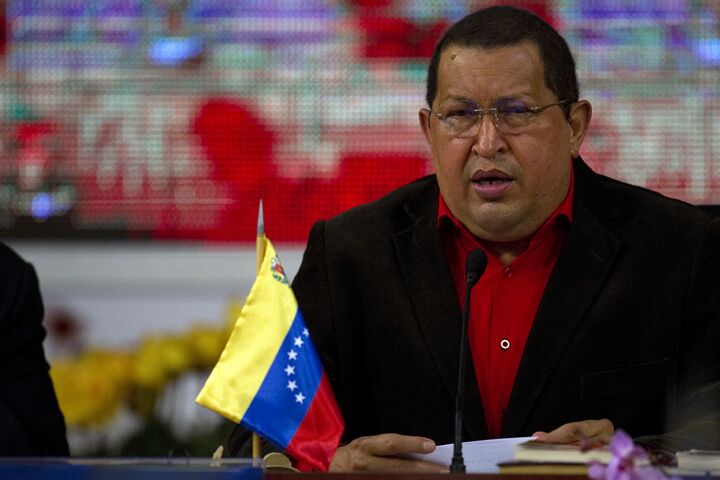 A danger unfolds in Latin America.

Latin America is becoming a new platform, fundraising center and operational base to wage asymmetric warfare against the United States.

Though the region has long been home to fringe elements antagonistic toward U.S. influence, recent years have seen the menace swell into mainstream politics. The threat is manifested in large part by the Bolivarian Alliance for the Peoples of Our America (alba), a Latin American-Caribbean cooperation organization spearheaded by Venezuelan President Hugo Chávez in 2004.

alba professes commitment to regional economic integration. It promises easy money to beleaguered nations, and is viewed as an easy alternative to the bureaucracy encumbering the World Bank.

A closer look, however, reveals it to be a bloc devoted above all to anti-Americanism, and comprised of members who have rigged elections to avoid losing power.

Moreover, membership in alba brings countries into common cause with the world’s most destabilizing nations and most malicious terrorist groups. The organization has forged ties with Middle Eastern terrorists that could pose a serious threat not only to Latin American countries, but also to the U.S. and Canada.

The man most responsible for alba’s spread is Hugo Chávez. His checkbook has wide ideological and cultural appeal in Latin America and the Caribbean. Chávez gave nearly $200 million to Manuel Zelaya’s government in Honduras to help his illegal attempt at re-election. Every year, he gives Nicaraguan President Daniel Ortega around $500 million in “free” money to prop up his dictatorship.

It is not difficult to see why impoverished Haiti, still suffering two years after an earthquake killed more than 200,000, would want in on the action. Earlier this year Haiti forged ahead on an agreement to become an alba member.

Chávez’s anti-American message is one that many leaders appear eager to latch on to. Caribbean prime ministers—most notably those of Dominica, St. Vincent and the Grenadines, and Antigua and Barbuda—praise Chávez’s developments while they blame the U.S. for their own economic woes and soaring crime rates.

Back in 2009, Jamaica’s then Prime Minister Bruce Golding warned that alba had a “destabilizing effect” on the Caribbean Community (caricom) and other institutions. Golding said regional leaders “need to examine” alba because of the menace it poses.

Latin American expert Joel Hirst, who has called alba “a subversive plan to create a ‘New World Order,’” wrote of the Mideast link in a January column cautioning Haiti against accepting alba’s invitation for membership. “In partnership with the Iranians and their many non-state actors [or terrorist groups], [alba] seeks to dismantle representative democracy and the institutions of representative government in order to replace them with a different model,” he wrote. That model, a new socialism, would use a chaotic “participatory democracy” to put the region back under the rule of military dictators, or caudillos.

“These caudillos use their power to create blackout zones for criminal organizations to work with terrorist groups to launder money and conspire,” Hirst explained.

Although the Obama administration downplays the dangers presented by alba’s rising power, the frequent visits of Iranian President Mahmoud Ahmadinejad to the region have raised the eyebrows of some U.S. policymakers. Ahmadinejad has visited Latin America at least five times since he took office in 2005; during his most recent trip in January, he traveled to four alba nations.

After that trip, American analysts expressed concern that Iran’s relationships with Chávez, Ortega, Castro and others threaten to upset and destabilize the Western Hemisphere. “These alliances can pose an immediate threat by giving Iran—[the Revolutionary Guards] or its proxies like Hezbollah—a platform in the region to carry out attacks against the United States, our interests, and allies,” said U.S. Congresswoman Ileana Ros-Lehtinen.

Ros-Lehtinen highlighted Hezbollah’s practice of using drug cartels and criminal networks to raise capital and carry out terrorist operations in Latin America, saying it represents “a clear and present danger” to the United States. “The synergy between Hezbollah and the drug cartels in Latin America makes for a very powerful enemy and one that is challenging to identify,” she warned.

Under alba’s umbrella, leading politicians have become the Caribbean’s and Latin America’s new breeders of crime. And since politicians at the highest levels are in on the action, reporting on alba-Hezbollah ties is rare. But some reports fight their way through the conspiratorial haze.

In August of 2008, for example, the Los Angeles Times reported that an unnamed Western official had said Venezuela was providing Iran-backed Hezbollah with a base of operations. The official warned that Hezbollah is able to move “people and things” into Latin America thanks to the warm Iran-Venezuela relationship. He said this link “preserves the capability of Hezbollah and the [Islamic] Revolutionary Guard [Corps] to mount attacks inside Latin America,” and added “It’s becoming a strategic partnership.”

The Iran-Venezuela relationship has steadily strengthened since a 2006 bilateral trade agreements between Chávez and Ahmadinejad. In 2008, Tehran and Caracas signed 15 cooperation agreements in the areas of energy, construction and agriculture, and announced the creation of a shared bank. The relations between the two sides have solidified primarily due to their common antagonism toward the U.S.

A 2008 U.S. State Department report on terrorism said Iran and Venezuela had begun weekly flights between their capital cities, and that passengers aboard these flights were not subject to customary checks. Among the travelers was a suspect in the plot to bomb the John F. Kennedy Airport in New York.

Theodore is particularly concerned about terrorist infiltration into the Caribbean and how it is destabilizing society there. “Venezuela is the new facilitator of narco-trafficking and terrorism in the Caribbean. A paradise for tourists has been converted into an operational base for hardline Iranian terrorists and criminals. It is no longer a peaceful Caribbean.”

At a conference of the Peaceful Caribbean Foundation convening today in Bridgetown, Barbados, Theodore is addressing growing alba-Hezbollah ties, along with other issues threatening stability in the Caribbean. “Hezbollah’s criminality multiplies in Latin America while it establishes deeper relations with transnational criminal organizations funneling millions of dollars to militia leaders in the Middle East,” Theodore told the Trumpet. Much of the South American drug money is being channeled back into Middle Eastern terrorist networks, she contends.

Theodore said the danger of terrorists entering the U.S. via Latin America and the Caribbean is imminent. “It won’t be long before Iranian terrorists with Venezuelan and Dominican passports stand in line and show their documents to U.S. border agents as well,” she said.

The thickening alliance between anti-U.S. alba nations and West-hating terrorist groups like Hezbollah casts dark shadows across both Americas. It reveals that the Middle Eastern extremists who oppose the U.S. are becoming better connected, more powerful, and closer to America’s borders. It also reveals that U.S. influence is rapidly waning in a region it relies on heavily for industrial cooperation.

The peaceful Caribbean sought by Theodore and others seems elusive under the lengthening shadows of the alba-Hezbollah axis. But a time is on the horizon when there will be peace in the Caribbean, in Latin America and throughout the world. To understand more, read The Wonderful World Tomorrow—What It Will Be Like.