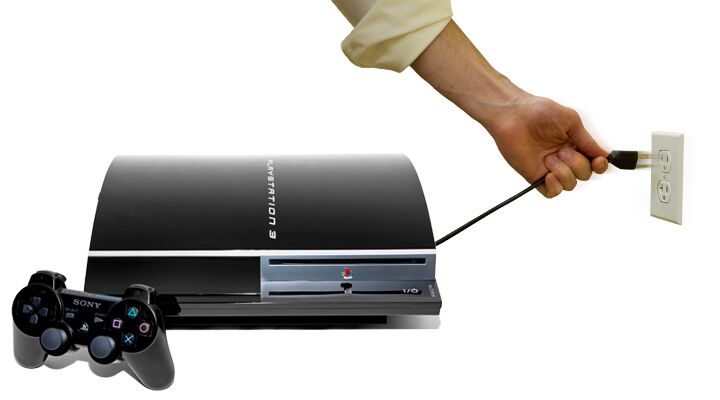 Harry Potter and the Deathly Hallows, Part 2 was the best-selling movie in the United States last year. But did you know that another fantasy world made almost twice as much money in its first month of release, as Harry Potter did for the whole year?

It’s called Skyrim, and it took in $650 million last November alone. How come many of us have never heard of it?

Skyrim is a video game. It is about a dragon god prophesied to destroy the world. It is the player’s job to become a thief, a warrior or a wizard and battle him in an open-ended game with quests and journeys that allow players to “explore richly textured worlds filled with choice” for hours a day, or whole days and weekends at a time, or if they choose—continually (Christian Science Monitor, March 18).

One look at Skyrim’s earnings proves that video games have become a forceful—even dominant—part of American culture. They are America’s new national pastime. Yet most of us are probably unaware of how prevalent and influential video games are in society.

A Nation of Addicts

The industry rakes in tens of billions of dollars per year. It thrives on hooking and addicting users.

Millions of people live, breathe and play in virtual worlds—and not only young people. Atari hit it big in the early 1970s. Today, one quarter of all gamers are over the age of 50.

Why are so many people, of all ages, enthralled with video games? Speaking as the featured presenter at a conference in Las Vegas where his product was named the “game of the year,” industry legend and Skyrim director Todd Howard offered an explanation. “What can games give you that nothing else can?” he asked. The answer: Pride. “Pride in something you did,” he said.

Are we really so desperate? Are people so lacking in aspirations and accomplishment that this is what it has come to for so many Americans?

By the time the average American youth turns 21, he will have spent 10,000 hours playing video games over more than a decade.

Consider that number. In his book Outliers, Malcolm Gladwell wrote about the 10,000-hour rule. To achieve mastery in any field of expertise, he explained, takes about 10,000 hours of practice over the course of about 10 years. Experts become experts because they abide by this rule. “Practice isn’t the thing you do once you’re good,” Gladwell writes. “It’s the thing you do that makes you good.”

Imagine what those 5 million Americans who spend 40 hours a week playing video games could accomplish if they instead devoted that much work to something useful. In just five years, this country would have 5 million more master designers, craftsmen, engineers, pilots, scientists, builders, artists, architects, painters, geologists, farmers, inventors, orators, poets, writers, singers, violinists, gymnasts. Imagine how different America could be if the 183 million Americans who spend at least one hour a day playing video games did the same thing.

And now imagine the world we might live in if all these people took just a portion of that time and spent it with their families, teaching their children how to become experts at productive pursuits. What a different, more prosperous, more inspiring, more beautiful world we would live in!

Are video games a dominating force in your home? Are you willing to change the course of your child’s life?

Many people look at America and decry its deficiencies: its collapsing economy, its waning influence, its growing list of enemies, its political fighting, its dysfunctional leadership. They see a house divided, and a people of eroding morals and common decency.

And they wonder, Why are these things happening, and why doesn’t someone stand up and put this nation back on course?

The book of Isaiah aptly describes society today. “For, behold, the Lord, the Lord of hosts, doth take away from Jerusalem and from Judah … the mighty man, and the man of war, the judge, and the prophet, and the prudent, and the ancient, The captain of fifty, and the honourable man, and the counsellor, and the cunning artificer, and the eloquent orator. And I will give children to be their princes, and babes shall rule over them” (Isaiah 3:1-3).

More than at any time in America’s history, this nation needs strong leadership. It needs masters in all the fields of arts and sciences to rejuvenate its broken economy. It needs skilled orators who inspire people in the right ways. It needs wise experts to offer counsel. It needs Galileos and Thomas Edisons. It needs Rembrandts and Edwin Hubbles. And it needs Churchills and Roosevelts.

It needs a people who can accumulate real-life accomplishments—not take pride in fantasy world achievements.

Instead, it has a new national pastime of dubious value, and millions of under-skilled adults, increasingly reliant on government welfare, acting like children.

Do you want to break away from such habits and put your life on a more productive path? Order a free copy of our booklet The Seven Laws of Success.