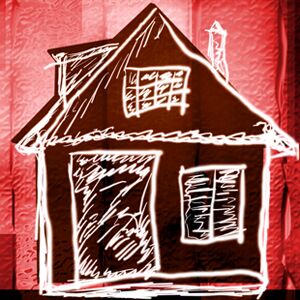 For beat up homeowners with inflated mortgages, the road to recovery looks ominous. Economist Robert Shiller, co-creator of the Case-Shiller housing price index, said last Tuesday that house prices may not recover within this generation’s lifetime.

That is a staggering statement.

It means that millions of Americans’ biggest investments are not really investments at all—but are really depreciating consumer goods that will financially cripple them.

“I think there is a real chance that we are in a … slump that would go on for years and years,” he said. “Suburban housing may not do well for decades to come.”

The latest statistics seem to support Shiller’s view. House prices across the 20 city Case-Shiller index have fallen by 3.8 percent from a year ago. If you bought a $200,000 house just last year, it is now worth $7,600 less than you paid for it. If you put a 20 percent down payment on the house, you just saw a fifth of it disappear.

At the current rate of decline, in just five years that $200,000 house will only be worth $164,000. If you had to sell, after realtor fees and so on, that 20 percent down payment you scrimped and saved for, plus all the mortgage payments made over five years, would be completely gone.

Since 2006, national house prices have fallen by 34.4 percent. In some major cities, valuations are down more than 50 percent. The cost of an average house in America is back to 2002 levels.

Although some analysts think house prices have hit bottom, Shiller notes that national house prices have fallen for five straight months. Following the initial price plunge, “downward momentum in the real-estate market has accelerated in the past five years,” he says.

That may be startling news, but it is downright ominous considering everything the government has done to prop up the market.

But perhaps it should not be so surprising. There are always unexpected consequences of government interference. For example, many of the steps the government has taken to prop up the market may actually be setting it up for the next multimillion-unit pile-up.

Remember all those government handouts to help first-time home buyers purchase houses they couldn’t afford? Three years later, many of those buyers are now underwater with houses that have lost more value than what they gained on the tax credits. These homes could be foreclosures waiting to happen.

If rates return to their historic norms, mortgage rates could easily jump 3, 4, or even more percentage points. As rates rise, not only does the pool of buyers shrink, but house affordability plunges. A $1,000 per month mortgage payment at 4.5 percent will let you purchase a $200,000 house. But at 8.5 percent, you can only afford a $130,000 house.

Buy that $200,000 Cadillac of a house today (at record low rates) and you might find yourself owning something valued like a used Oldsmobile in a couple of years, and a busted down old junker not long after (if rates just return to mean). But as far as the bank is concerned, you still need to make payments on the Caddy.

So if housing prices are not going to recover for a generation, what does that mean for the average American?

It means baby boomers will have to find another way to fund retirement. It means that people will be stuck paying interest on something that is going down in value. It means fewer jobs. It means a slower economy.

And it means: Get ready for another bubble—and another accident.

From 2001 to 2007, 40 percent of all jobs created in the U.S. were either directly or indirectly related to the housing market. These jobs are not coming back anytime soon.

That means there will be growing pressure on politicians to do something—anything—even if it is actually detrimental to the overall health of the economy. Politicians will embrace ever more dangerous stimulus measures to get the jobs back. The government paying off people’s mortgages will only be the beginning.

The problem is that America is broke. The national gas tank is almost empty. The engine is burned out. The battery is dead, the radiator is leaking and the pistons are starting to seize. For now, the government credit card still works, but there is no money for a new car, and our foreign bankers are threatening to cut us off.

America’s ability to borrow money may be far more limited than many people think.

When the federal government finally hits the ultimate debt ceiling—and eventually it will hit it—the Federal Reserve will have no choice but to drastically intervene in markets.

The Fed is already printing money to cover more than half of all government spending. And that isn’t enough. Ben Bernanke is once again hinting that more “stimulus” will be needed to jump-start the economy.

But sustained money printing is an accident waiting to happen. All that newly created money and credit may cover government debts, but it eventually flows into the markets. It distorts them. Then the speculators arrive. Prices skyrocket. You know the rest. It ends with tears.

Not long ago there was the dot-com bubble. Next was the housing bubble. Get prepared for an even bigger bubble. It is forming now. And it is the most dangerous one yet. When it pops, it could lead to the worst economic crash in the nation’s history. For a preview of what that bubble is, look for a future column.