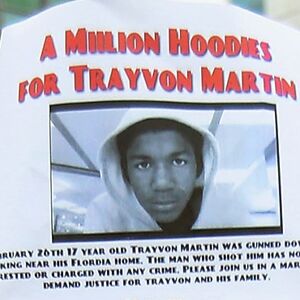 We are dangerously close to the siege of fire and violence prophesied to come upon our cities.

It takes just one spark to ignite a forest fire. The same can often be said for society-wide destruction and violence. In 1914, for example, Germany used the assassination of Archduke Franz Ferdinand as an excuse to plunge the entireworld into war. No one expected it at the time. There had been 40 years of relative peace in Western Europe. And yet, one isolated event in Sarajevo set off a devastating chain reaction that brought the whole world to its knees. Austria declared war on Serbia. Russia mobilized in support of the Serbs and declared war on Austria. Germany declared war on Russia—then France. And on and on it went.

In the case of the raging inferno prophesied to devour America’s biggest cities before Christ’s return, could the shooting death of Trayvon Martin be the spark that leads to chaos and anarchy on the streets of America?

Louis Farrakhan has promised retaliation. The New Black Panther Party offered a $10,000 bounty for the shooter, George Zimmerman. Black Panthers also distributed a “Wanted: Dead or Alive” poster for Zimmerman. Movie director Spike Lee re-tweeted Zimmerman’s home address to 250,000 followers. (It turned out to be the wrong address.) And the New York Times, Reuters and other news agencies even coined a new phrase to fabricate the white-on-black narrative that is central to the liberal agenda. Zimmerman isn’t Hispanic. He’s now a white Hispanic.

Even President Obama weighed in on the controversy by stressing the racial component to the story: “If I had a son, he’d look like Trayvon,” the president said.

The Justice Department, meanwhile, is assiduously searching for evidence of Zimmerman being a racist in the hope that it can charge him for a hate crime.

“I, personally, really truly believe this is a hate crime,” Rep. Maxine Waters said during a television interview on March 28. Her colleague Rep. Frederica Wilson reminded the House of Representatives that Trayvon’s “murderer” was still at large. The victim, she said, was “hunted down like a dog.”

In one particularly despicable display of race-baiting, Illinois Democrat Bobby Rush caused a chaotic scene on the House floor when he was shouted down by the speaker after removing his suit jacket to reveal a gray hoodie, similar to the one Trayvon wore the night he was shot.

“Too often, this violent act that resulted in the murder of Trayvon Martin is repeated in the streets of our nation,” Rush said before pulling the hood over his head and donning sunglasses. He applauded those who were wearing hoodies to make a statement about the real hoodlums in society—presumably white people who are hunting down blacks.

“Blacks are under attack,” Jesse Jackson told the Los Angeles Times. We may have thought we were moving beyond racism when we elected President Obama, Jackson explained. But Obama’s victory triggered a tremendous backlash. Targeting, arresting, convicting and even killing blacks in America is “big business,” he said.

So blacks better fight back. That’s the message coming through loud and clear from black leaders and their media allies that are working non-stop to amplify that message.

The real significance of the Trayvon Martin case isn’t whether the shooting was racially motivated or not—or if the watchman acted in self-defense. The real significance is that media outlets, black activists, celebrities and even leaders in government are collectively using this isolated incident—whether they realize it or not—to incite race wars!

Of course, many young blacks in America are being attacked—it’s just that their attackers come from the black community, as a few lone voices in the media have courageously pointed out. Ninety-three percent of black murder victims in America are killed by other blacks.

“The epidemic is truly black-on-black crime,” says C.L. Bryant, former leader of the naacp. Bryant said Trayvon’s family should be outraged that liberal politicians and black leaders are using the Florida shooting to inflame racial passions.

“The greatest danger to the lives of young black men are young black men,” Bryant told the Daily Caller. In fact, if you look at murder rates across the board, you find that 53 percent of all homicide suspects are black—according to Eric Holder’s Department of Justice. With blacks comprising just 13 percent of America’s population, one would think media outlets across the nation would be sounding the alarm about the near-total breakdown of the traditional family within black communities. But unless there’s a white-on-black angle to the tragedy, the media’s coverage is dispassionate at best—if it’s even covered at all.

Where is all of this leading? That’s the question. And we’ve provided the biblically-revealed answer for decades.

“Race war is coming,” Herbert W. Armstrong warned almost 50 years ago. “Racial tensions, passions and hatreds are being deliberately stirred by organized planning. It will explode into mass violence that will stagger the imagination!” (Plain Truth, October 1963).

Four years ago, when then Senator Obama was being lavished with praise for supposedly healing America’s race wounds, my father warned that simmering racial passions and hatreds would boil over into a red-hot violence that would spill into our streets.

“Many people believe that Mr. Obama is going to greatly improve race relations. But our racial problems are going to rapidly get much worse,” he wrote on June 12, 2008. Then, he added, “The race card is going to be played often for political gain!”

That is certainly happening right now on both sides of the Trayvon Martin case. And it may well be the tiny spark that sets off the racist bomb prophesied to explode upon our cities, leading to the siege of fire and violence described in Ezekiel 5. For a much more thorough study of the Prophet Ezekiel’s end-time warning, request Ezekiel: The End-Time Prophet.