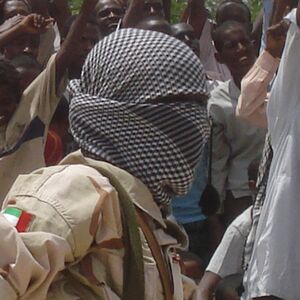 Tehran and its radical Islamist proxies have the momentum.

One of the most disturbing aspects of radical Islamic terrorism is how easy it is to ignore.

Honestly, how many ever take the time to think seriously about al Qaeda, or the Taliban, or the radical elements within the Muslim Brotherhood? Most people forget or ignore those plotting their destruction, only interrupting their neglect for a fleeting moment of empathy when an Islamist bomb explodes in some place popular, or a terrorist guns down children in the playground.

Whether it’s because people are too worried by the personal and national crises they face, or too consumed with material infatuations, few take the time to think seriously on what’s happening in Iran or Egypt or Syria, let alone such obscure places as Somalia, Yemen, Ethiopia or Sudan. Because of this, most people fail to realize that despite the billions spent in the war on terror—or, most recently, President Obama’s outstretched open hand to Muslims—radical Islamist forces are gaining momentum.

Worse still, few stop to think about where radical Islam’s momentum will end.

It received scant attention, but last month Somalia’s lead radical Islamist group, Harakat al-Shabaab al-Mujahedeen, which controls large swathes of territory in the south of the country, announced that it was officially joining the al Qaeda network. Al-Shabaab has long been affiliated with al Qaeda, but the public pledge by its leader to al Qaeda leader Ayman al-Zawahiri that al-Shabaab “will march with you as loyal soldiers” was a sure sign of future violence and chaos in Somalia.

In his declaration of loyalty, al-Shabaab leader al-Zubair congratulated al-Zawahiri on his efforts to send U.S. forces packing in Pakistan and soon Afghanistan. He stated that with al Qaeda’s support and leadership, he hopes they can do the same in Somalia. Attacks on Somalia’s Transitional Federal Government and foreign peacekeepers have increased dramatically since al-Zubair’s pledge of allegiance.

The development of a strong al Qaeda/al-Shabaab axis will have dire consequences for the entire region, warned the National Interest, and it “threatens both the Horn of Africa—Somalia, Ethiopia, Sudan, Eritrea and Djibouti—and East Africa, which includes Kenya, Uganda and Tanzania.”

In July 2010, al-Shabaab waged twin attacks in Uganda that left 80 dead; since then, scattered attacks have continued. Since February 2012, a company of U.S. Marines has been in Uganda training the country’s soldiers to combat terrorism in East Africa to curb the spread of terrorist groups across the continent. The Marines has also sent small teams into four other African nations to help their armies combat the spread of Islam. But it looks like the effort is too little, too late.

Back in 1998, al Qaeda terrorists struck the U.S. Embassy in Kenya with a bomb that killed 213 people and injured another 5,000. In recent years, al-Shabaab has often attacked Kenya’s security forces, aid workers and tourists visiting Kenya. Last October, Kenya sent troops into Somalia to battle al-Shabaab, and the terrorist group responded by ramping up its attacks in Kenya. It carried out two grenade attacks in Nairobi and a string of deadly roadside bombs and grenade strikes in Kenya’s northeast. The attacks subsided until March 12 of this year, when al-Shabaab bombed Nairobi, claiming six lives and injuring 60 people. Kenyan media now say al-Shabaab’s presence has made its way to Kenya’s borders.

South of Kenya in Tanzania, the rise of Islamist communities has led some to call the nation “al Qaeda’s East African beachhead.” The government is concerned by the growing proclivity in many districts for residents to exhibit greater loyalty to the idea of a global Muslim caliphate than to the fairly young country of which they are citizens.

Earlier this month, tensions peaked when Ethiopian forces invaded Eritrea and carried out attacks on Eritrean military posts. According to Ethiopian government spokesman Shimeles Kemal, Ethiopia waged the assault because Eritrea was training “subversive groups” that have carried out attacks inside Ethiopia. Analysts believe these unnamed “subversive groups” are radical Islamist terrorist outfits, and say Ethiopia’s decision to strike at them suggests the threat they pose is serious.

In November 2011, the Ethiopian government discovered a plot by Wahhabi Muslims within Ethiopia to transform the country into an Islamic country governed by sharia law. The same month, Kenyan media reported that Eritrea had delivered a shipment of arms to Somalia’s Islamist al-Shabaab movement. Eritrea has also been accused of supporting Islamist groups in Djibouti, Uganda and Sudan, and of providing safe haven to Ethiopian Islamists. Eritrea’s support of al-Shabaab, and of Islamic terrorism in general, is so serious that the United Nations Security Council imposed sanctions on the country.

Next door in Sudan, President Omar Bashir has stepped up efforts to transform the nation into an Islamic state governed by Islamic law. Most recently, Bashir informed 500,000 to 700,000 Christians that under Sudanese law they were no longer citizens. He’s given them till April 8 to relocate to the secessionist state of South Sudan, after which the banished citizens will be considered illegal foreigners and treated as such.

Since the division of Sudan last year, President Bashir’s regime has found itself under increasing pressure from Sudan’s Islamist leaders, especially Hasan al-Turabi, the leader of the Sudanese branch of the Muslim Brotherhood. Known as “Sudan’s Osama,” Turabi is the nucleus of terrorist activities and organizations in Sudan. According to multiple intelligence sources, Turabi has developed working relationships with both al Qaeda and Iran. The U.S. State Department says Hamas, al Qaeda and Palestinian Islamic Jihad all operate in Sudan.

Ryan Mauro, national security analyst at Family Security Matters, believes it won’t matter whether President Bashir himself transforms Sudan into an Islamist state or he’s replaced by a regime that will, because “Sudan is on the way to joining the ranks of Iran and Saudi Arabia.”

Across the Red Sea in Yemen, new President Abd Rabbuh Mansur Al-Hadi is engaged in an intense, bloody struggle with al Qaeda as he seeks to build a new democratic regime. The future doesn’t look bright for Al-Hadi. Yemen’s Islamist groups only grew stronger, even taking control of vast tracts of territory, after the 2011 Yemeni uprising and the uncertainty surrounding the ouster of former President Ali Abdullah Saleh.

Al Qaeda was quick to make its feelings known. Within two hours of Al-Hadi being sworn in on February 27, an al Qaeda terrorist killed dozens when he drove a pick-up into the presidential palace in the southern port of Mukalla. In the days that followed, intense violence erupted across the nation, with al Qaeda terrorists attacking military outposts, ransacking ammunition warehouses, kidnapping and decapitating government officials, assassinating police officials and even destroying a fighter jet locked away on a secure airbase.

“Over 150 soldiers were slain in the four-day rampage, the deadliest spate of attacks against Yemen’s armed forces in the past year,” reported Time. Whatever happens, it’s unlikely al Qaeda will abandon its aspirations in Yemen any time soon.

The gravity of al Qaeda’s growing presence in North Africa is compounded by the nature of its relationship with the world’s most notorious state sponsor of terrorism: Iran. For years, intelligence experts closed their minds to the possibility of an axis forming between Sunni al Qaeda and Shiite Iran. But in recent years, growing evidence has emerged to prove that belief wrong.

Just this week, the trial in Germany of al Qaeda operative Ahmad Wali Siddiqui provided a stark glimpse into Iran’s direct support of Islamist terrorist attempts to conduct attacks in Europe. During his testimony, Siddiqui, a mid-level operative, discussed Iran’s central role in al Qaeda’s war on the West. According to this terrorist with firsthand knowledge, Tehran willingly facilitates the travel of terrorists between Pakistan, Afghanistan and the West and gives sanctuary to al Qaeda leaders and terrorists planning attacks.

Benjamin Weinthal and Thomas Joscelyn were present at Siddiqui’s trial this week and conveyed Siddiqui’s explanation of how “Iran was the principle gateway to jihad” for him and his counterparts.

Earlier this year, Seth Jones, a senior political scientist at rand, reported on his investigation of al Qaeda and its connection to Iran. “Evidence of the Iranian-al Qaeda partnership abounds—and much of it is public,” he wrote in Foreign Affairs. While al Qaeda has taken a beating in Pakistan and Afghanistan, “the group’s outpost in Iran has remained almost untouched for the past decade,” he wrote.

Then there’s the 2004 9/11 Commission Report, a government-sponsored investigation into al Qaeda’s Sept. 11, 2001, attacks in the U.S. On page 240, under the headline “Assistance From Hezbollah and Iran to al Qaeda,” the authors stated that “senior managers in al Qaeda maintained contacts with Iran and the Iranian-supported worldwide terrorist organization Hezbollah.” The report documented regular contact between Iranian security officials and senior al Qaeda figures prior to 9/11, and stated that “there is strong evidence that Iran facilitated the transit of al Qaeda members into and out of Afghanistan before 9/11, and that some of these were future 9/11 hijackers.”

With stunning recklessness, the U.S. government rejected the commission’s recommendation to investigate further Iran’s support of al Qaeda. However, a handful of victims of 9/11 recruited professional assistance to continue the investigation. “We had no governmental authority, hardly any budget, and no access to classified intelligence or intelligence assets,” wrote Kenneth Timmerman, who helped in the effort. “But what we found and made public starting this May is enough to hang a fish” (FrontPageMag.com, Sept. 9, 2011).

After years of reviewing the intelligence—including conducting interviews with cia agents, Iranian defectors and others—private attorneys disclosed their findings while representing 9/11 victims in U.S. District Court. Reporting on the court proceedings on Ynet News, Ronen Bergman noted how the “huge amount of evidence included in the lawsuit comes together to form a fascinating charge: Starting in the 1990s, Iran and Hezbollah helped Osama bin Laden and his deputy Ayman al-Zawahiri create a new terror organization from scratch, to be headed by Afghanistan veterans and members of Egyptian Islamic Jihad. Iran trained group members, equipped them with advanced technological means, enabled them to move freely and provided them with plenty of terror-related expertise and experience accumulated by Hezbollah in its operations against Israel and the United States” (emphasis added).

Why is this relevant? Because very little has been done to expose—let alone destroy—this proven deadly Iran/al Qaeda axis!

Reality is, the ubiquitous presence of al Qaeda and other Islamist organizations throughout North Africa gives Iran enormous influence in this key region—a region that, as Trumpet editor in chief Gerald Flurry has explained, includes the Red Sea and Suez Canal, two vital assets in world trade and geopolitics.

As challenging as it can be, it’s important we pay close attention to the Islamist wave sweeping through North Africa and the Middle East. The more momentum Iran and its radical Islamist proxies gain in this region, the better positioned they will be to fulfill their deadly ambitions. These ambitions include destroying the Jewish state, taking over Jerusalem and engaging in conflict with Europe. These are ambitions that Bible prophecy reveals will lead the world into World War iii!

Isn’t that something worth giving attention to?