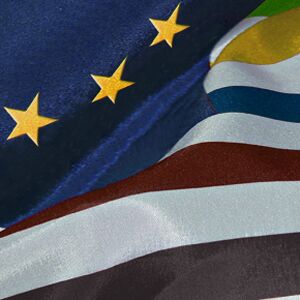 Led by Berlin, a select group of 10 states has formed to ‘revive the ideal of a united Europe.’

The name “Berlin Club” evokes images of a secretive organization, one in which wealthy old aristocrats gather together to drink scotch and plot to conquer the world.

Time will tell, but that impression might not be too far from reality.

Created and led by Germany, the “Berlin Club” met for the first time on March 20 in Berlin. There’s a lot we haven’t been told about Europe’s latest club of elitists. What we do know is that it’s the brainchild of German Foreign Minister Guido Westerwelle, that it is comprised of Europe’s most pro-unification states, and that it exists to reinvigorate the unification of Europe.

Germany is joined in the club by Poland, Belgium, Italy, the Netherlands, Portugal, Austria, Luxembourg, Spain, Denmark and France. The select group is scheduled to meet at least four more times to discuss proposals for closer integration, and plans to publish its conclusions in a final report. The club’s agenda is long, and includes discussions about European security and border control, fiscal and economic government, and ways to stabilize growth.

Yesterday, Presseurop translated an article from the Spanish abc newspaper reporting that “10 countries have formed the ‘Berlin Club’ to revive the European project.” According to the abc article, Berlin’s goal is to “create a kind of ‘club’ committed to developing formulas that, in these times of crisis, will revive the ideal of a united Europe” (emphasis added throughout). Since Europe’s financial crisis began in 2008, the EU has been hit with one crisis after another, with each being reported by many as another nail in the coffin of a United States of Europe.

Clearly Germany hasn’t got the memo, and isn’t prepared to give up on unification just yet.

In a separate but apparently related development, Westerwelle stated in a March 9 meeting with EU foreign ministers that the EU needs a new constitution. “I think we have to reopen the debate about a European constitution again,” he said. “We have a good treaty, but we need a constitution … as there are new centers of power in the world.” Many EU states disagreed with the German foreign minister. But not all.

Following Westerwelle’s statement, Reuters reported March 10 that nine EU nations had agreed to gather in Berlin on March 20 to discuss creating a new EU constitution. While the leaders involved have been characteristically vague, it appears Tuesday’s (March 20) meeting in Berlin about a new constitution was in fact the same one the abc article identified as the first gathering of the “Berlin Club.”

If so, then it appears the first priority of the 10-member German-led Berlin Club is the creation of a new European constitution.

So much for the opinions of the EU’s other 17 member states.

So much for European integration being a collaborative process that involves consensus, compromise and transparency.

So much for democracy!

It seems Germany, together with nine or ten other states loyal to the supreme goal of unification, is determined to make the dream of a United States of Europe a reality. It won’t be easy; as Europe’s financial crisis is making clear, the process will be fraught with hurdles and challenges. But Germany and a few select allies are not yet ready to abandon European unification.

Bible prophecy demands we watch Germany, and especially the “Berlin Club,” closely. In Mystery of the Ages, the late Herbert Armstrong explained how the prophecies in Revelation 13 and 17 foretell the resurrection of the Holy Roman Empire. He wrote, “… Daniel 7, and Revelation 13 and 17, is referring to the new United States of Europe that is now forming, out of the European Common Market, before your very eyes!”

Notice what Mr. Armstrong forecast next: “Revelation 17:12 makes plain the detail that it shall be a union of 10 kings or kingdoms that (Revelation 17:8) shall resurrect the old Roman Empire.”

The Trumpet has continued Mr. Armstrong’s forecast and explained repeatedly that a closely integrated group of 10 nations, or groups of nations, would emerge out of the 27-member EU behemoth that exists today. We don’t know for certain if the Berlin Club constitutes this group, but it’s absolutely possible. The formation of the Berlin Club does, however, prove that certain European elites know that the only way to European unification is if select states unite behind Germany to form a devoted, streamlined core.

Among the many details given in Revelation 17 about the now-forming resurrection of the Holy Roman Empire, it identifies this core bloc as being comprised of “ten kings.” Mr. Armstrong believed it was possible that the 10 nations or kingdoms that would comprise this combine might even be ruled over by 10 literal kings, coming from the various monarchies of Europe. If this is the case, then we should expect to see a renaissance of royal leadership in Europe.

With this in mind, it’s interesting to consider recent remarks by Germany’s Prince Philip Kiril of Prussia, a great-great-grandson of Germany’s last kaiser. Speaking to Germany’s Die Zeit newspaper last Thursday, Prince Phillip called for the reinstatement of a king in Germany. Reinstituting the monarchy in Germany, he explained, would help unite the nation, boost confidence and pride and speak to people’s emotions.

It’s difficult to predict precisely how these developments will play out. But while there’s uncertainty surrounding the details, there’s little doubt about the broader trends in Europe. First, it’s now patently obvious that Europe’s financial crisis has thrust Germany forward as the unchecked financial and political authority in Europe. Second, it’s clear that every European country serious about unification has fallen in line behind German leadership.

Finally, despite Europe’s perilous financial state and the immense political uncertainty, the creation of ventures like the Berlin Club prove that Germany and a few select allies have not abandoned the dream of creating a United States of Europe!