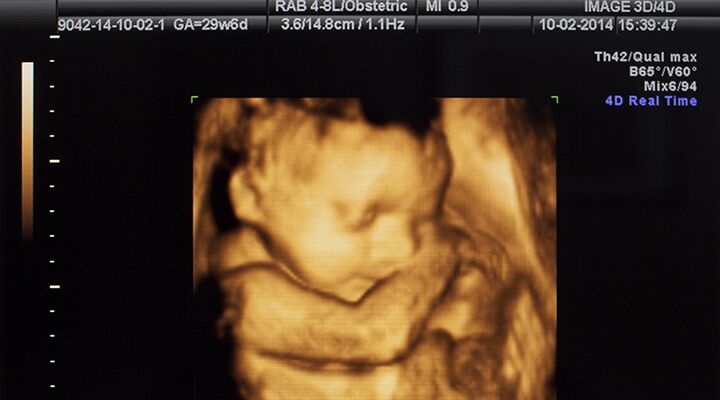 This isn’t simply about immoral mothers and doctors. It’s about a nation wallowing in moral anarchy.

Ever heard of gendercide? It’s the term applied to the abortion of a fetus because it isn’t of the desired gender. It’s also a term being splashed across British tabloids, thanks to a recent Telegraph investigation that found doctors across the nation are helping mothers abort their unborn because it’s the wrong sex.

No doubt, this is a scandal. According to Vincent Argent, the former medical director of Britain’s largest abortion provider, there’s “no doubt” women are terminating pregnancies because of gender, and that the “practice is fairly widespread.” For sure, this revelation is horrible, the practice profoundly despicable. But let’s get real—is it really shocking?

When it comes to sex and family, Britain’s moral compass has for decades been systematically pulverized, and a culture of sex worship developed. Nowadays, there are barely any qualms about any sort of premarital, promiscuous or perverted sex. The state effectively sponsors licentious sexual behavior, which includes selling it to children, giving contraceptives to teens, and supporting those who experience the consequences. Any sort of stigma attached to out-of-wedlock pregnancy, promiscuous sex, single parenthood, abortion, has vanished.

In Britain, abortion is considered as routine and mundane as any other medical procedure. The state has constructed large, brightly lit “clinics” and hired thousands of doctors and nurses, all for the purpose of terminating unwanted human lives. Depending on your circumstance, an abortion is free or at most a few hundred pounds, little more than a pair of decent shoes and a dress to match. It’s taken 40 years, but having an abortion in modern Britain is considered little more than an inconvenient, unavoidable mishap, a rite of passage for the woman living a happy, liberating life.

Britain’s 1967 Abortion Act doesn’t explicitly sanction abortion on demand. In fact, it clearly states that aborting a fetus is only permissible if the “termination is necessary to prevent grave permanent injury to the physical or mental health of the pregnant woman.” But the reality is, the law, both in spirit and letter, has been usurped, often by the state itself. It’s clear that “a very large number, and quite possibly the vast majority, of abortions carried out in [Britain] are against the spirit, if not quite the word, of the law,” wrote Theodore Dalrymple in the wake of the gendercide scandal.

The result? Britain is now the abortion capital of Europe, with 10,000 foreigners visiting each year to terminate a pregnancy. Since 2002, more than 35,000 girls under the age of 16 have had an abortion. In 2010, more than a quarter of abortions among girls under 25 were repeat procedures. Since the 1967 Abortion Act, there’s been a 3,700 percent increase in abortions in Britain. Abortion is treated as a form of contraception, as quick, simple and, most notably, as socially and morally acceptable as popping a pill.

Yet, many are shocked, appalled,repulsed to learn that sex-selective abortions are happening.

Britain’s Conservative secretary of state for health, Andrew Lansely, reacted to the Telegraph investigation by stating that sex-selected terminations were “illegal and morally wrong.” Yes, he actually invoked morality to condemn the practice. So, British culture can promote sex far and wide; teens as young as 12 can engage in perverted, promiscuous sex to their heart’s desire; the government can instruct children as young as 4 in sex and even distribute contraceptives; and hospitals and clinics can terminate tens of thousands of fetuses each year. All these are apparently morally acceptable activities that ought to be sanctioned by government.

But, to abort a fetus because it’s the wrong gender is reprehensible and “morally wrong.”

Really? Really? That’s like giving a man a gun and encouraging him to kill, but then condemning him for only killing tall people. Morally, is there really a distinction between ending a pregnancy because the parent/s don’t want a girl, and ending a pregnancy because the parent/s simply don’t want a child? Either way, the end result is the termination of an unborn human.

Those who endorse abortion generally believe an unborn child isn’t a living being and therefore doesn’t yet have a claim to life. Because the fetus isn’t living, they say, it doesn’t have moral worth. If that’s the case, what difference does the gender make?

Just so we’re clear, I’m not highlighting the self-righteous hypocrisy in an attempt to justify gender-selective abortion. To the contrary, it’s a horrid, repulsive, deeply disturbing act—that is, terminating an unborn fetus. Yet that happens 190,000 times a year in Britain, and neither Andrew Lansely, nor the Guardian or Independent, nor the British public, raise an eyebrow!

The fact that this is such an enormous scandal reveals the profound moral anarchy within mainstream Britain. The person who sanctions abortion, yet vehemently condemns gender-specific abortion, is lost spiritually and morally. And it would seem there are millions of such individuals in Britain today.

More than anything, this scandal provides a lesson in the fruits of lawlessness.

Without morals and ethical standards that are protected and upheld by laws governing conduct, human behavior quickly degenerates. Consider the traditional values governing marriage and family, and the laws that once protected those values, which have been gradually loosened and even rejected. Free of the “burdensome” morals and laws governing sex and family, more people, especially teens, are having sex whenever, wherever, however and with whomever they want. But think, where has this freedom taken us? British (and American) society is shackled with problems created by free sex, with the stds, sexual abuse, teenage pregnancy, single motherhood, abortion—in addition to the spiritual, psychological and financial effects—that result.

When will we realize that the amoral, lawless path leads to ruin?

You watch. Our moral anarchy will result in some of the most sickening practices imaginable (bestiality, pedophilia) creeping into the mainstream and becoming accepted behavior. Just this week, two “ethicists” argued in the Journal of Medical Ethics that if the abortion of a fetus is morally acceptable, then so is the termination of a newborn baby. If there’s no law or morality, then anything goes.

Perhaps you think this is absurd. But 50 years ago, so was the thought of a society in which tens of thousands of pregnant women, many teenage girls, would visit brightly lit, government-operated clinics and ask to have their unwanted child terminated.

It’s so easy to look at Britain’s gendercide and be shocked and appalled. At the mother (and father) who would end a life because it’s the wrong sex, at the doctors and nurses who would participate in such an act, and at the government in whose clinics this occurs. It’s so easy to pompously condemn these people. But stop a moment and consider your role. Do you endorse a sex-crazed culture? Didn’t millions of citizens elect the politicians responsible for loosening the laws regarding abortion? Weren’t those clinics, and the doctors who work in them, paid for with tax dollars?

Where do you stand on law and morality, and how resolutely are you making your stand?

The gendercide under way in Britain is not simply a result of the rejection of law and morality by a few individuals, be it the mother seeking the termination of her baby or the doctor performing the procedure. Ultimately, it’s the result of a government, a culture, an entire nation, caught in the grip of moral anarchy—and fast descending into total lawlessness.